More than the Sum of its Parts

All municipalities belonging to Metro Winnipeg were located on
Treaty No. 1 territory and the Homeland of the Métis Nation.

X Close
was showing symptoms of the "metropolitan problem"During the 1950's, the term "metropolitan problem" was used to refer to a situation then common in many rapidly urbanizing areas: the need to coordinate planning among several local governments as they spread out to accommodate population growth and industrial development.

Typically, a metropolitan area consisted of a central city surrounded by a number of smaller communities. During the 1950’s in particular, the spaces between these communities and the central city began to fill up with residential, commercial and industrial development and cause conflict between local government bodies. Despite these difficulties, growth caused the smaller municipalities to become more closely linked with the central city - and vise versa – as people traveled throughout the region for work and recreation."

Winnipeg and its neighbours needed a way to sort out conflicting municipal practices, tax structures and attitudes to growth and change in order to move forward. 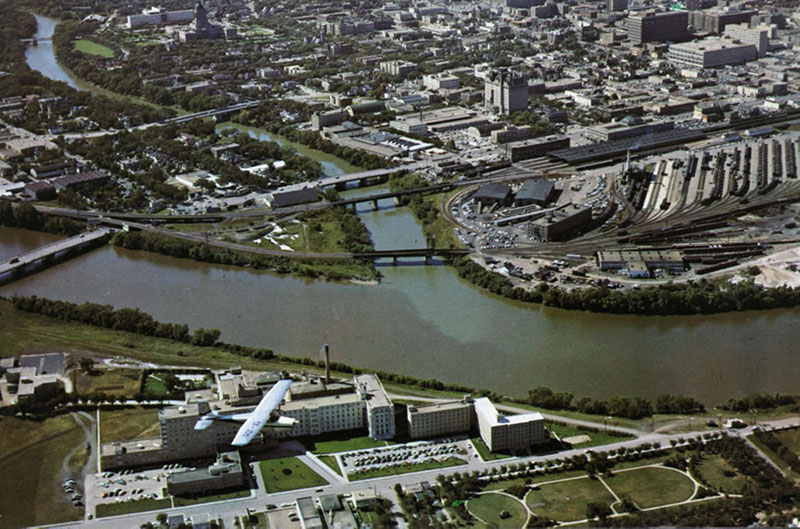 X Close to study and report on inter-municipal issues in the Greater Winnipeg Area.

After four years of research and consultation, the Commission recommended that a strong central government be formed, with responsibility for regional streets, water, bridges, parks and the supply of power. The Metropolitan Corporation of Greater WinnipegThe Metropolitan Corporation of Greater Winnipeg (Metro) was created in 1960 under Bill 62 of the Province of Manitoba, An Act to Establish the Metropolitan Corporation of Greater Winnipeg. Metro had jurisdiction over the City of Winnipeg and adjacent municipalities, as well as the Additional Zone. Metro had an appointed chairman and ten councillors elected by citizens in ten electoral divisions, each of which included a part of Winnipeg and parts of one or more adjoining municipalities. The first Metro Council was elected on Wednesday, October26, 1960. R. H. C. Bonnycastle, the first Chairman of Metro Council, was appointed by the Provincial Government.

Until it was replaced by Unicity in 1971, Metro met with ongoing resistance from area municipalities, was blamed for increased taxation, and was accused of being remote to citizens. 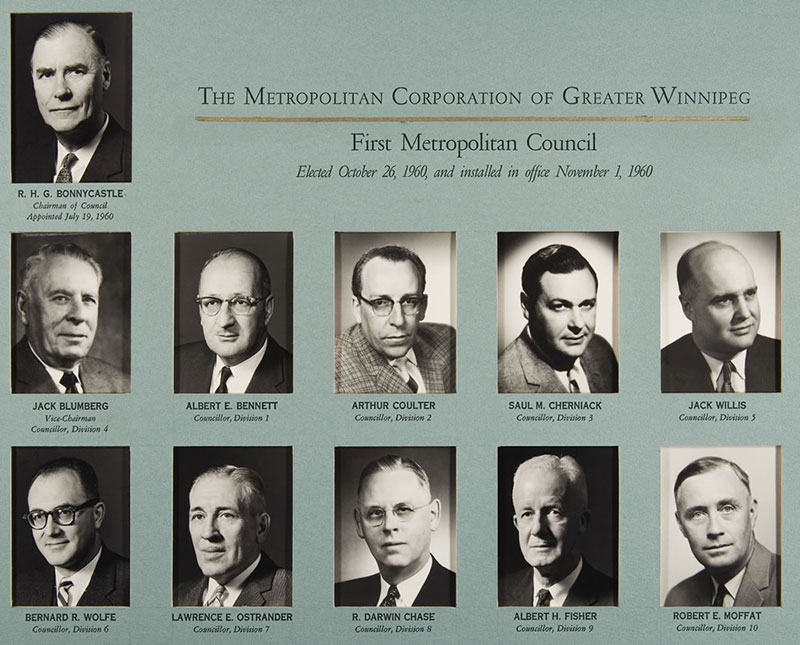 X Close of 492.86 square miles. To facilitate planning in the Greater Winnipeg Area, Metro required a comprehensive set of maps for the entire region. Various versions of city maps and plans were produced over the years, both by Metro and by private companies. Among the first was Complan Ltd.’sCOMPLAN atlases had three component parts and were revised on a continuous basis to show changes to street names, zoning and the registration of new plans in the region:

Area Sheets: show each municipality in its entirety. Indexing codes on Area Sheets lead to map sheets for specific areas within the municipality.

Complan’s Area Sheets for each municipality are featured in this exhibit – as at 1960 or 1961 – the first years in which Metro had authority over the Greater Winnipeg Metropolitan Area. The complete Complan Atlas for 1960-1961 is available at the City of Winnipeg Archives. 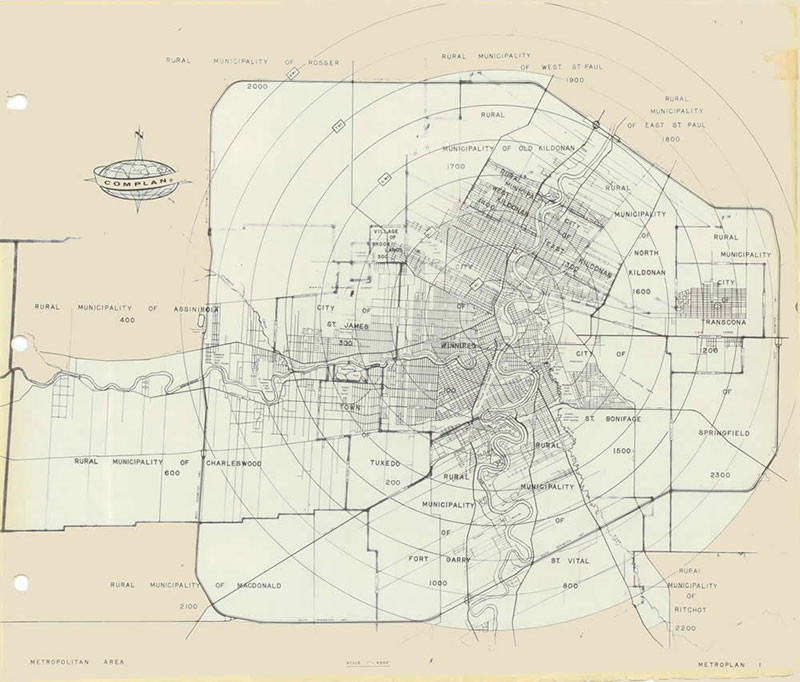 The Rural Municipality of Charleswood was incorporated in 1913 when the community on the south side of the Assiniboine River chose to separate from the Municipality of Assiniboia, which then straddled the river.

X Close of the new municipality met, with George Chapman as its first ReeveReeve: The elected head of a municipal council. 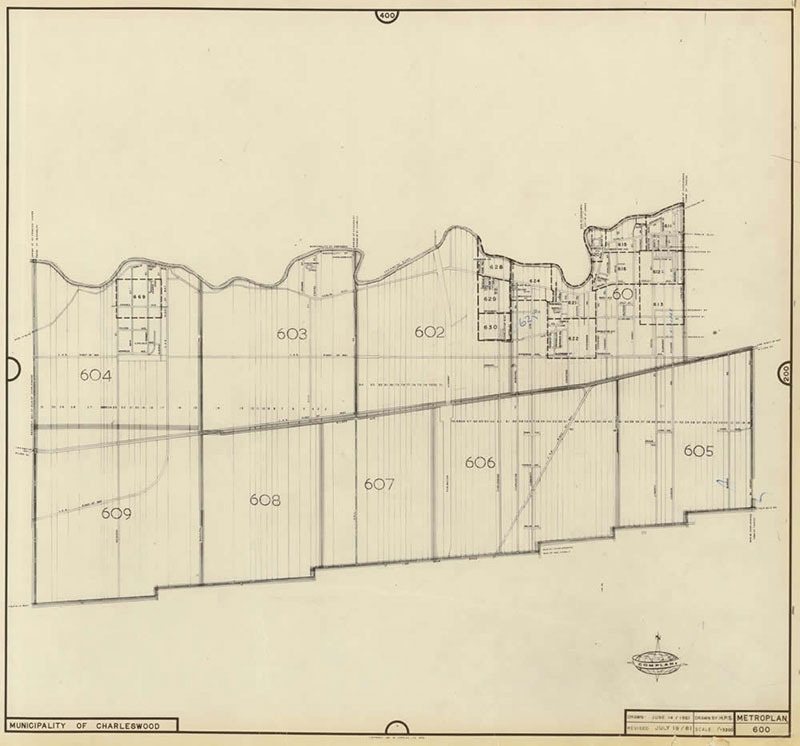 X Close of the new municipality met, with R. A. C. Manning as ReeveReeve: The elected head of a municipal council. 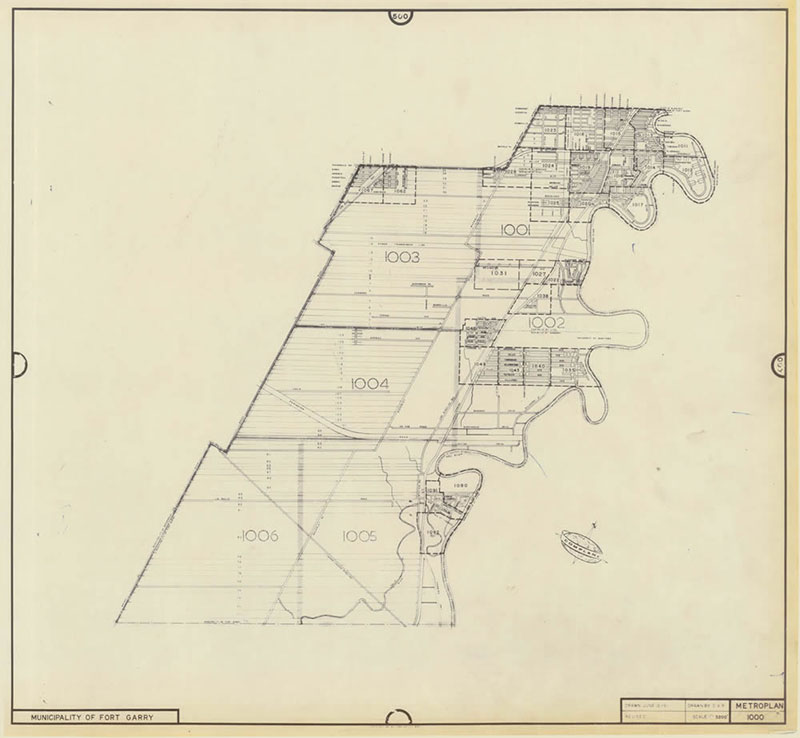 The Rural Municipality of North KildonanThe name "Kildonan" dates from 1817, when the Earl of Selkirk created the Parish of Kildonan while visiting the colony he had established in 1812. The name refers to the Strath of Kildonan on the Sutherland estate in Scotland. Many of the original Selkirk settlers came from this area.

X Close was incorporated in 1924 when rural residents of the Rural Municipality of East Kildonan chose to break away from their urban counterparts over concerns for development of the area.

X Close meeting for the new municipality was convened in 1925, with H. C. Whellams as ReeveReeve: The elected head of a municipal council. 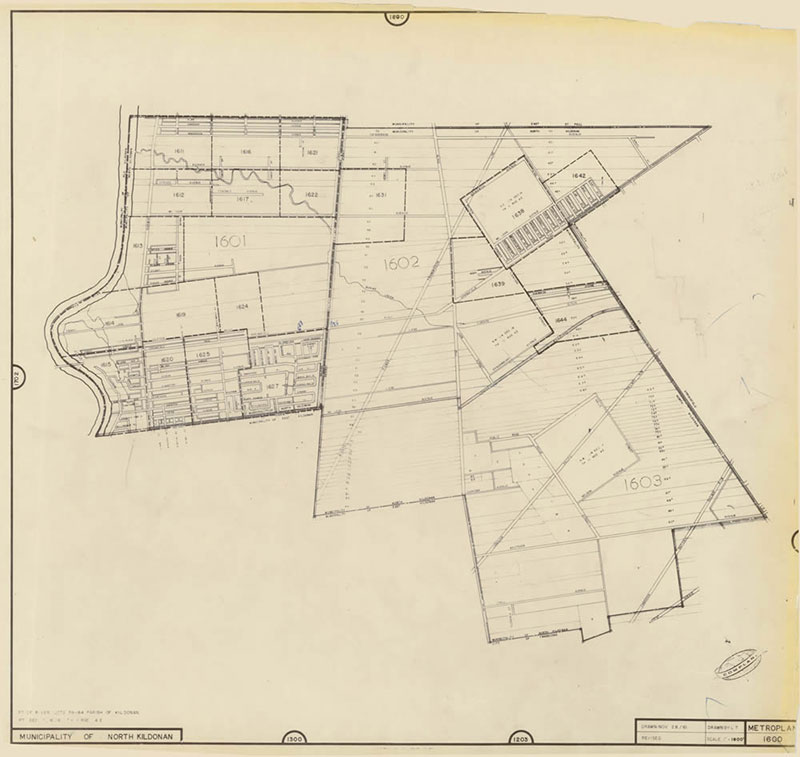 The Rural Municipality of Old KildonanThe name "Kildonan" dates from 1817, when the Earl of Selkirk created the Parish of Kildonan while visiting the colony he had established in 1812. The name refers to the Strath of Kildonan on the Sutherland estate in Scotland. Many of the original Selkirk settlers came from this area.

X Close for the newly-formed municipality met in 1921, with Charles A. Tanner as its first ReeveReeve: The elected head of a municipal council. 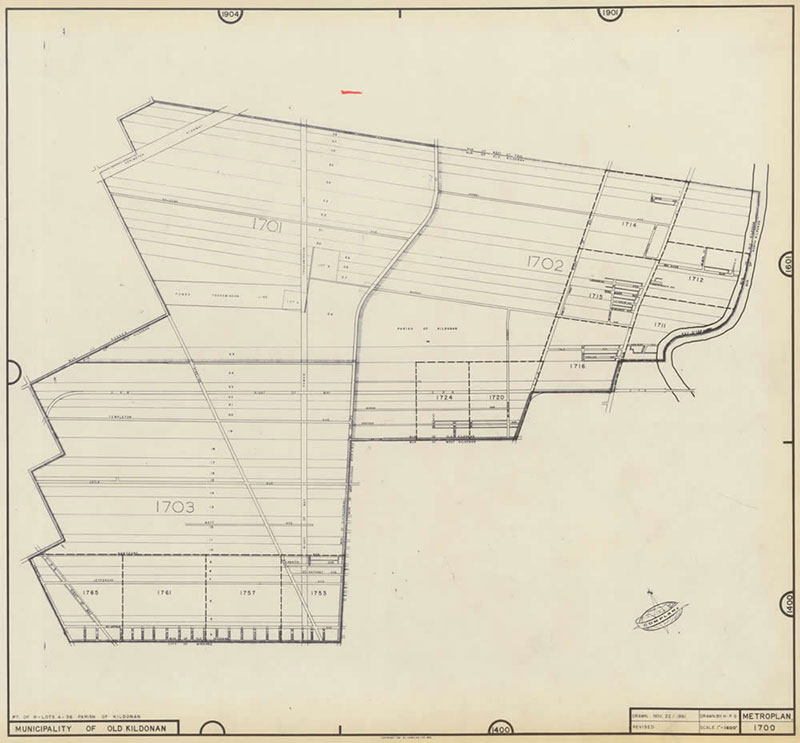 The Town of Tuxedo was incorporated in 1913, two years after it was subdivided out of the Rural Municipality of Assiniboia. The area had been identified for development as a suburb for wealthy homeowners by Frederick William Heubach, a real estate promoter and founder of the The Tuxedo Park Company Limited Heubach was born in Ottawa in 1859 and arrived in Winnipeg in 1879. He worked as an accountant with the Hudson’s Bay Company, as the manager of the Winnipeg Industrial Development Exhibition Association, and in real estate in partnership with W. J. Christie, an established real estate broker. He then formed his own company – the Tuxedo Park Company Limited.

Between 1903 and 1905, Huebach acquired 3,000 acres of land for residential development. In 1905, he hired Rickson A. Outhet, a landscape architect from Montreal, to plan the development. The Outhet plan of 1905 was never realized. In 1910, Heubach commissioned a new firm to plan the Tuxedo development. With minor changes only, the Olmsted Bros. plan of 1910 was to guide the development of Tuxedo over the next several decades.

In 1913, the Tuxedo Park Company Limited incorporated the Town of Tuxedo and F. W. Heubach became its first Mayor. He died in 1914.

Olmsted was born in Hartford, Connecticut on April 25, 1822 and died on August 28, 1903. The firm he started in 1883 continued after his death as the Olmsted Brothers, under the guidance of his sons John Charles Olmsted and Frederick Law Olmsted Jr.

X Close for the Town of Tuxedo met in 1913 with Frederick William Heubach as Mayor. 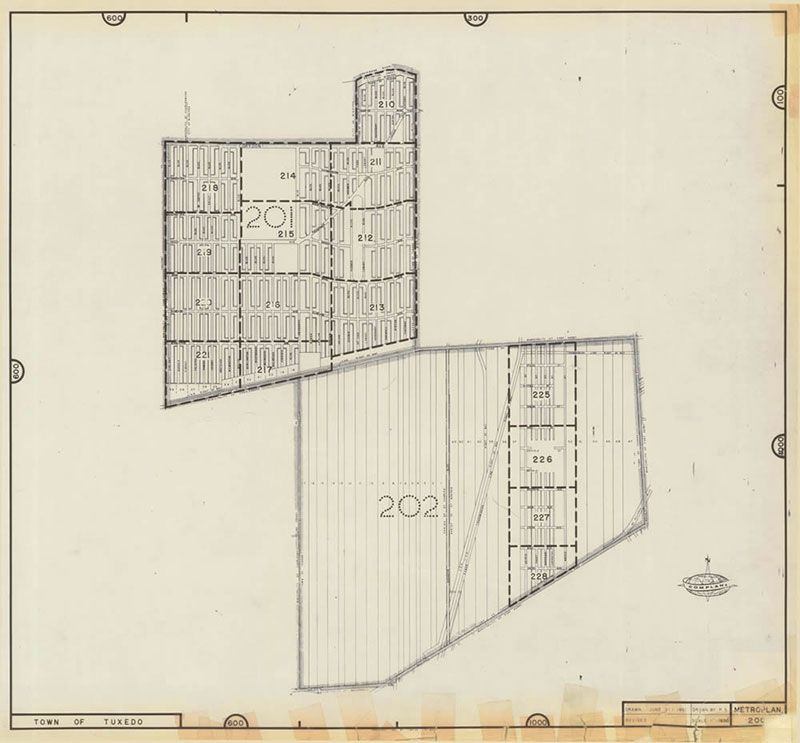 The City of East KildonanThe name "Kildonan" dates from 1817, when the Earl of Selkirk created the Parish of Kildonan while visiting the colony he had established in 1812. The name refers to the Strath of Kildonan on the Sutherland estate in Scotland. Many of the original Selkirk settlers came from this area.

X Close meeting for the Rural Municipality of East Kildonan was convened in 1914, with D. Munroe as ReeveReeve: The elected head of a municipal council.

X Close. The first Council for the City of East Kildonan met on July 2,1957, with George Nordland Suttie as Mayor. 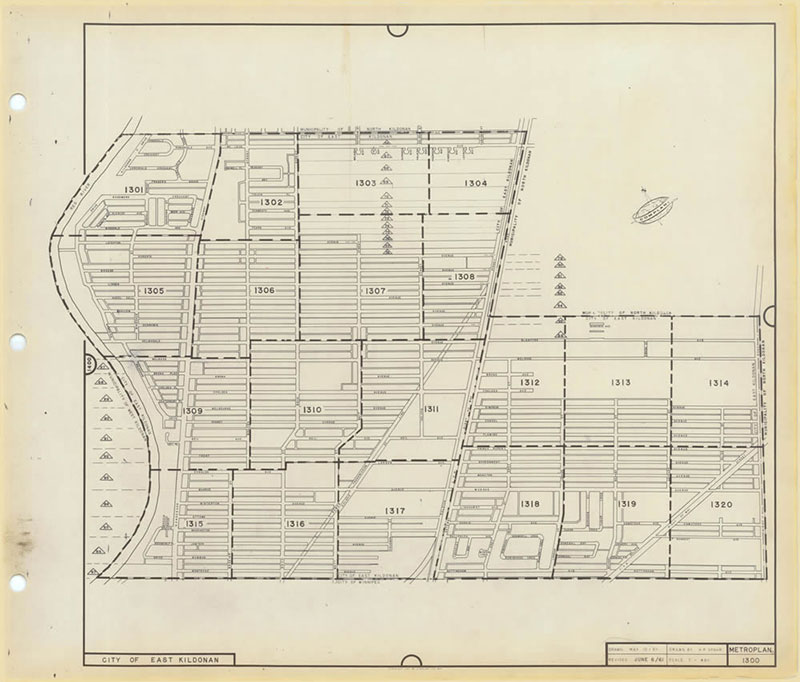 The City of West KildonanThe name "Kildonan" dates from 1817, when the Earl of Selkirk created the Parish of Kildonan while visiting the colony he had established in 1812. The name refers to the Strath of Kildonan on the Sutherland estate in Scotland. Many of the original Selkirk settlers came from this area.

X Close for the Rural Municipality of West Kildonan met in 1914 with Edmund Partridge a ReeveReeve: The elected head of a municipal council. 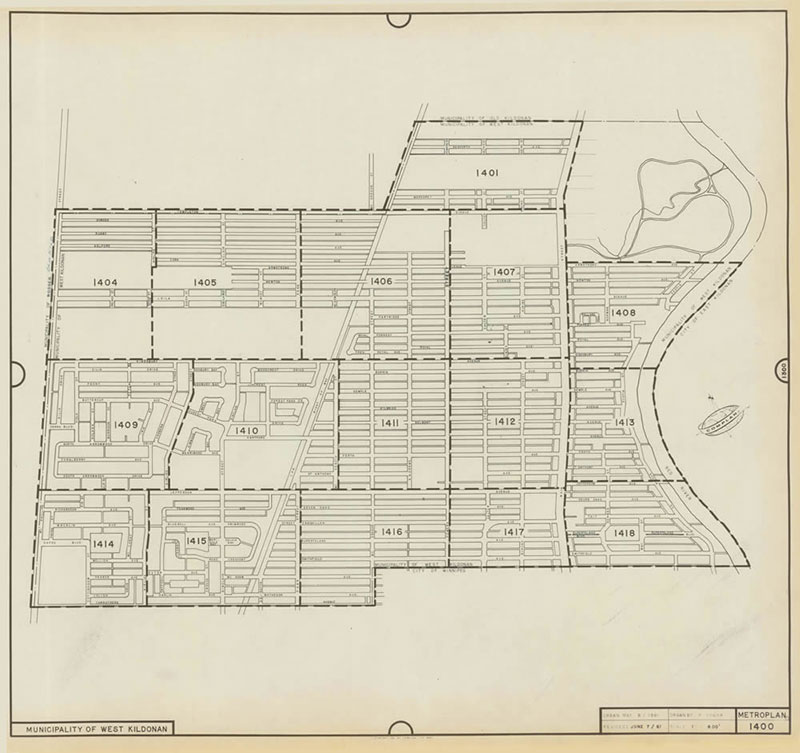 X Close for the Rural Municipality of St. Vital met in 1909, with Pierre Dumas as ReeveReeve: The elected head of a municipal council. 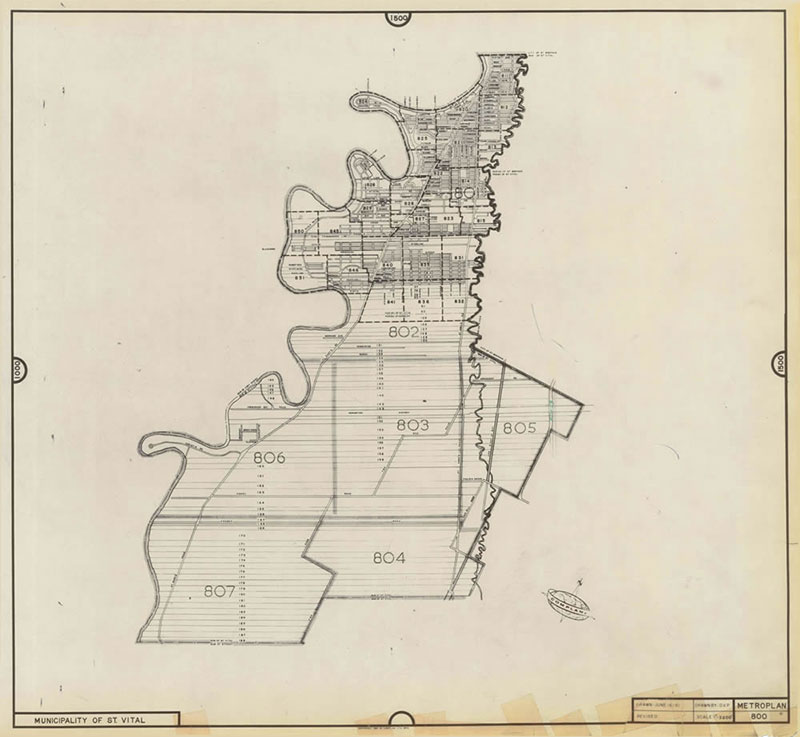 The Town of Transcona was founded in 1912 to provide municipal services to workers attracted by employment opportunities with the Canadian Pacific Railway (1907) and the Grand Trunk Pacific Railway (1908). The name "Transcona" was derived from the names "National Transcontinental Railway" and "Lord Strathcona"Donald Alexander Smith, Lord Strathcona, was born in Forres, Scotland in 1820 and died in 1914. Smith arrived in Canada in 1838 and began his long career with the Hudson's Bay Company. In addition to Hudson's Bay Company positions, he managed a varied career in business and politics and was deeply involved in development of the rail system in Canada. 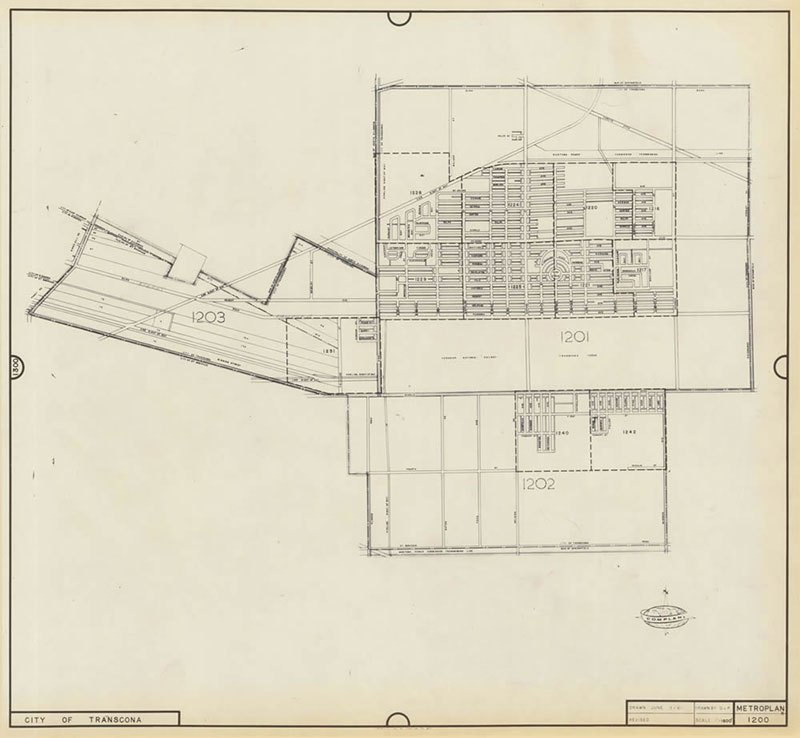 In 1818, Lord Selkirk made a grant of land to the Catholic Church for a mission and school for the French Catholic community. Reverend Norbert Provencher arrived that same year to establish the first Catholic mission church in the west and named the settlement for the medieval evangelist, St. Boniface.

X Close for the Rural Municipality of St. Boniface met in 1880. Roger Marion and Joseph Joyal both served as Préfet (ReeveReeve: The elected head of a municipal council. 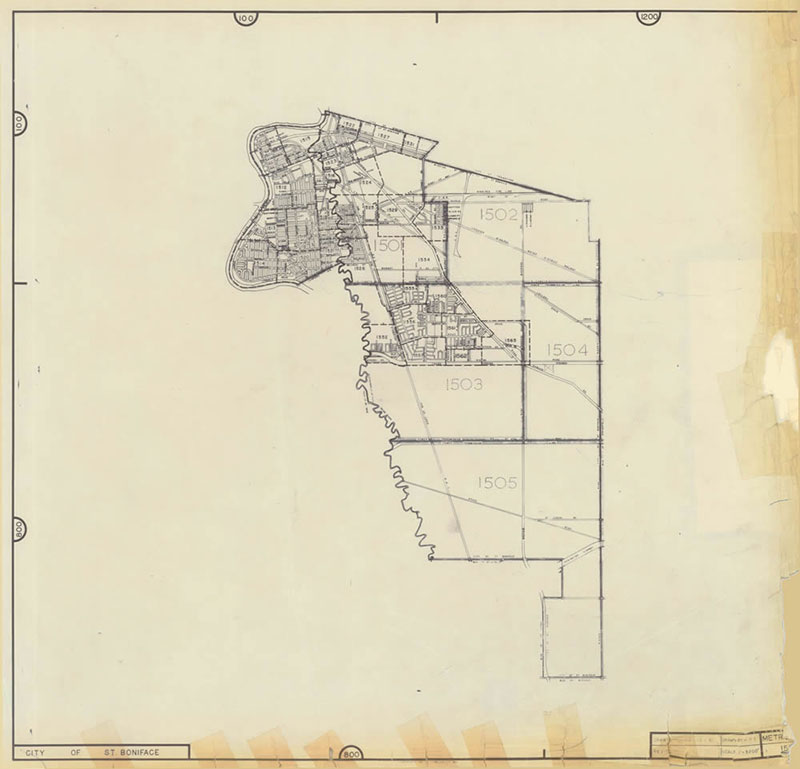 The City of St. JamesThe name "St. James" originated in 1853 when the Church of England received a grant of land from the Hudson’s Bay Company and formed the Parish of St. James.

X Close for the Rural Municipality of St. James met in 1921, with J. W. Godkin as ReeveReeve: The elected head of a municipal council. 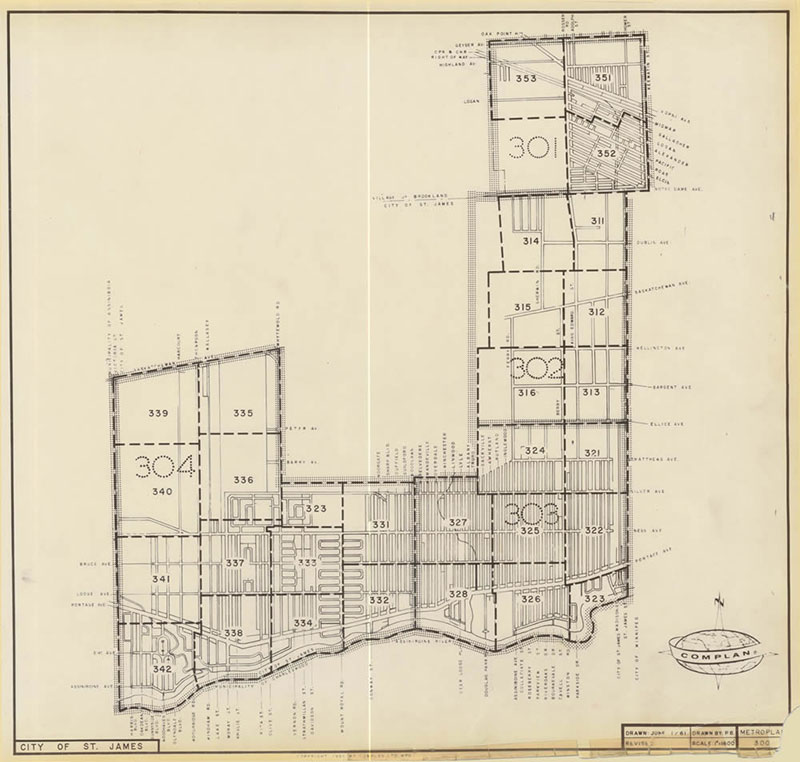 X Close for the Rural Municipality of Assiniboia met in 1880, with William Tait as Warden. The first Council for the new City of St. James-Assiniboia met on January 7, 1969, with A. W. Hanks as Mayor. 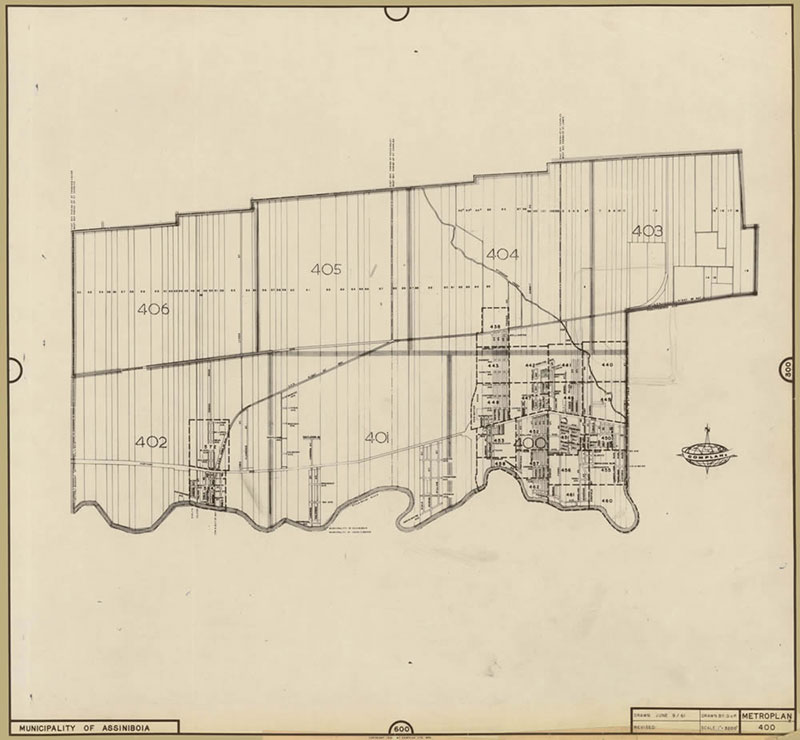 While Metro achieved improvements in many service areas, civic politicians and citizens alike were dissatisfied with the structure of government in metropolitan Winnipeg. Key concerns were the fragmentation of authority and financial capacity and a lack of citizen involvement that resulted from two tiers of government.

Despite its political problems, Metro was considered an administrative success by two provincially-appointed inquiries conducted during the 1960’s. In particular, the Metro experience softened negative attitudes towards amalgamation within and around Winnipeg and led to the creation of the Unified City of WinnipegIn January of 1972, metropolitan government in Winnipeg was replaced by a new form of civic government defined in The City of Winnipeg Act (Bill 36 of the Province of Manitoba received Royal Assent on July 27, 1971). The Act incorporated the City of Winnipeg and 12 area municipalities, as well as the Metropolitan Corporation of Greater Winnipeg, into the new Unified City of Winnipeg or Unicity. In 1972, the new local government structure for Winnipeg consisted of a Council and Committees and a Board of Commissioners. Council consisted of fifty councilors, one for each of 50 wards, and a Mayor elected by a vote of the City at large. The inaugural meeting of the new Council took place on January 4, 1972.

The Act was distinctive in that it provided for the centralization of policy and decision-making authority for Winnipeg and surrounding municipalities, but allowed for decentralization of the political process and grassroots participation in civic politics through Community Committees – which were made up of elected representatives from combinations of wards within the boundaries of former municipalities.

For information on the present structure of civic government, please see Committees of Council. 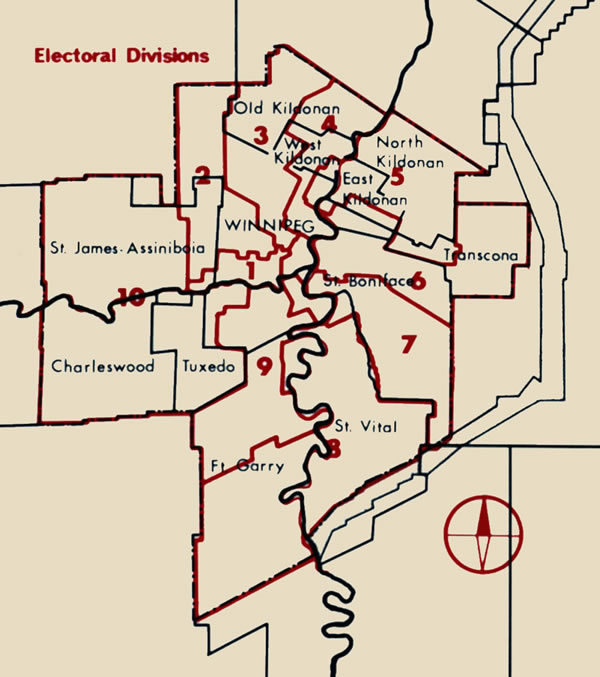