Many photograph collections contain examples of street photography. At their best, these images document the built environment, capture street life, and deliver candid portraits to their chosen subjects.

While street photography was practiced freely in many cities, photographers in Winnipeg were hampered by City by-laws that prohibited the distribution of handbills or advertising matter on city streets. At issue were the street photographers' calling cards. These cards were given to pedestrians to tell them that a candid photograph had been taken and could be purchased at the photographer’s place of business.

By 1947, numerous letters and petitions from photographers lead to by-law amendments that allowed photographers to purchase licenses and ply their trade on the streets of Winnipeg. 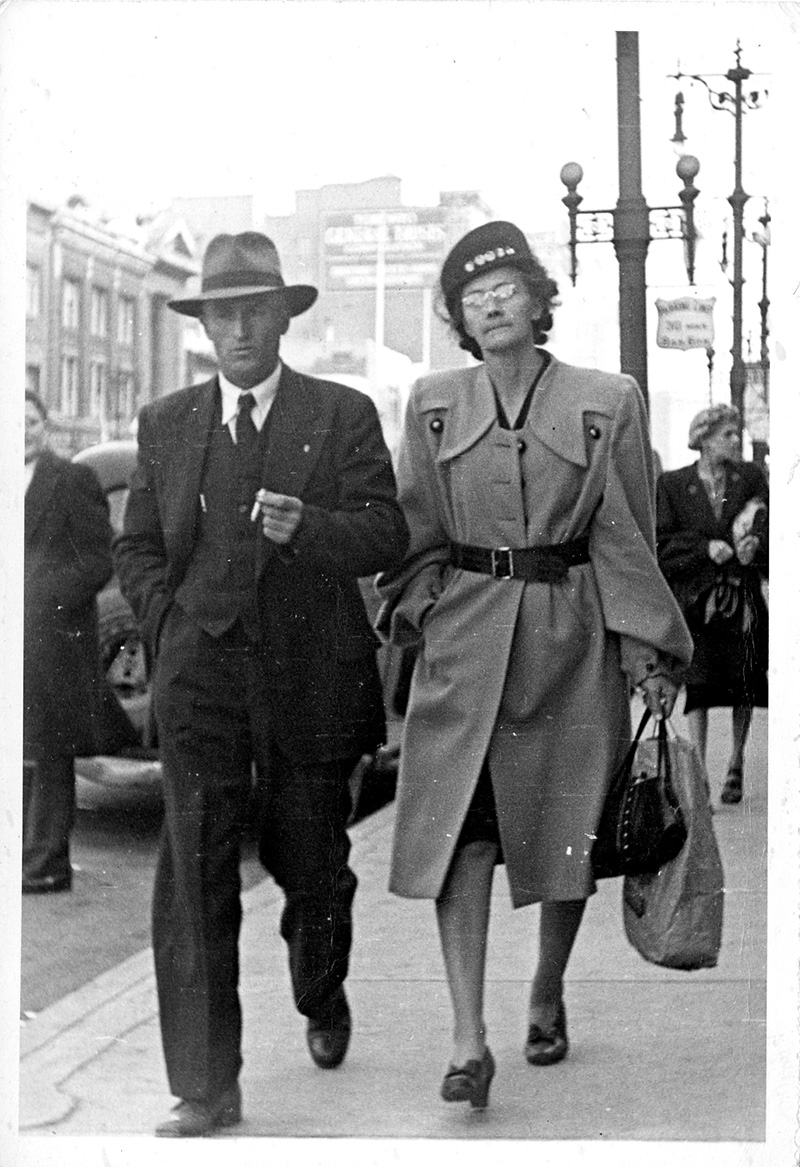 During the Cold War, perceived threats to civilian populations and environmental concerns prompted the organization of Civil Defence plans for cities across North America. In the Greater Winnipeg area, municipal officials took an active role in these plans - coordinating local government services, strengthening infrastructure and performing other tasks related to emergency preparedness.

Radio announcements and exhibitions emphasized planning ahead – instructing people to keep their vehicles gassed and ready or to locate the nearest “mass loading point” in case evacuating the metropolitan area proved necessary.

Critics of Civil Defence were quick to point out the flaws in such plans. In a strongly worded letter to Mayor Stephen Juba, one citizen confessed to being “flabbergasted.” Citing the absurdity of escaping a nuclear attack via a “quick getaway” or via public transportation, she called on the Mayor to end the programOver time, Civil Defence evolved into emergency measures programs. The Civil Defence Act passed in 1952 was amended and changed, but never repealed. 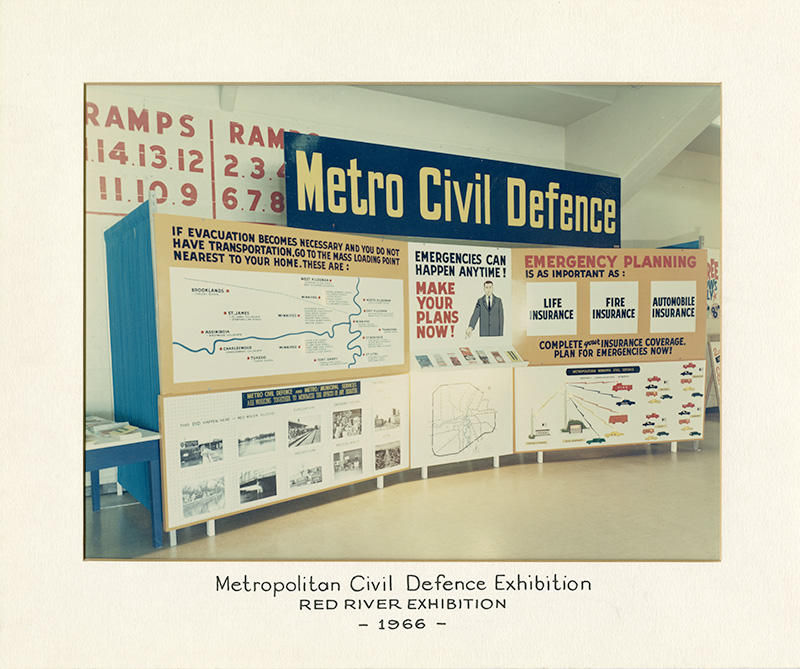 C. J. Brown (1855-1926) has the distinct honour of being Winnipeg’s longest-serving City Clerk. His impressive record of service dates to the City’s beginnings in 1874 when he assisted his father A. M. BrownAlexander McDougall “A. M.” Brown (1820-1895) was appointed Winnipeg’s first City Clerk in 1874. He resigned in 1883 following a dispute with Council. During his tenure, Brown was called “The Man Who Knows” given his ability to answer questions on a wide range of subjects related to civic affairs.

X Close, the first City Clerk. He became acting City Clerk in 1879 and took up the position on a permanent basis following his father’s departure in 1883. Ever the faithful servant, he held this position until his death on July 15, 1926.

As City Clerk, he acted as the official “keeper of the record” – caring for records of municipal decisions, communications and by-laws. This task became more onerous as the City grew in size and complexity, leading Brown to petition Council for additional staff. He aimed to make his office a "model one", he once wrote, with a "thorough system of keeping the city records." The filing systems and indexes created during his time are still used to connect us with the records of our past. 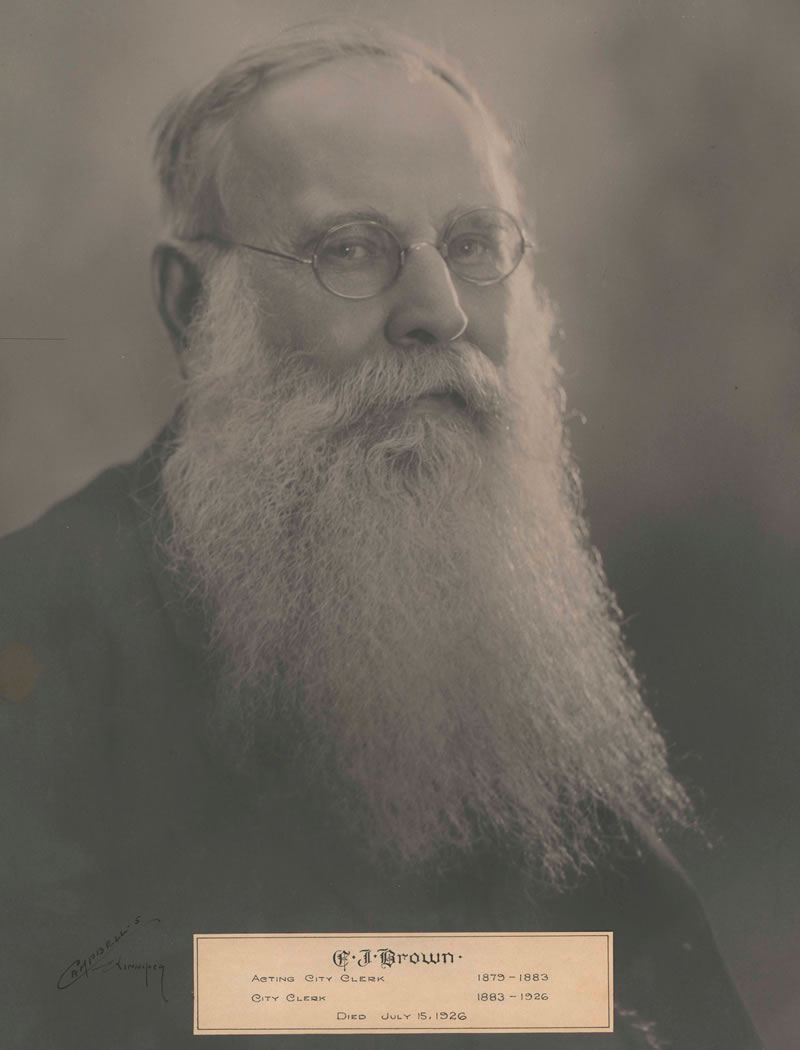 All major cities have to deal with pests, rats being some of the most infamous. Winnipeg was no exception. The City hired a rat catcher in 1913 at 10 cents per tail and sought a number of solutions to this ongoing problem.

Upon seeing a report of the City’s “serious” rat problem in the newspaper, a local businessman by the name of James M. Hargreaves wrote to Council in hopes of promoting a product called Extirmo. The pamphlet he sent described the product as “The Triumph of Science.” It instructed readers to “DO YOUR DUTY and help to DESTROY THE DANGEROUS RAT, or GOPHER, the DESTRUCTIVE MOUSE and the OBNOXIOUS ROACH by the aid of EXTIRMO.” Hargreaves offered the City six free trials of this product and asked the recipient to “Remember your most thickly infested district.” This district is not identified – however, some of the spots known to have high concentrations of rats at this time were stables and incinerators in and around the city centre. There is no evidence to suggest the City officials accepted Hargreaves offer or if they ever saw the supposed wonders of this product for themselves.

Unveiled on November 11, 1928, the Winnipeg Cenotaph honoured those who gave their lives in the First World War. Historical accounts of its creation focus on the controversyA contest was held for the design of the memorial. When it was discovered that the creator of the winning design, Emanuel Hahn, was born in Germany, a second contest was held for British-born subjects. The winner of the second contest was Elizabeth Wood. It later came out that Wood was the wife of Emanuel Hahn. In the end, the design of Winnipeg architect Gilbert Parfitt was selected instead of Wood’s. The selection committee claimed to prefer Parfitt’s design because it was a cenotaph.

X Close over selecting the design. How the site was chosen is less understood.

Its present site at Memorial Boulevard was one of several possibilities. City Surveyor R. H. Avent wanted the memorial in the square in front of City Hall. His letter to the selection committee argues against building the cenotaph at the busy intersection of Portage Avenue and Main Street. Avent preferred a site “where it may be approached in the spirit of reverence and opportunity provided for visitors to meditate upon its significance.” The selection committee took such ideas into consideration, along with the recommendations of planning professionals and public opinion. It selected a site at Memorial Boulevard south of York Avenue. When acquiring the land proved difficult, the City was approached for the land at Memorial Boulevard north of York Avenue. This request was granted by Council Motion on July 25, 1927. 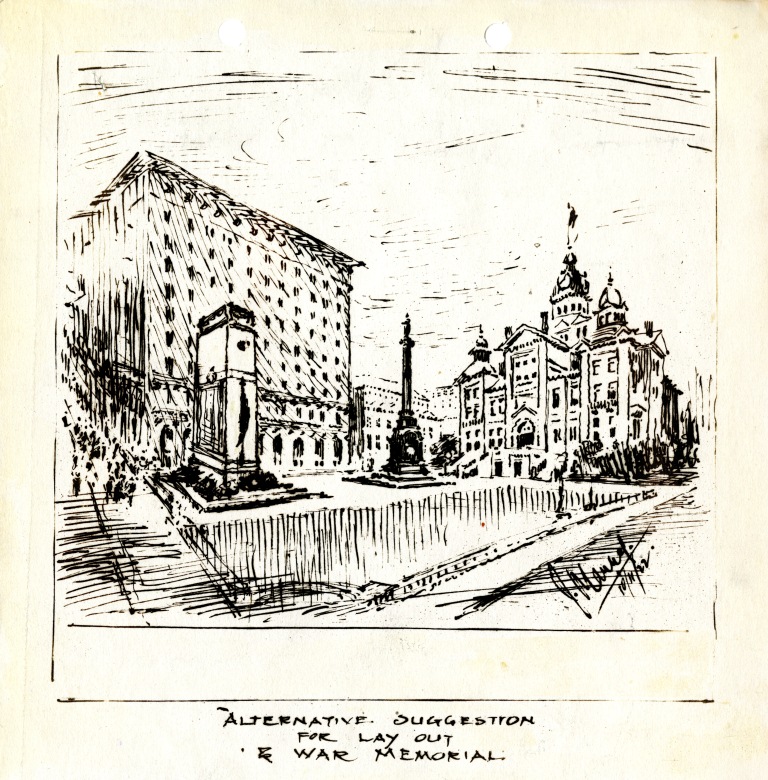 When the St. Vital Bridge opened on December 14, 1965, a ceremony was held to mark the occasion. The list of attendees included the Mayor of St. Vital Harry Collins, Metro Chairman R. H. G. Bonnycastle, and Premier Duff Roblin. Together, they represented the cooperative effort that went into the making of the bridge.

The St. Vital Council lobbied for the project in years prior. Secretary Treasurer Fred P. Tod described the matter as “most urgent” – citing heavy traffic over the outdated Elm Park Bridge and through Kingston Crescent. Intensifying the traffic problem was the bottleneck at the Norwood Bridge and routing of the Trans-Canada Highway through St. Vital.

With financing from the Province and newly created Metropolitan Corporation of Greater Winnipeg The Metropolitan Corporation of Greater Winnipeg (Metro) was created in 1960 under Bill 62 of the Province of Manitoba, An Act to Establish the Metropolitan Corporation of Greater Winnipeg. Metro had jurisdiction over the City of Winnipeg and adjacent municipalities, as well as the Additional Zone. Metro had an appointed chairman and ten councillors elected by citizens in ten electoral divisions, each of which included a part of Winnipeg and parts of one or more adjoining municipalities. The first Metro Council was elected on Wednesday, October 26, 1960. R. H. G. Bonnycastle, the first Chairman of Metro Council, was appointed by the Provincial Government.
Until it was replaced by Unicity in 1971, Metro met with ongoing resistance from area municipalities, was blamed for increased taxation, and was accused of being remote to citizens.

X Close (Metro), the project was realized. After completing the bridge, Metro issued a press release outlining the accomplishment. 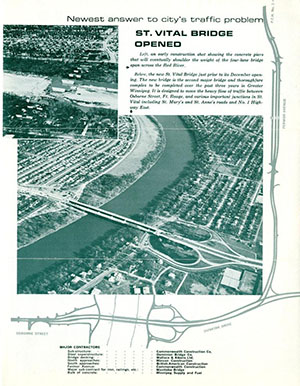