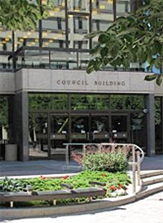 The City of Winnipeg Charter requires that a general election for members of Council be held on the fourth Wednesday of October every four years.

The upcoming Municipal Council and School Boards Election will be held on October 26, 2022. Additional information can be found on the 2022 election website.

In addition to conducting the election for Mayor and Councillors, the City Clerk’s Department runs elections for School Trustees on behalf of the following school divisions within the boundaries of the City of Winnipeg:

Each School Division is divided into a certain number of wards and more than one candidate may be elected to the Office of School Trustee for each ward.

The last general election in Winnipeg was held on Wednesday, October 24, 2018, for the offices of Mayor, Councillors and School Trustees. The official results can be found on the 2018 Election website.

On occasion, by-elections are called to fill vacancies for the Office of Mayor, Councillor or School Trustees. Provisions for by-elections are outlined in The City of Winnipeg Charter and The Municipal Councils and School Boards Elections Act.

Where to Find Us