The City of Winnipeg, through the Journey of Reconciliation is committed to raising awareness of the Rooster Town story and changing the narrative by sharing the families’ experiences to address myths and stereotypes related to the community, and the City’s past role and future response to their forced displacement.  The City will commit to working with families, Accord Partners and various departments to change the narrative through; Acknowledgment, Commemoration, and Education.

In the late 1800s, after being pushed from their Red River homes, six Metis families settled on land in what is now the Grant Park area.  By 1911, the community had grown to 42 families and was known as Rooster Town.  In 1951, the City began encouraging suburban development in the area.  To remove Rooster Town families, the City and media reported false stories rooted in racist stereotypes that were harmful and humiliating to the community.  In 1960, the last few houses were bulldozed and destroyed. 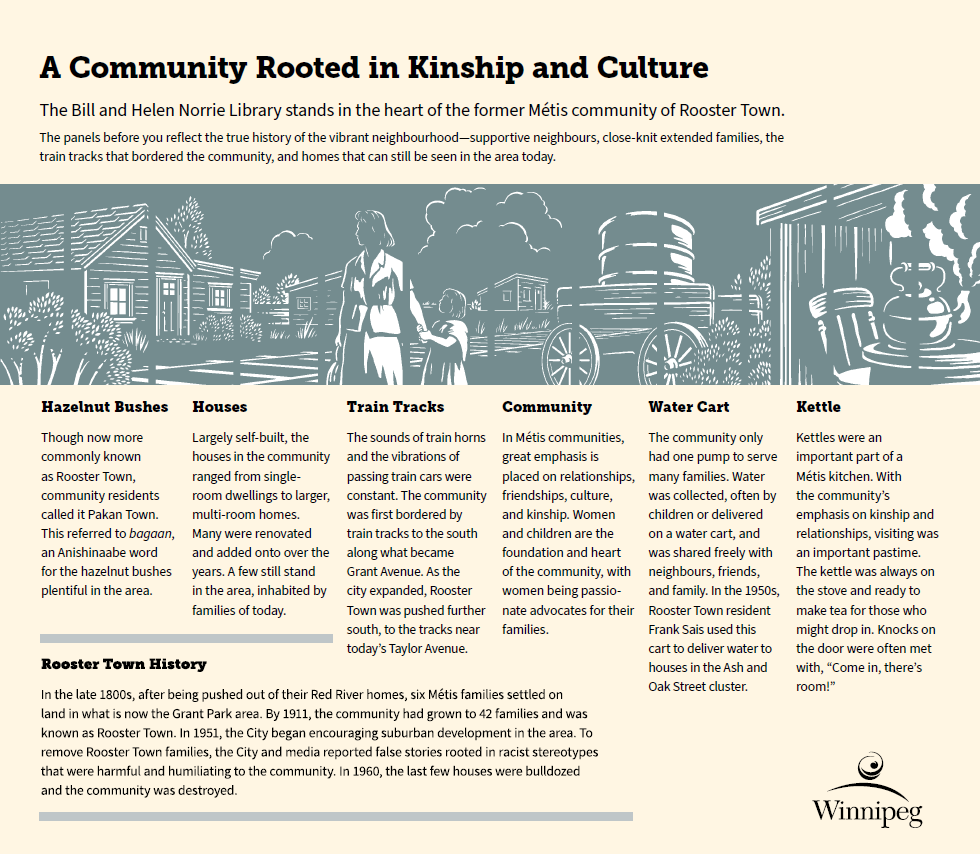 A community Rooted in Kinship and Culture 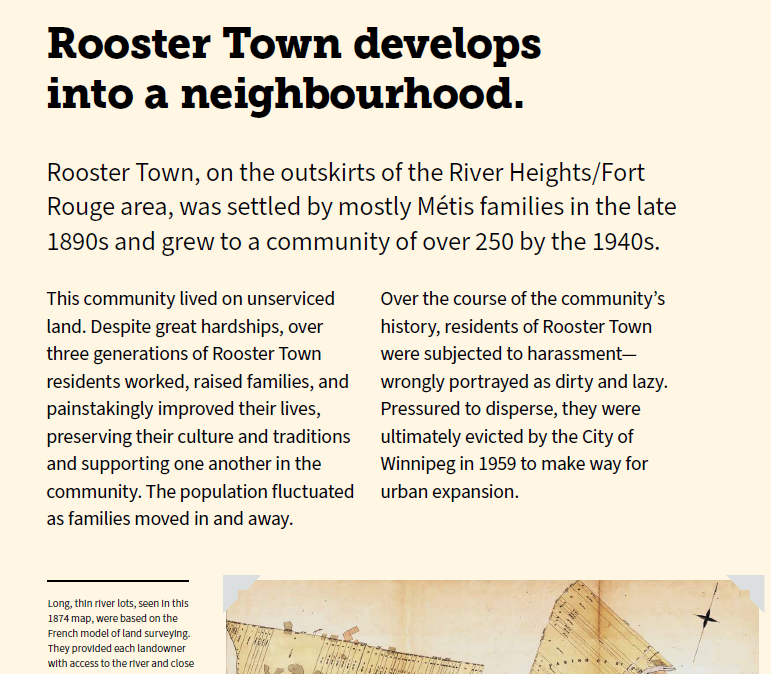 Rooster Town develops into a neighbourhood

The Bill and Helen Norrie Library is located on the lands previously known as Rooster Town.  After consulting with families and descendants, the library has featured the history of Rooster Town in honour of the history.

Winnipeg Public Library shares a wide-range of resources to help learn more about Rooster Town, and the Métis, generally.

Visit this Library catalogue record to request/borrow a borrow a copy of the book Rooster Town : the history of an urban Métis community, 1901-1961 by Evelyn Peters, Mathew Stock & Adrian Werner (2018).