Replacement and refurbishment of Kilcona Park’s original mid-1980s park furniture and amenities is underway with expected completion on many components in fall of 2017. In addition to this work, we want the public’s input on the replacement of a severely damaged playground and improvements to the mini-golf course.

Thank you to everyone who took time to visit our information session in the centre court of Kildonan Place Mall on December 2, 2017. Roughly 90 people stopped to view the concept drawings and discuss the updates with city staff.

For inquiries or for those who require alternate formats or interpretation in order to participate, please contact Jason Bell, project manager of the City of Winnipeg's Parks and Open Spaces division at 204- 986-4354 or jbell@winnipeg.ca.

Kilcona Park Strategic Renewal and Action Plan
As a regional park, Kilcona Park serves the neighbourhood and attracts visitors from all over the city.

The final Strategic Renewal and Action Plan document was adopted by Council in September 2014. The $6.0 million required to implement the first phase of the plan was forecasted in the 2017 capital budget for 2021 and 2022.

Kilcona Park Amenities and Improvements
On November 21, 2016, the East Kildonan-Transcona Community Committee, agreed with the recommendation of the Public Service, and approved the application for Land Dedication Reserve funding in the amount of $54,833.33 as follows:

Additional parks capital funding was also added to this funding for a total of $82,500 for the project. The amenities being repaired and replaced have been in service since the mid-1980s and have reached the end of their serviceable life. Work began in September 2017.

On November 21, 2016, the East Kildonan-Transcona Community Committee (Transcona Ward) approved $30,000 for the Mini-Golf Course Concept and Design Project to support Parks and Open Space Division in developing a design for the revitalization.

A design concept featuring natural elements has been proposed that would re-use the concrete “fairways” and retain a similar layout to the existing course. New challenges and scenery have been developed adding visual connections to tourism in Assiniboine Park and Manitoba wildlife. The designer asserts that facilities that embrace nature as “play” platforms are highly valued.

The revitalization is expected to cost $800,000.  At this point, no funding has been identified for the project.

Please view information boards and tell us what you think by filling out the online comment form.

Kilcona Park – Playground Replacement
The initial wooden playground was built in the mid-1980s and had a nautical theme to compliment the Icelandic Fishing Village style of the Harbourview Complex. The playground that replaced that structure in 2008 continued on that theme. Both playgrounds were designed for children aged 2 to 12.

Replacement work would not occur until 2018 at the earliest.

Please view information boards and tell us what you think by filling out the online comment form. 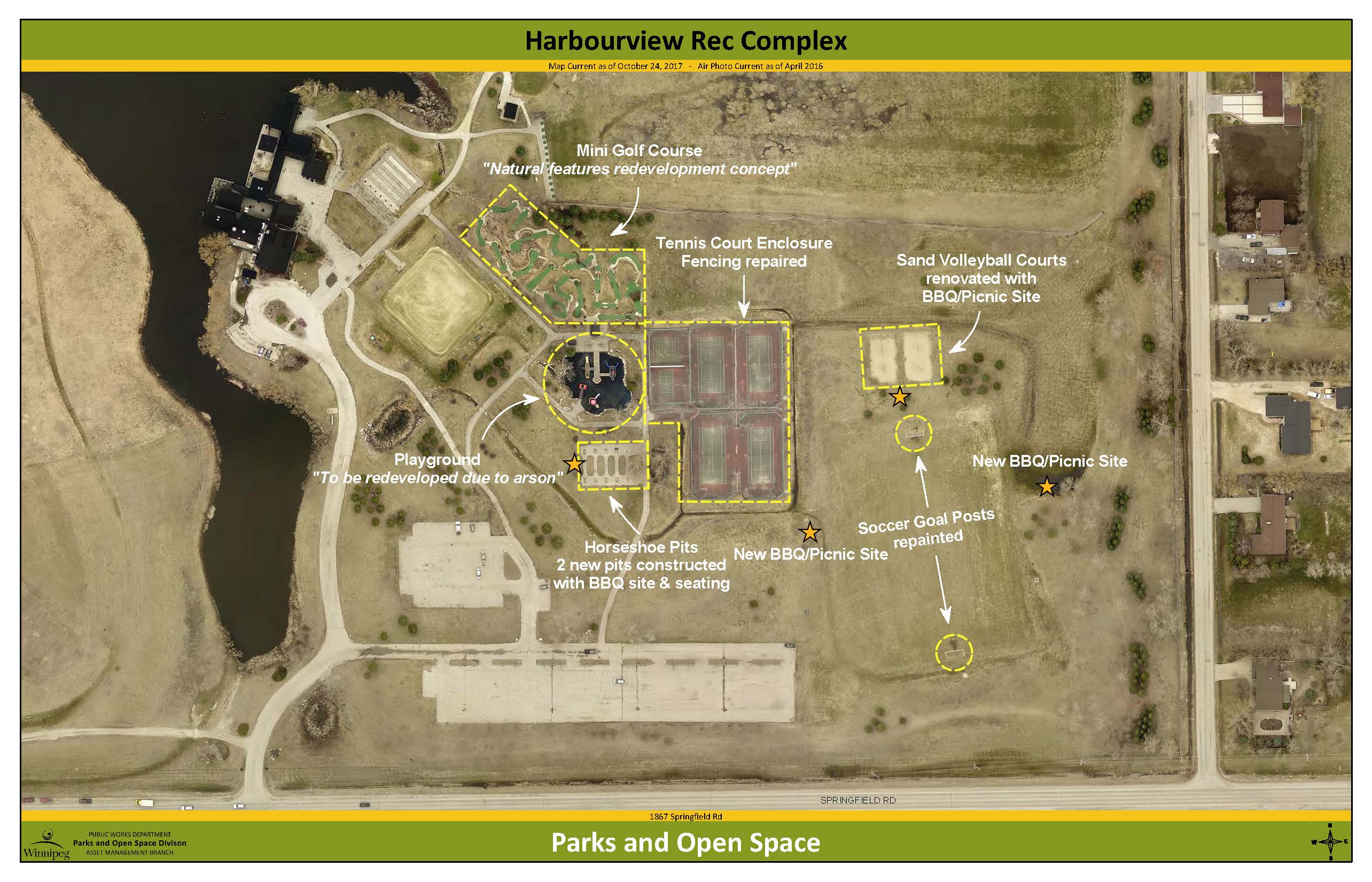