Update April 2019 - Mayor Brian Bowman and Councillor Shawn Nason, Transcona Ward, announced on April 23, 2019 that the City of Winnipeg had completed a major renewal of the skate park at Victoria Jason Park, located at 255 Redonda St.

The renewal project included construction of a new poured-in-place skate park, new bollard fencing around the parking area, and an expanded parking area at Victoria Jason Park. The total budget for the Victoria Jason Park renewal was $460,000 with funding provided from the 2018 Parks and Recreation Enhancement Program and Land Development Reserve Funding.

Phase 1
Thank you to everyone who joined us on the park site October 28, 2017. About 14 people attended our public workshop. An online survey was available on this site until October 14, 2017 with a total of 90 completed surveys.

A public engagement summary is now available in the documents section of this project page.

Phase 2
The project team developed two concepts after the first phase of engagement and sought public feedback through an online survey during the month of January 2018. A total of 23 surveys were collected.

The concept designs for the skate park are based on the feedback from users both in-person and online. The response to the initial prioritization of skate park components clearly identified the desire for a new skate park that:

Based on user feedback through public engagement, base priorities for the park include a:

Secondary priorities, or "nice to have" elements include a/an:

We want to ensure that we’re building a skate park that strikes the best balance between meeting the needs of park users and optimizing the overall project budget. The preferred option will be used as the basis of design to go through a design/build process. 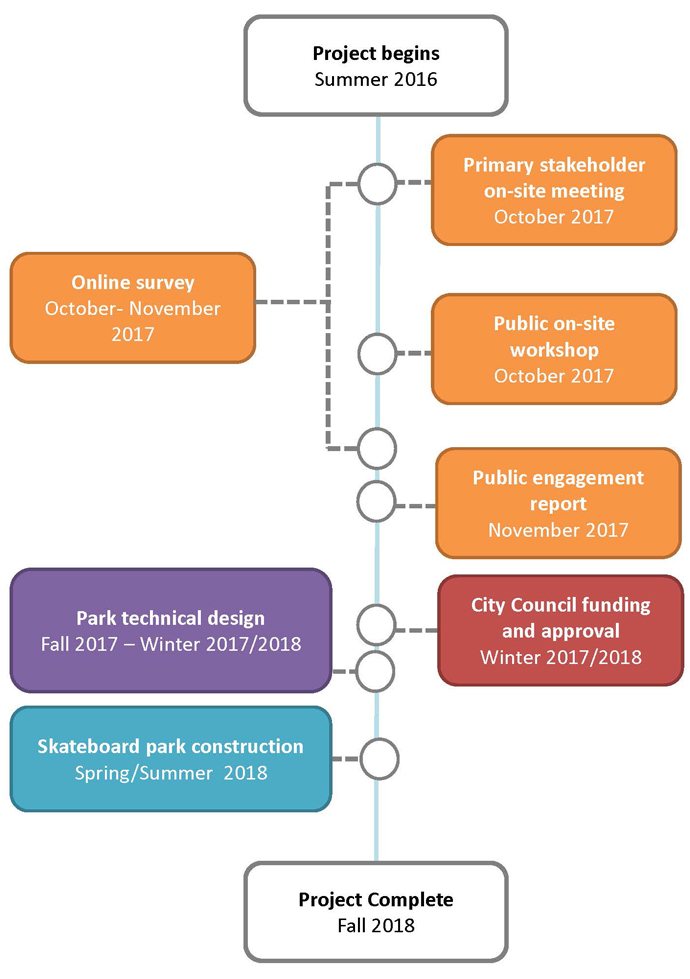 Formerly known as Crocus Park, Victoria Jason Park was renamed in 2004 in honour of Transcona resident Victoria Jason, who was the first woman to kayak the Northwest Passage. The park is located in the Transcona neighbourhood across the street from two high schools – Murdoch MacKay Collegiate and Collège Pierre-Elliot Trudeau.

The design and construction of this project is budgeted for $400,000. Funding for construction is subject to approval. 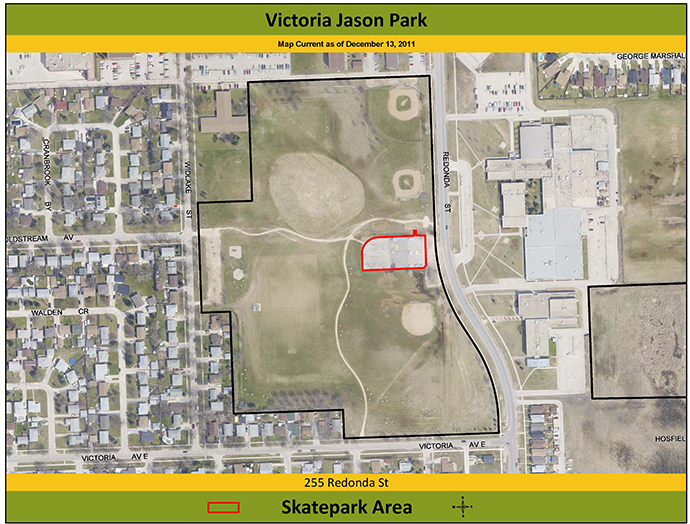