What does James mean?

Winnipeg references its primary water level to a gauge located on the Red River at James Avenue. The gauge is just downstream of the Forks, at the junction of the Assiniboine River. In a "normal" summer, water levels are maintained around James 6.5 ft. The zero point for this gauge is normal winter ice level and is established as 727.57' above mean sea level. 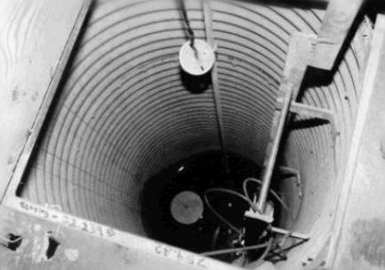 In the summer, St. Andrews Lock and Dam (SALD) regulates water levels and the structure is operated to try to maintain 6.5 ft at James Avenue. Under relatively low flow conditions, SALD maintains a relative constant level throughout the city as flows increase there is a noticeable gradient in the river. When flows exceed 13,000 cubic feet per second (cfs), the SALD structure is wide open and levels at James begin to rise above 6.5 ft.

During the spring flood with much higher flows, there is a steeper gradient in the river and the amount of flow coming from the Assiniboine River has a significant impact on the water levels in Winnipeg. During the 1997 flood, the Flood of the Century, the majority of the flow was on the Red River and very little on the Assiniboine River (~3,000 cfs). In the 2011 flood, there were very high flows on the Assiniboine River and levels in the south end of the city were considerably lower for a comparable James Avenue level. During floods, the flow on both our main rivers (Red and Assiniboine) are important factors. These flows are plugged into the City's Flood Manual to define a water level profile for the Red, Assiniboine and Seine rivers to base our flood fighting efforts on.

While James Avenue is the City's main gauge, water levels are monitored at a number of other locations on the Red and Assiniboine rivers. These levels are monitored ultrasonically, measuring the distance between the probe and the water level by bouncing a signal off the water. It works a lot like radar. The information recorded is then fed back to the McPhillips Control Centre. During a flood, the City monitors water levels at all these points as well as gauges operated by other agencies. When levels are monitored at other locations, the James Avenue datum is not used and the actual geodetic elevation (above sea level) is used.

How are James water levels recorded?

At the James Avenue gauge location, vital pieces of equipment (e.g., control box, electronic level transmitter) give the City a water level reading. An electronic level transmitter (a measuring tape) goes out to the Red River, measures water pressure as river levels change, and sends a signal to the control box, which transmits every 15 minutes via the wireless network to the McPhillips Control Centre. In earlier years, prior to electronic readings, the station was staffed 24 hours a day and was used to collect information for the operation of St. Andrews Lock & Dam.

Only peaks over 15 feet James are shown

As reference, the normal summer river level is 6.5 feet James while the River Walkway level is 8.5 feet James.

* Before construction of the Floodway. Historic 1800's flood highwater data comes from Sir Sanford Fleming Surveys (1879) and recorded in 1 foot intervals only.