Work on the Saskatchewan Avenue Bridge over Omand’s Creek is progressing. Construction has resumed after a shutdown period due to the early Spring melt and environmental regulations prohibiting instream work in the period from April 1 to June 15.

Completion of the project is expected in October 2016. 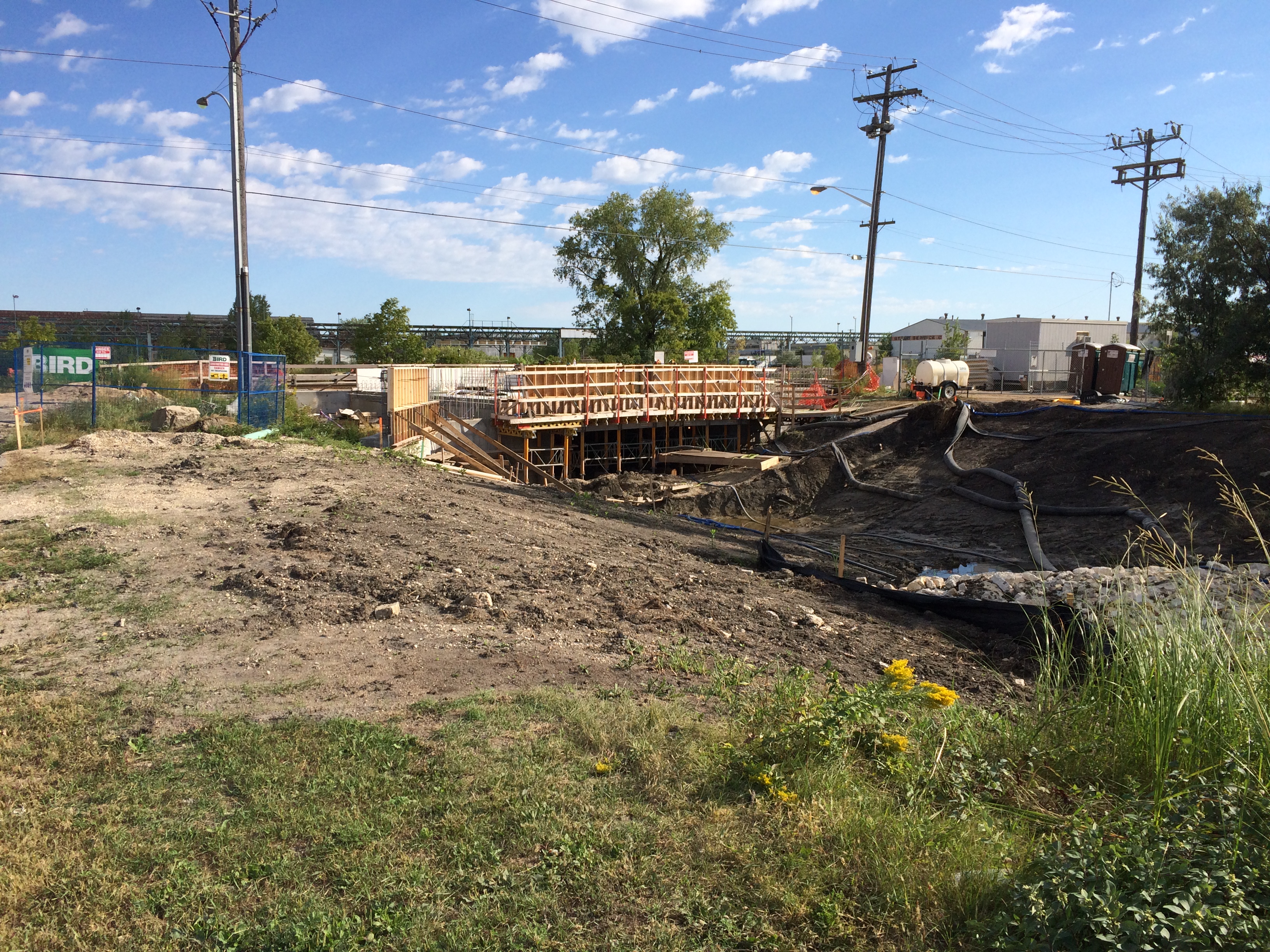 Replacement of the Saskatchewan Avenue Bridge over Omand's Creek is slated to begin on January 4, 2016 and is expected to be completed by the end of June 2016.

The project features the replacement of the deteriorated, load-restricted timber bridge with a cast-in-place concrete bridge. A right turn lane from Empress Street to eastbound Saskatchewan Avenue will also be added.

Transit routes will not be affected. 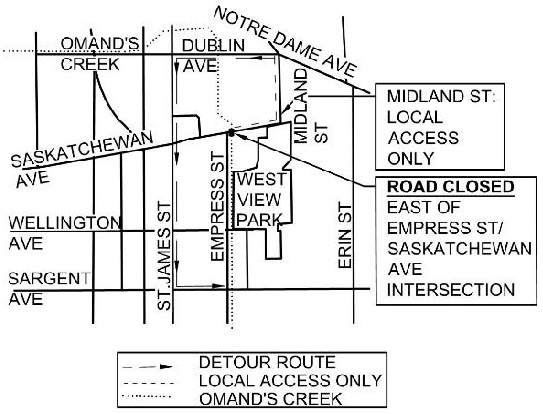 The Saskatchewan Avenue over Omand's Creek bridge is slated for replacement in 2016. Plans are underway to undertake reconstruction in the best way possible.

The open house display boards show information about the project including:

This project is part of the City of Winnipeg Capital Budget which addresses the need for the renewal of deteriorating infrastructure. The budget for this project is $3,000,000.