The City of Winnipeg Water and Waste Department completed the Cockburn Calrossie Combined Sewer Relief Works Conceptual Design Report in May of 2010. That study included the Cockburn West, Cockburn East, South East Jessie and the Calrossie Drainage Districts. That study provided recommendations to reduce the risk of basement flooding in these drainage districts. 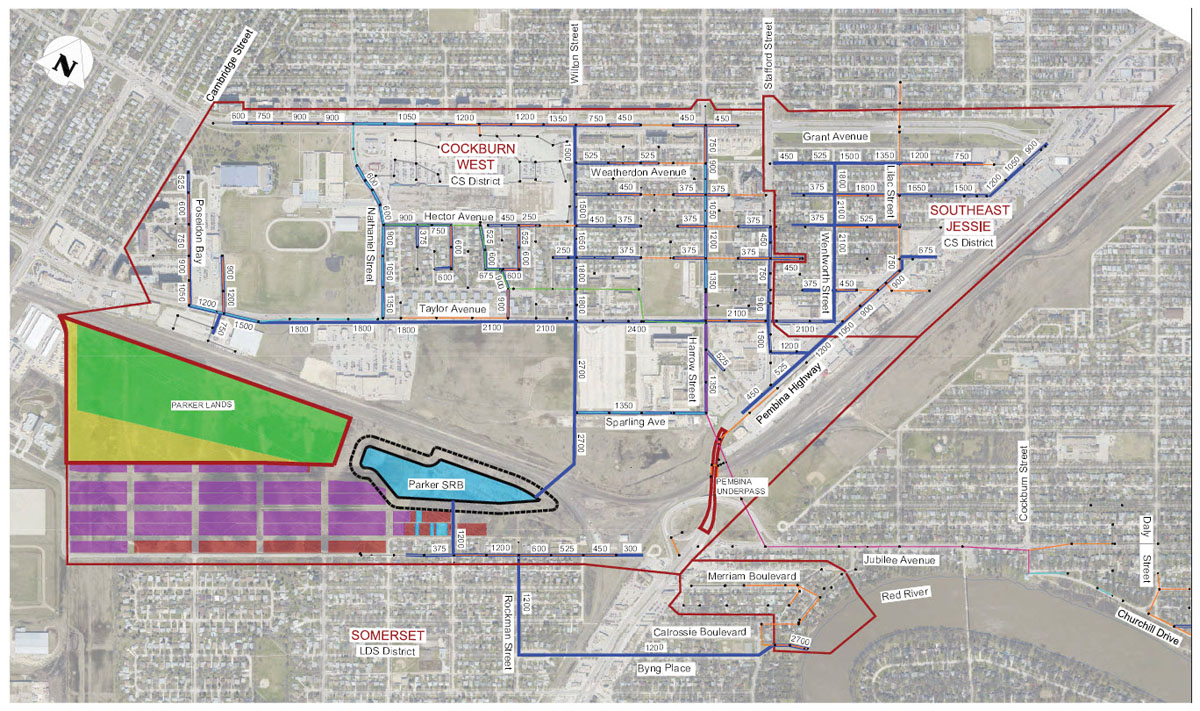 Winnipeg’s sewer system is made up of combined sewers and separate sewers.

Why is it required? What are the benefits?

Separating the storm sewers and wastewater sewers in these areas will:

What are the project costs?

The total estimated cost of the first phase of the work for the proposed land drainage separation works in the Cockburn West Combined Sewer District and the South East Jessie Combined Sewer District is $35.42 million. This is a Class 3 estimate (range of -20% to +30%) and includes a new outfall (already complete), land acquisition, utility relocations, storm retention basin, piping downstream of basin to outfall and piping upstream of the basin to Taylor Avenue. The first phase of the project is currently under design.

The remaining phases are planned to be completed over time as budgets are approved by Council. As the City constructs additional pipe elements in the relief plan, there will be additional benefits as the existing land drainage component is removed from the combined sewer district.