Construction is complete between University Crescent and Markham Road and between Plaza Drive and Chevrier Boulevard.

Construction is ongoing on northbound Pembina at Jessie Avenue as well as at Confusion Corner, with completion slated for late 2019.

In 2013/2014, this process was completed between University Crescent and Markham Road and between Plaza Drive and Chevrier Boulevard. A future project will complete the connection between Grant Avenue and Chevrier Boulevard. This is currently planned to be completed as part of the proposed BRT extension project, which will include a new underpass of the CN rail line.

We want to hear from you!

An open house was held on April 21, 2016. View the open house presentation boards.

How will you keep traffic moving during construction?

Will I be able to access area businesses during construction?

Access to businesses will be maintained as much as possible throughout the project. Approaches may be closed for short durations (less than 1 week) to facilitate construction. Parking will be restricted on the side of Pembina under construction.

How will parking be impacted on Pembina Highway once the project is completed?

As a general rule, on-street parking is being maintained where businesses fronting Pembina Highway do not have surface lots. Within the limits of the project there will be a loss of 26 parking spaces out of a total of 61 spaces. All the areas where parking is being removed were found to have an average utilization of less than 10%.

The City is committed to developing a pedestrian and cycling network that is safe and accessible for people of all ages and abilities. This project will lead to a smoother ride for motorists as well as increased safety for cyclists with the addition of a buffered bike lane and new, improved sidewalks for pedestrians.

How much will this project cost?

When will the northbound lanes on Pembina Highway be completed? 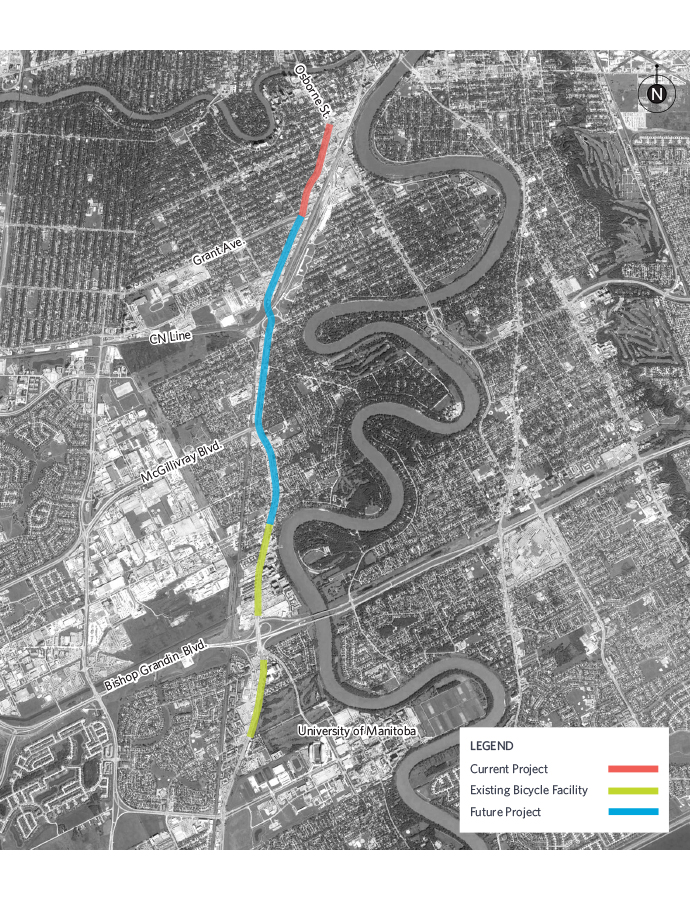