NEW FOR 2022: The Annual Snow Route Parking Ban has changed. It is now referred to as the Annual Winter Route Parking Ban. It still limits overnight parking on designated routes when in effect, but with some important differences. We’ve outlined the changes below.

The Annual Winter Route Parking Ban will begin when weather conditions require it.

It can come into effect at any point from November 1 to the end of April. The declaration will be made and notice provided to Winnipeggers seven days in advance of the ban beginning.

Once the ban is in effect vehicles cannot park on a designated winter route between 2 a.m. and 7 a.m. As we work to update current signage, winter routes will be marked by one of two signs: WINTER ROUTE or SNOW ROUTE. Both mean the same thing: once the ban is in effect, do not park between 2 a.m. and 7 a.m. or risk a ticket and tow. 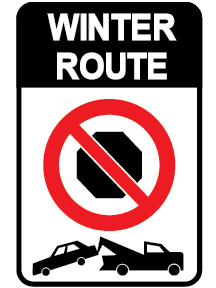 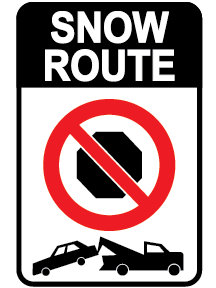 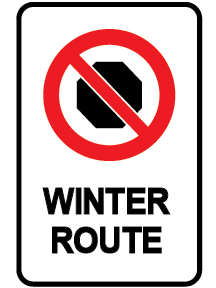 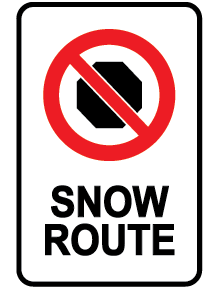 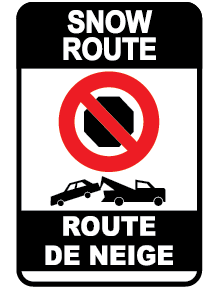 We will declare this ban when we require extra time to complete snow operations – most often after a major snowfall or when snow has accumulated to a high level. When declared, this ban extends the Annual Winter Route Parking Ban by two hours, prohibiting vehicles from being parked on Winter Routes from midnight to 7 a.m. The Extended Winter Route Parking Ban does not require seven days advance notice to declare.

Vehicles parked in violation of the Extended Winter Route Parking Ban may receive a ticket and may be towed to the towing company’s compound.

A Residential Parking Ban is called to facilitate fast and efficient snow clearing operations on residential streets once it has been determined that we must clear them.

All residential streets have been assigned a snow zone, identified by a letter of the alphabet. It’s important that you familiarize yourself with your snow zone by downloading the Know Your Zone app, using our address lookup tool, or by contacting 311.

We will announce the clearing schedule prior to the start of a residential plow operation via our website, a news release, and on the Know Your Zone app (via both on-demand information and push notifications).

Zones are plowed in 12-hour shifts:

If your vehicle has been towed, please contact 311 for its location.

The Mayor may declare a snow emergency at any time. This prompts a Snow Emergency Parking Ban that prohibits parking on Winter Routes at all times while in effect.

No tickets are issued under this ban; however, vehicles will be towed out of the way of snow plows to nearby locations. Vehicle owners can contact 311 to find out the location of their vehicle.

Temporary “No Parking” signs are posted when a street requires snow removal.

Vehicles parked in violation may be ticketed and towed to the towing company’s compound.