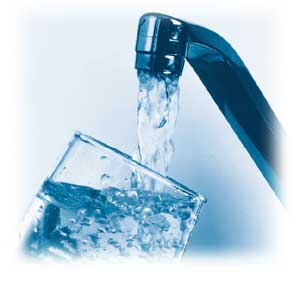 The Winnipeg distribution system is the last location where we add chlorine to the water - at the outlet from each of the three pumping stations. The other locations are at the Shoal Lake intake on a periodic basis and at the Water Treatment Plant.

Our Operating Licence requires that we maintain a minimum free chlorine residual of 0.1 milligrams per litre throughout the distribution system.

Winnipeg water is intensively monitored on a routine basis at Shoal Lake, before it enters the Water Treatment Plant and after the water has passed through the treatment processes to ensure that the water is safe and that regulatory requirements are met. Because water quality is so important, our level of monitoring and sampling exceeds Provincial regulatory requirements.

We measure how water quality changes within the distribution system and the quality of water delivered to customers with these tests. We also respond to customer inquiries and complaints about water quality. Contact us for more information.

* Fluoride was added in accordance with the Provincial Fluoridation Program guideline to reach an optimal concentration of 0.85 parts per million until March 22, 2011 and 0.70 parts per million after that when the set point was changed.

3 Data reported was collected from a composite sample of the 60 distribution system locations and MacLean, Hurst, and McPhillips Pumping Station Discharges.