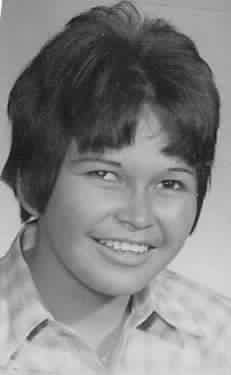 In 1971, Helen Betty Osborne, 19-year-old Cree woman with hopes to become a teacher was brutally stabbed to death with a screwdriver in The Pas in 1971. The entire town knew exactly who had committed the senseless murder but due to racism, sexism and indifference in the community, they kept their mouths closed.

Helen Bettys story was brought forward in the 1991 Aboriginal Justice Inquiry where it was found that that the main factors in her case were racism, sexism and indifference, and again in the Final Report of the National Inquiry into Missing and Murdered Indigenous Women and Girls, with references to the prolonged extent to concrete actions taken to preventing violence and genocide against Indigenous Women, Girls and Two-Spirited peoples.

The City of Winnipeg will honour Helen’s Betty Osborne’s story by bringing awareness staff, and commemorating the day, by supporting the family at the Rainbow Butterfly shelter at Kildonan Park from noon – 3pm.

"I want to thank everyone, for showing their support. Thank you for standing beside us and showing us that we are not alone. Thank you for honouring Helen Betty Osborne's life.

It's been 51 years since Helen Betty was brutally murdered. Betty went out with her friends on the evening of November 12, 1971. She was a 19-year-old Aboriginal woman from Norway House Cree Nation. She left home to attend school in The Pas, Manitoba. She had goals of becoming a teacher. Betty went out and she never made it home that night. In the early hours of November 13, 1971 , four men made a choice. Here we are - 51 years later - still affected by their actions.

My Auntie's death impacted my life in so many ways. Her death impacted so many people - from family and friends, communities and towns, to people across the country. Betty's death has affected multiple generations already. The factors that led to her death, are still happening today. Racism, colonialism, injustice, stereotypes, and the inter-generational traumas that still affect our people so heavily.

We need to continue moving forward with the legacy that Helen Betty left behind. Our Indigenous Women, Girls, Men, Boys, Two-Spirit, and Gender Diverse communities deserve to feel safe. In order for that to happen, people need to stand up and demand change. It is so important to include Indigenous families, survivors, home communities, leadership, as well as, the many organizations that are working tirelessly to break cycles, knock down barriers, and help bridge the gaps.

My mom helped in keeping Betty's spirit alive. I plan to continue that on with my children. My hope is that the next generation doesn't have to suffer, in the ways that we have. I never got the chance to meet Betty, I wasn't even born yet. But I often wonder how different life would be, if that night simply never happened.

Also remember that there are so many families suffering out there - still desperately searching for their loved ones. Still fighting for justice and equality. Things need to change. Change only needs to start with one person though. I ask that you continue to be a part of that change, in whatever way you can. We need our voices, thoughts, and opinions to be heard - at every level. Continue praying for our people; for strength, courage, hope, guidance, and most importantly - for healing.

As you remember Betty, please keep the families and loved ones of all Missing and Murdered Indigenous Women, Girls, Men, Boys, 2SLGBTQ communities in your thoughts and prayers as well. We're all feeling the same type of pain."

The Four Pillars relate to working with families and survivors and are fundamental in properly applying the Principles for Change through the Four Key Areas of:

Principles central to the action plan created by NWAC to remedy/redress the violence against Indigenous women, girls, and gender-diverse people.  NWAC Key areas of Our Calls Our Actions are:

In response to the 231 Calls for Justice and the Principles for Change from the National Inquiry into Missing and Murdered Indigenous Women and Girls, the establishment of the National Family and Survivors Circle (NFSC) was supported by Crown-Indigenous Relations and Northern Affairs to provide guidance on how to engage families, survivors, and 2SLGBTQQIA+ people in the development and implementation of a National Action Plan. The NFSC is comprised of Indigenous women from diverse backgrounds. For more information https://familysurvivorscircle.ca/.

The National Action plan includes a short term plan that response to the 231 Calls for Justice, and the  62 Calls for Miskotahâ from Les Femmes Michif Otipemisiwak / Women of the Métis Nation report.

What is the City of Winnipeg doing?

Another component of the Implementation Plan includes continuing to monitor the Federal government’s response to the Final Report, as several of the Calls for Justice require the development and implementation of National Action Plans; the City of Winnipeg awaits direction from the Federal government to move forward to address these specific topics.

Progress on these initiatives will be shared annually through the Winnipeg Indigenous Accord report (mid-year) and the Journey of Reconciliation report (end of year).

On September 1, 2016, the National Inquiry into Missing Indigenous Women and Girls (MMIWG) officially commenced, with a mandate to investigate and report on the systemic causes of all forms of violence against Indigenous women and girls, including sexual violence. This included examining the underlying social, economic, cultural, institutional, and historical causes that contribute to the ongoing violence and vulnerabilities of Indigenous women and girls in Canada.

On June 3, 2019, the Final Report of the National Inquiry into Missing and Murdered Indigenous Women and Girls was released. The Final Report asserts that “human rights and Indigenous rights abuses and violations committed and condoned by the Canadian state represent genocide against Indigenous women, girls, and 2SLGBTQQIA people”.

On June 11, 2019, the Executive Policy Committee (EPC) directed the Winnipeg Public Service to review the Final Report of the National Inquiry into Missing and Murdered Indigenous Women and Girls (MMIWG2S+) to identify how the City of Winnipeg can respond to the Calls for Justice that are within the City’s jurisdiction, and report back with its review and recommendations that can be achieved within existing City of Winnipeg budgets. From July to September, a review of internal programs, policies and services was conducted by Indigenous Relations Division (IRD) in collaboration with other departments to help inform recommendations.

A report went before EPC on March 17, 2020 outlining the City’s existing initiatives as well as opportunities to enhance existing programs and create new ones. As a result, EPC recommended to Council that the Public Service develop and execute an implementation plan of the proposed initiatives, and include progress on these initiatives in the annual Journey of Reconciliation report to Council, on a going forward basis.

At its July 15, 2020 meeting, the Executive Policy Committee directed the Winnipeg Public Service to include a progress update on the Missing and Murdered Indigenous Women and Girls (MMIWG) Calls for Justice and other initiatives, including but not limited to the work of UN Safe Cities, that respond to the Calls for Justice, in the annual Winnipeg Indigenous Accord report and the Journey of Reconciliation report.

For help and assistance:

National, toll-free 24/7 crisis line for individuals who need support as a result of learning about and from the Inquiry, its reports and related information.  Service is available in English, French, Cree, Anishinaabemowin(Ojbiway) and Inuktitut.
Phone: 1-844-413-6649.

For Education and Awareness: