A look back at women in the Winnipeg workplace

Married women were once barred from the civic workforce 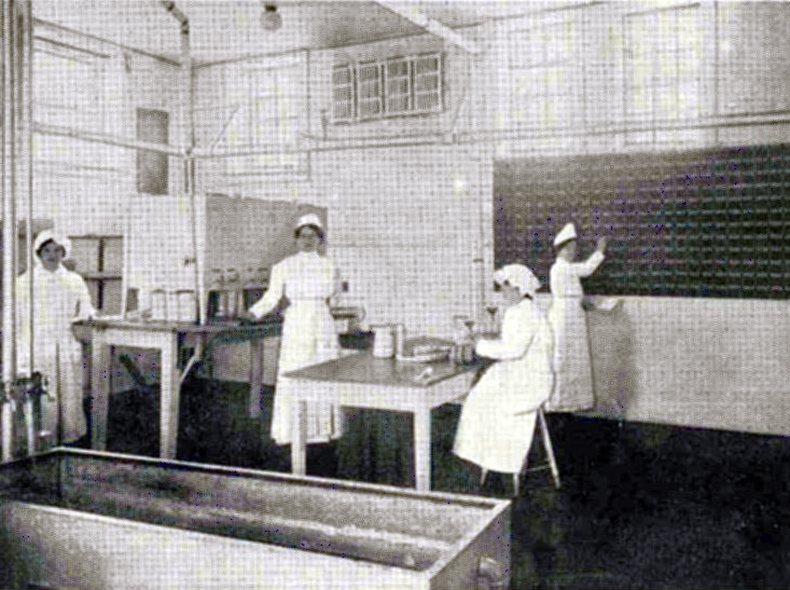 Staff in the Dispensary, Babies Milk Depot, Department of Public Health, City of Winnipeg, 1916. (A712 Volume 4)

At the City, it is not uncommon to see women working in every department. A century ago, the civic workforce was drastically different.

“Looking at the records over the years, we have noticed a shift in attitudes toward married women working outside the home,” said Jody Baltessen, City Archivist/Records Manager at the City of Winnipeg.

At the end of the First World War, City Council was concerned about where men returning from war were going to work.

In 1919, City departments were requested to identify the positions held by married women who were not entirely dependent on their own earnings. The belief was that these positions would be satisfactorily filled by returning soldiers.

“The intent at the time was to dismiss any women working for extra money,” said Baltessen.

“What they discovered was that the majority of women employed at the City were the main source of income for their families and, as a result, none were dismissed.”

Five years later, women in the civic workforce again came under scrutiny with the creation of the Special Committee to Enquire into the Employment of Married Women. In addition to looking into the marital status of female employees, the Committee also looked at the employment details of their husbands and how many children they had.

The majority of women at the time worked at the Public Library or in the Health Department at municipal hospitals, and only 14 of 1,932 employees listed were married women.

“In all cases, they were either widows or responsible for the welfare of others, including their children, unemployed husbands, or elderly parents,” said Baltessen.

In 1924, Council adopted a policy of barring married women from employment unless they were dependent on their positions for a living. Employed single women were also expected to give up their positions once they married.

Despite the policy, the number of women working continued to increase, especially after the Second World War. In 1953, Council formally changed its policy thereby ending restrictions on the employment of married women.

A look back at women and work at the City can be found on the Pathways to Winnipeg History website.