More than 50 years after it was sealed into the Public Safety Building (PSB), a time capsule marking the building’s completion has been opened. 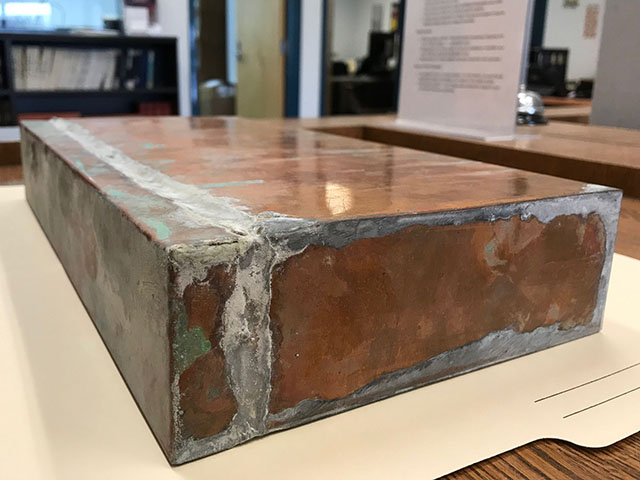 The capsule was placed in the PSB cornerstone on November 30, 1965.

“At the time of the building ôs opening, the communication system was said to be the most modern of its kind in the country,” said Sarah Ramsden, Senior Archivist at the City of Winnipeg.

Each of the departments that moved into the PSB offered an envelope to be placed in the capsule before it was sealed.

Firefighter buttons were placed in the capsule.

“They included items like statistics, photographs, badges, and buttons,” said Ramsden. “All of the departments also documented the employees and operations in their respective areas.”

The capsule also included an audio recording from the ceremony on November 30, 1965. City of Winnipeg Archives has had the recording digitized.

“This is a historical moment as far as the City of Winnipeg is concerned,” Mayor Stephen Juba can be heard telling the crowd.

He goes on to invite four aldermen to place the envelopes in capsule. 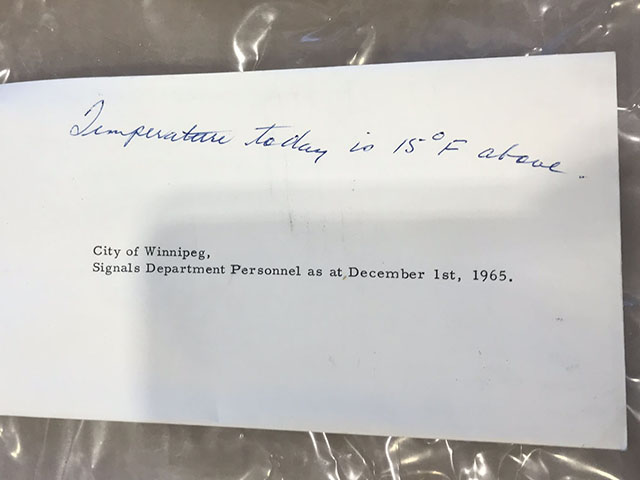 The temperature at the time of the ceremony was written on one of the envelopes.

Alderman Leonard Claydon also took the opportunity to document the temperature at the time of the ceremony. An envelope found in the capsule shows the temperature was 15F (-9C).

Ramsden would like to acknowledge the Winnipeg Police Service for recovering the time capsule, the welders at Winnipeg Fleet Management who opened it, and support from City of Winnipeg Health and Safety.