Handmade badge gifted to the City on display at the Archives

While searching though storage one day, City of Winnipeg Senior Archivist Sarah Ramsden stumbled across a framed embroidered badge of the 27th Battalion that caught her attention.

Mobilized in 1914, the Battalion received special permission from the City to be called the City of Winnipeg Battalion and used the City’s former coat of arms in the design of its badge.

“I started asking questions but none of the staff knew where it came from or who created it,” she said.

“So I thought I could find a record of it somewhere in the archives.”

It was in a file found in the Committee on Finance series that shed light on the piece’s past. The embroidered badge was created by a man named Herbert H. Clark. He was a Winnipeg-based solider who served with the 27th Battalion during the First World War.

“After nearly two years in France he was hospitalized with tuberculosis and sleeping sickness,” said Ramsden. “While recovering in Basingstoke England, he learned embroidery and created this work.”

In addition to the badge, the piece is also embroidered with the names of the battles the 27th Battalion fought in as well as the years of the war. It is framed with a button on each corner and a maple leaf cap badge on the top. 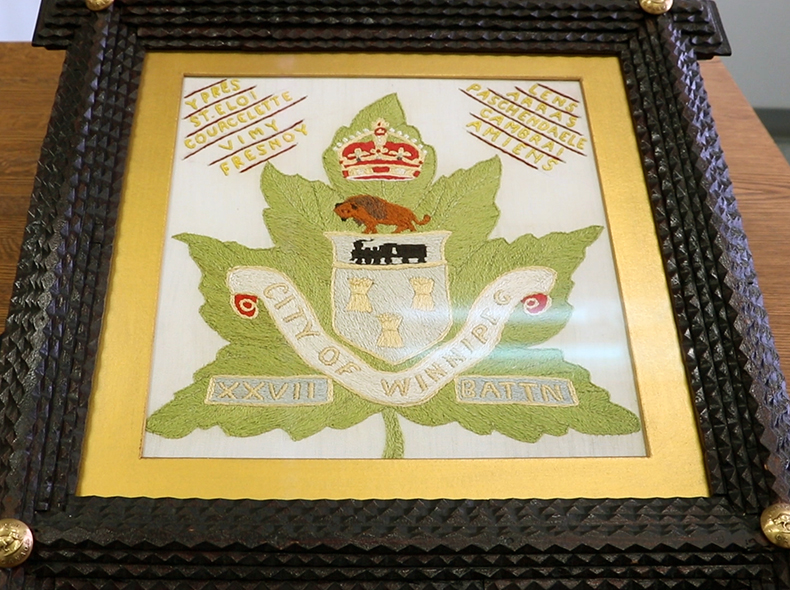 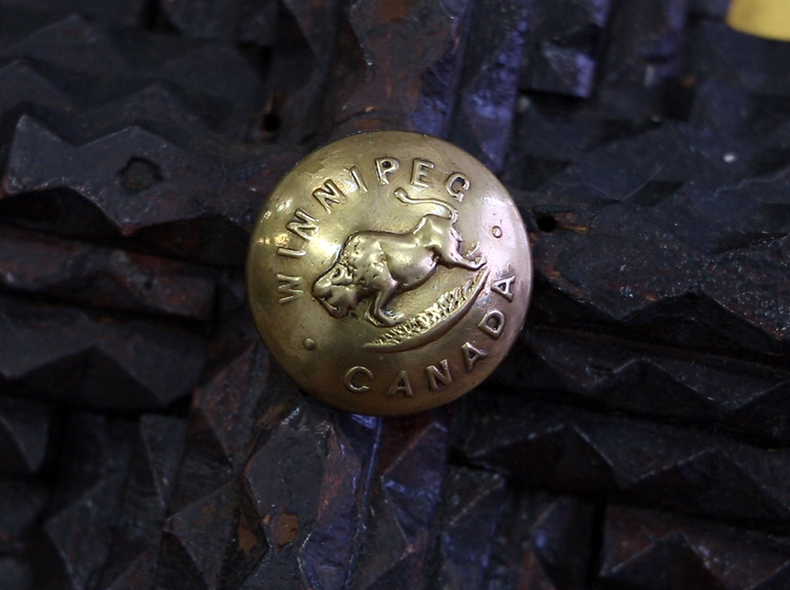 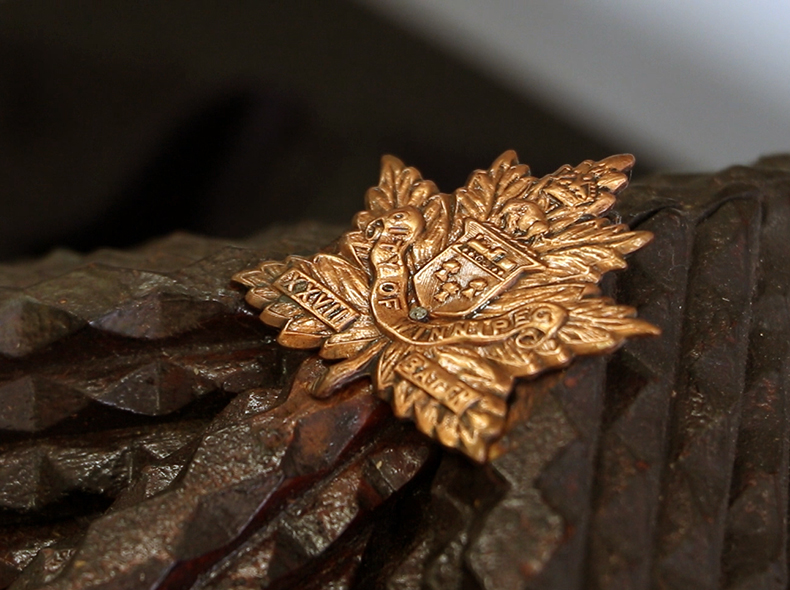 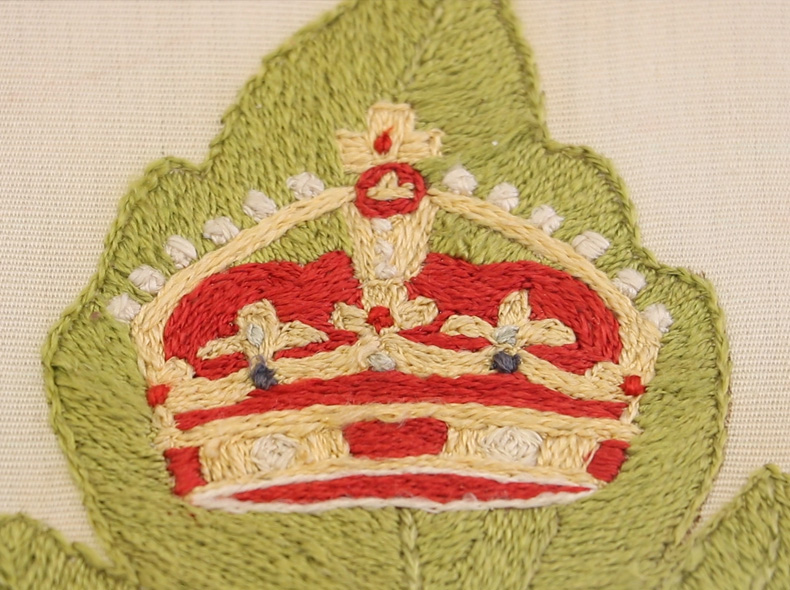 “The buttons are actually from his uniform and the cap badge would have been on his hat,” said Ramsden.

Clark would end up gifting the piece in 1960 to then-Mayor Stephen Juba. A letter Clark wrote to the then-mayor was found in the file

“As I am now 74, I would like to present it to the City in memory of this regiment which became famous in France during that terrible war,” it read.

Ramsden said the piece is among her favourites in the City’s collection.

“As a city, we don’t want to lose these stories and I’d like to think of the Archives as a site of remembrance and the creation, preservation and sharing of this history as acts of commemoration,” she said. “Through these acts and the telling of these stories we remember Herbert Clark and other veterans who sacrificed their health, their well-being, and so much more.”