Program aims to slow the spread of the destructive beetle 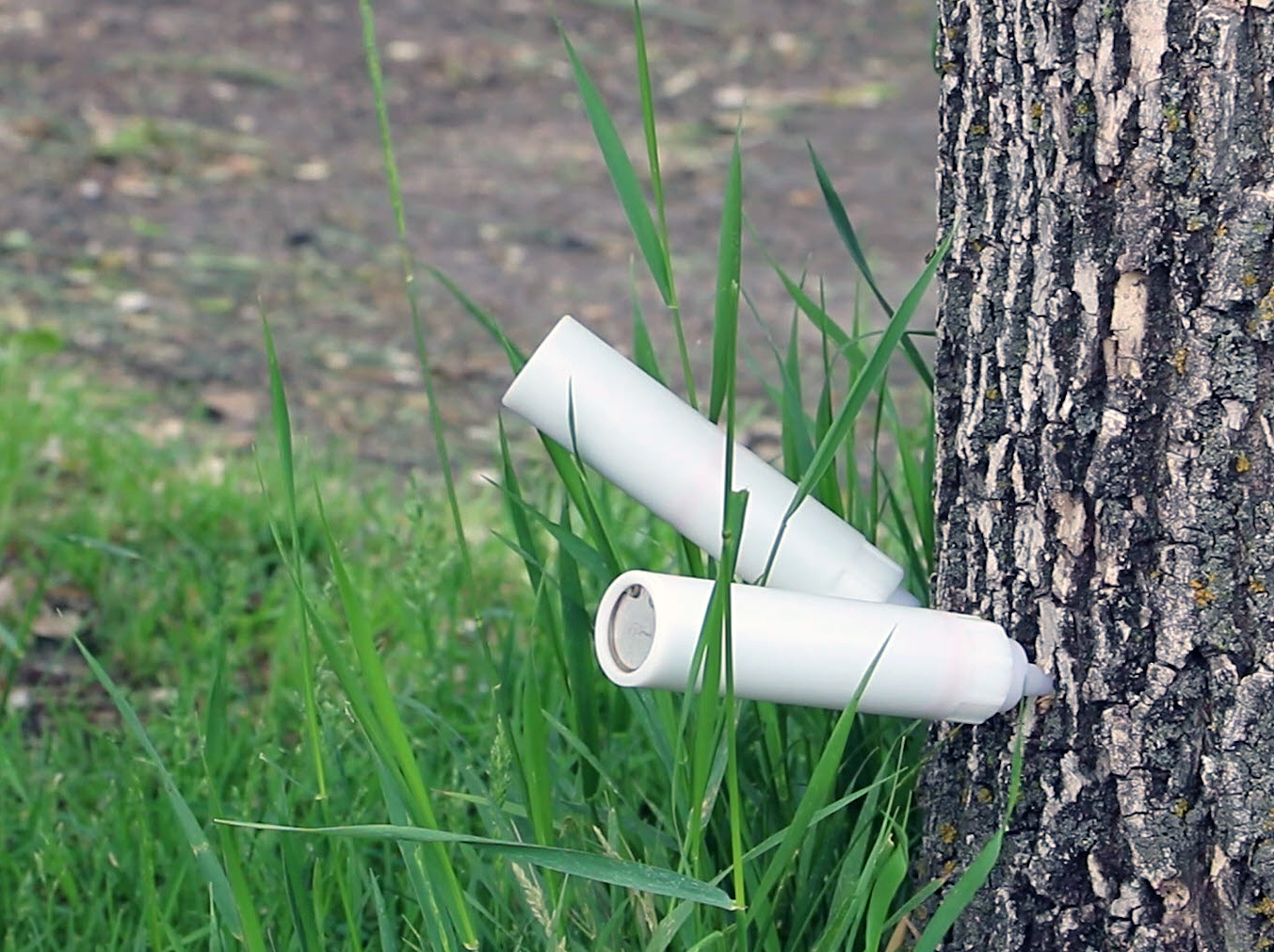 More than 250,000 ash trees help make up Winnipeg’s tree canopy, but they are all at risk because of the Emerald Ash Borer (EAB). The insect was detected in Winnipeg in 2017, and all ash tree species are susceptible in varying degrees.

While the invasive wood-boring insect cannot be eradicated, the City of Winnipeg is working to slow the destruction of ash trees through the Emerald Ash Borer Treatment Program. Now in its third summer, the program targets the beetle by injecting ash tree on public property.

"We will be injecting a botanical insecticide which will go through the living part of tissue of the tree," said Ken Nawolsky, the Superintendent of Insect Control.

"It minimizes the adults from laying eggs and also to kill the larvae as it develops into the next stage."

Nawolsky said it takes about a week for the insecticide to work its way through the entire tree. Around 1,000 ash trees will be injected this summer. While only healthy ash trees are being treated, it is anticipated that all of Winnipeg’s ash trees will eventually succumb to EAB over the next 10-20 years.

Trees slated for injections will be marked with a grey dot painted on the bark and a purple dot if it will be removed. Trees selected for injections have to be single stem with a full canopy and a trunk diameter of between 20 to 80 cms. They also have to be in very good to excellent condition. 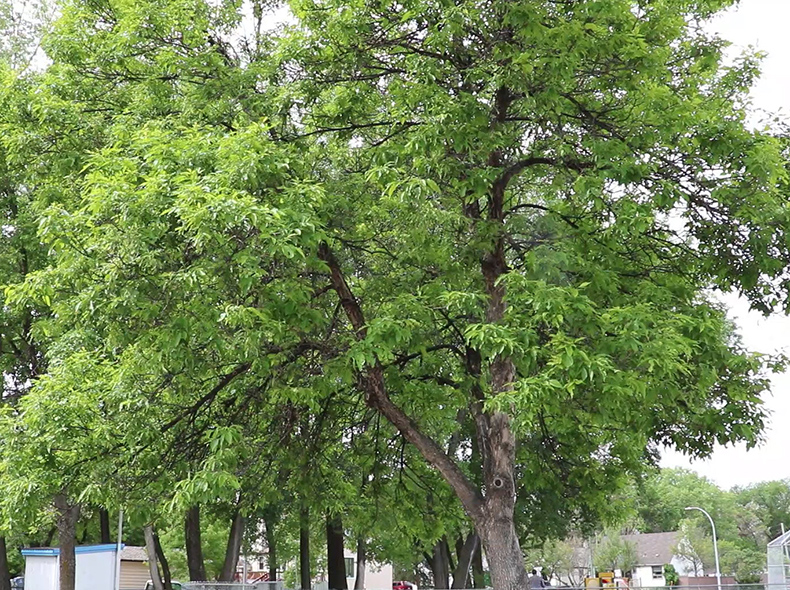 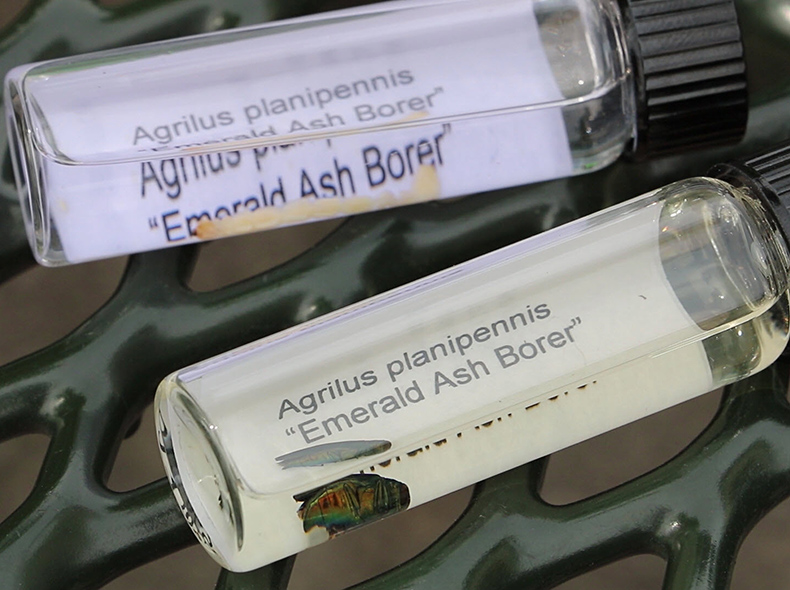 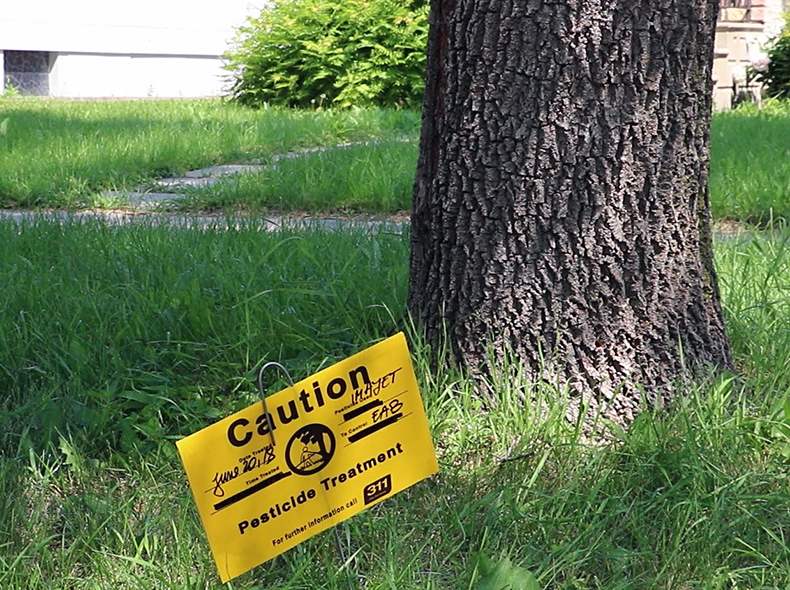 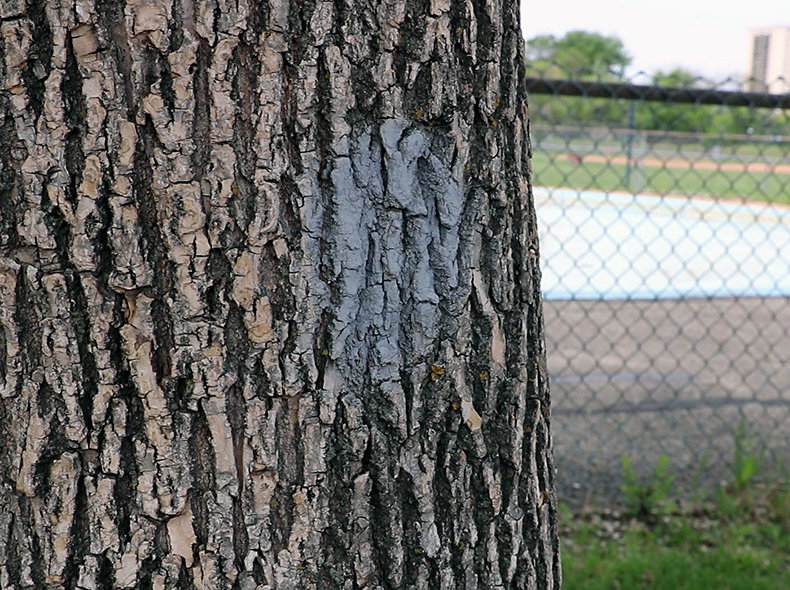 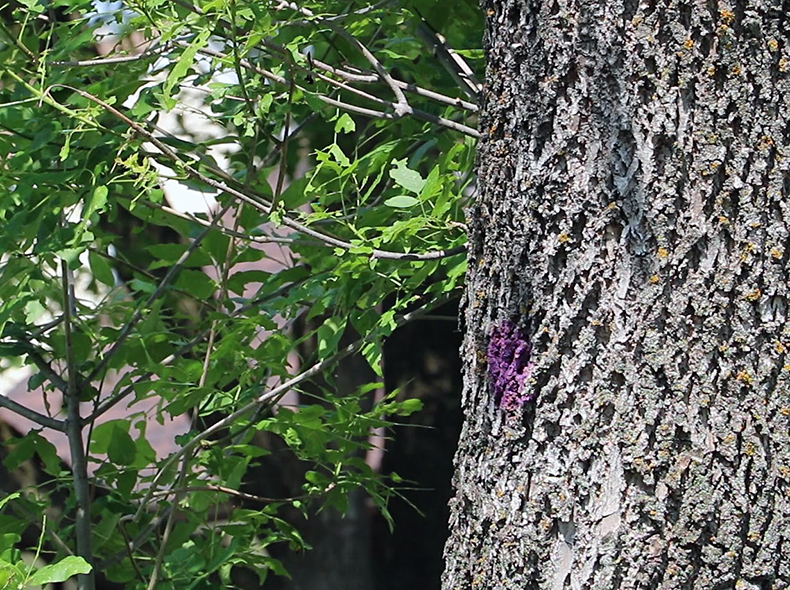 The injections are one part of the EAB Treatment Program. The proactive removal of dead and dying ash trees is another method to try to curb the spread of the borer. Removing the unhealthy trees now will also help to spread out the costs and logistics of removing trees that have died from EAB later.

"It is already dangerous to remove an ash tree that looks okay and appears to be in good condition," said Martha Barwinsky, the City Forester. "When a tree dies from EAB, it becomes even more dangerous because its structural integrity is significantly affected."

Barwinsky said branches and major limbs could fall off a heavily infested tree or one that has already died from EAB.

"The tree can fall over within two years of being killed from EAB, so we are also very mindful and responsible for protecting the safety of the public.”

Once the tree starts receiving injections, it will need to continue to receive the treatment every two years. While Barwinsky is optimistic the injections will help protect the ash trees, she cautions there is no guarantee the tree will survive.

The City is only treating ash trees on public property. Any ash tree on private property is the responsibility of the property owner. Residents are reminded to hire a licensed pesticide applicator to inject your ash trees with an approved pesticide to preserve them as long as possible. This will need to be done annually or every two years, depending on the pesticide used and level of EAB population in the area.

To try to reduce the spread of EAB in Manitoba, it is illegal to move firewood out of Winnipeg. Residents are also discouraged from moving ash wood around within the city, unless it is for disposal to Brady landfill. This is to reduce the chances of inadvertently introducing the borer into other neighbourhoods.

Animals and Insects Homeowner, Renter and Business Information Parks, Trees and the Environment