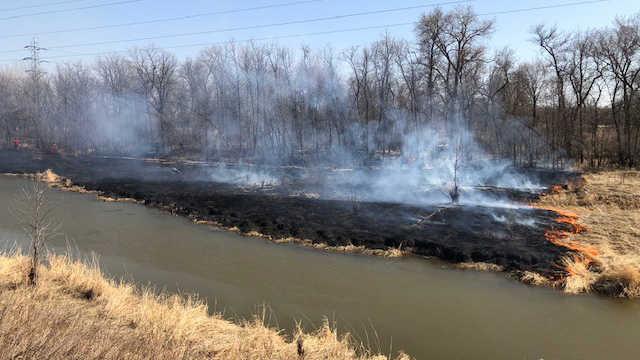 The weather is warming up, and for the Winnipeg Fire Paramedic Service (WFPS) this often means an increase in wildland and grass fires, particularly when conditions are dry.

“Specialized training, tools, and equipment can go a long way toward quickly containing, confining, and then extinguishing fires in grassy areas.”

Nicknamed the Bison, the WFPS apparatus are designed to operate in wildland areas. They are equipped with various pump-and-roll capabilities, one of which lets the crew pump water from a mounted turret while inside the enclosed cab. This offers added protection for firefighters while increasing the speed at which water can be applied to a fire.

“These apparatus are designed for wildland fire suppression. They have great ground clearance with military grade tires so they can traverse wild terrain more easily, which is critical when fighting wildland fires,” said Holowczynsky. 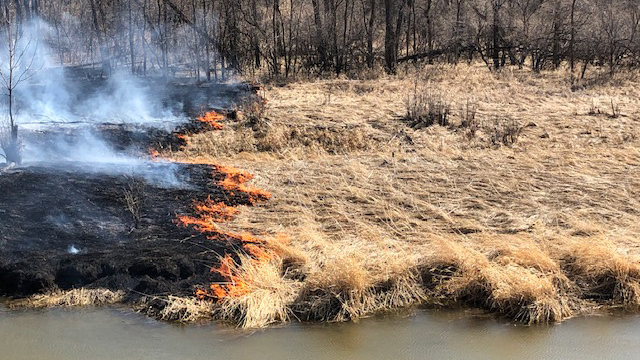 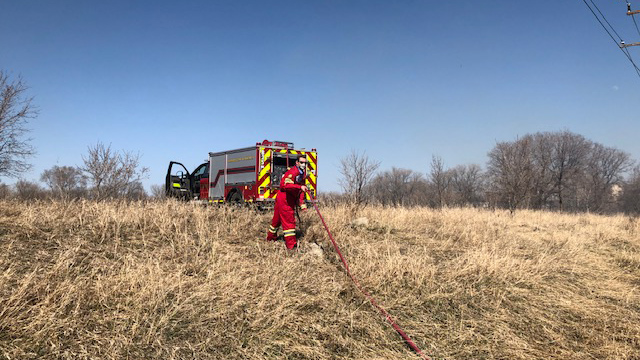 The vehicles joined the existing wildland fire complement, which is made up of a Wildland Fire Emergency Response Unit trailer, a tow vehicle, and an ATV.

“Wildfires can start in a grassy area and then quickly spread to nearby homes or structures when the fire throws off sparks or embers,” said Public Education Coordinator Doug Sinclair.

“Remembering to keep your yard clear of combustible debris will help reduce the risk that a wildfire will spread to your home.”

Sinclair added that residents should keep burn barrels as far from structures and trees as possible, and always ensure the barrel is properly vented and screened. Ensure you have a permit for any fire pits or burn barrels and remember to keep firewood piles away from homes or structures. It’s also important to never dispose of cigarettes out of car windows or while walking on outdoor paths because they can smolder and start a fire.

May 1 is Wildfire Community Preparedness Day, organized by the National Fire Protection Association, and Sinclair said it’s a good time to start thinking about wildfire prevention in your own neighbourhood.

“Remember to have a home escape plan and practice it often so your family can safely escape in the event of a fire. Make sure you have working smoke alarms in your home, and test them monthly.”

Additional safety tips for homeowners can be found in the Government of Manitoba’s FireSmart Manual.

Emergency and Safety Homeowner, Renter and Business Information Parks, Trees and the Environment