It has the equivalent environmental impact of removing 24,000 cars annually from the road 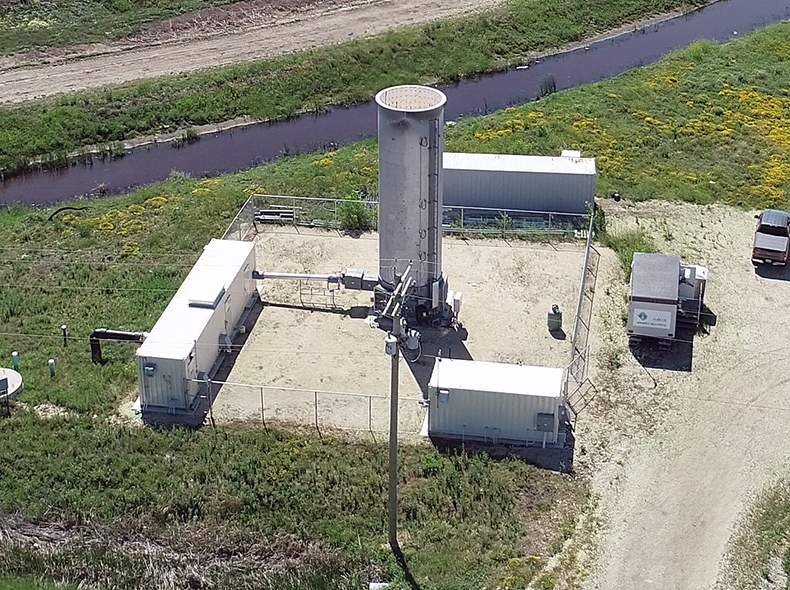 The Brady Road Resource Management Facility is lighting a fire in its efforts mitigate the effects of climate change.

The new expansion of the facility’s gas capture system will be operational this September, adding 15 new capture wells for a total of 81. The expansion will have the equivalent environmental impact of removing 24,000 cars annually from the road.

“All of the waste we collect decomposes over time, and the decomposition process creates gasses, including methane – one of the most potent greenhouse gases (GHGs) on earth,” said Geoff Reimer, the City’s Superintendent of Operations with Solid Waste Services.

Gas capture systems work to draw in these gases and burn them off through a flare. The byproduct of the process is water vapour and carbon dioxide – a much less harmful greenhouse gas.

“In the first two decades after its initial release, methane can be up to 84 times more potent than carbon dioxide,” said Reimer.

“While methane doesn't linger as long in the atmosphere as carbon dioxide, it is initially far more devastating to the climate because of how effectively it absorbs heat.”

The project has an added benefit of reducing odours created by decomposing waste.

The cost of the project is $3.2 million, with $1.3 million from the federal government through the Low Carbon Economy Fund.

Parks, Trees and the Environment Water and Waste