City of Winnipeg constructed two bridges as part of the project 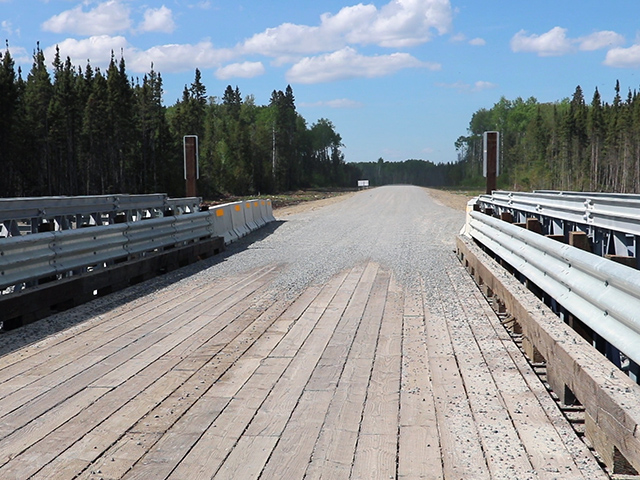 “Building the two bridges was not only important for the Freedom Road project but it was also important to help us build the relationship with the community,” said Tim Shanks, Water Service Manager.

This helps us on our journey of reconciliation.

When travelling from the Trans-Canada Highway, the first bridge crosses the aqueduct carrying Winnipeg’s water supply.

“The pipe requires a bridge structure over it to take traffic loading off the pipe,” said Shanks. 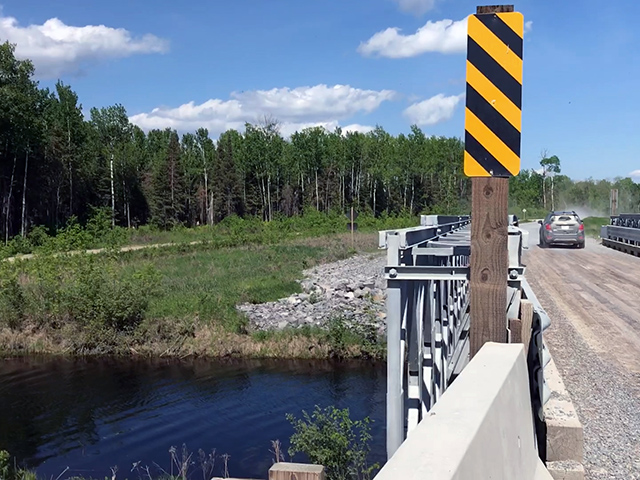 The second bridge goes over a channel diverting Falcon River water away from the aqueduct intake.

“It is truly an amazing feeling to see all of our friends, allies, and community members here to celebrate with us,” said Chief Erwin Redsky, with Shoal Lake 40 First Nation. “I just want Winnipeggers to know we have a lot of friends from Winnipeg here with us and without their support and knowledge of the story the road would not be possible.”