It’s a threat to one out of every three public trees in Winnipeg, and the City is fighting back against the Emerald Ash Borer (EAB).

The insect was detected in Winnipeg in 2017. The discovery was devastating since the borer targets and kills all ash trees.

While the borer can't be eradicated, the destruction of Winnipeg's ash trees can be slowed thanks to a tree injection program the city has launched.

This summer the city will be injecting around 1,000 ash trees in an effort to slow the spread of the insect.

"We will be injecting a botanical insecticide which will go through the living part of tissue of the tree," said Ken Nawolsky, the city's superintendent of insect control. "It minimizes the adults from laying eggs and also to kill the larvae as it develops into the next stage."

He said it takes about a week for the insecticide to work its way through the entire tree.

"Depending on the day and soil moisture and temperature it could be anywhere from 15 to 45 minutes that these canisters will be in the tree," he said. "Once empty they will be removed and we will be leaving a note in the homeowner's mailbox we have treated the tree."

The injections are one part of the City of Winnipeg's program to manage EAB. In 2018, roughly 800 ash trees will also be removed to try and curb the spread of the borer. Removing the trees now will also help to spread out the costs and logistics of removing trees that have died from EAB.

"It is already dangerous to remove a tree that looks okay and appears to be in good condition," said Martha Barwinsky, the city forester. "But when a tree dies from EAB, it becomes even more dangerous because its structural integrity is significantly affected."

Barwinsky said branches and major limbs could fall off a heavily infested tree or one that has already died from EAB.

"The tree can fall over within two years of being killed from EAB. So we are also very mindful and responsible for protecting the safety of the public," she said.

Currently the EAB program is being focused on ash trees in the Archwood Neighbourhood in south St. Boniface and expanding roughly five kilometres out from there.

"That is considered the epicentre," Nawolsky said. "That is where the EAB was found and what the urban forestry branch has done was identify suitable candidates for injections in that area."

Once the tree starts receiving injections, it will need to continue to receive the treatment every two years. While Barwinsky is optimistic the injections will help protect the ash trees, she cautions there is no guarantee the tree will survive.

"It's pretty much delaying the inevitable for the most part however we are hopeful we can preserve a portion of our ash canopy with those injections," she said. "Of course the injection treatments are not a 100 per cent guarantee the tree won't die from emerald ash borer. There are also other reasons an ash tree can die, not just from EAB."

Trees slated for injections will be marked with a grey dot painted on the bark. If a tree will be removed it will have a purple dot. The criteria for injection candidates are quite stringent but, in general, trees selected for injections have to be single stem with a full canopy and a trunk diameter of between 20 to 80 cms. They also have to be in very good to excellent condition. 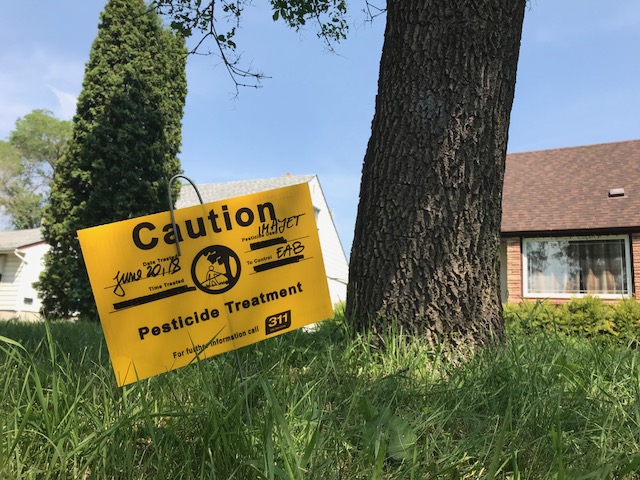 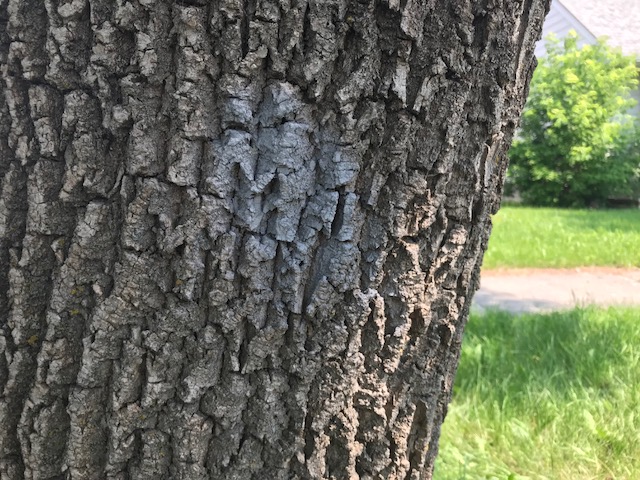 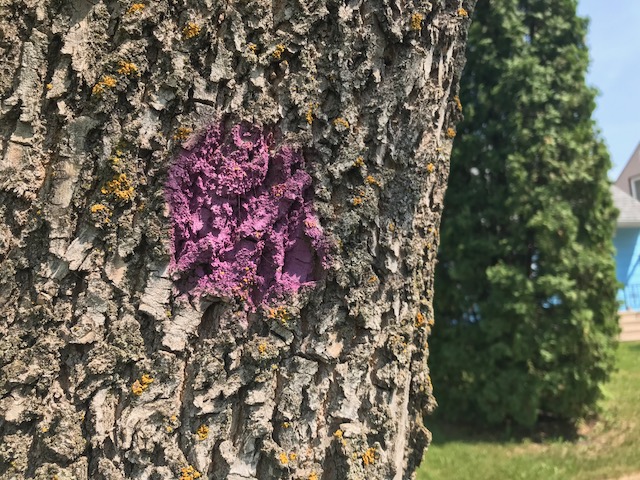 "We are selecting the best of the best for those injections, so we have the greatest chance of preserving those trees and getting the best value out of the treatments," Barwinsky said.

Winnipeg has approximately 256,385 ash trees, of those roughly 101,000 are on boulevards and in parks. Without an EAB management program, the city could lose all of its ash trees within ten years.

"Without doing anything or if we choose to do nothing, there could...potentially be up to 20,000 removals in one year which logistically isn't feasible," Barwinsky said. "That is why it's important to be more proactive and start this program sooner so we aren't strapped with those thousands of removals and a high risk to public safety."

The city is only treating ash trees on public property. Any ash tree on private property is the responsibility of the property owner.

To try to reduce the spread of EAB through the province, residents are reminded it is illegal to move firewood out of Winnipeg and are being urged to learn how to identify an ash tree as well as signs of EAB. Residents are also discouraged from moving ash wood around within the City, especially between April and October, unless it is for disposal to Brady landfill, to reduce the chances of inadvertently introducing the borer into other neighbourhoods. More information can be found on the Urban Forestry webpage.

Parks, Trees and the Environment Animals and Insects