Boy with the Boot statue's history includes relocation and theft

He greets visitors to the English Garden in Assiniboine Park, but before the Boy with the Boot statue found a home there, it had quite the adventure.

The statue’s artist is unknown, however it was likely cast in Italy prior to arriving in Winnipeg in 1898. It was brought here through the work of the Junior Members of the Christian Endeavour Society.

“It was initially in front of (the former) City Hall as part of the Jubilee Fountain which was erected to honour Queen Victoria’s 60th year on the throne,” said Sarah Ramsden, Senior Archivist at the City of Winnipeg.

She said the statue didn’t stay long in front of the former City Hall building. It was removed in 1913.

“One theory was it was removed to make way for a driveway they were putting in,” said Ramsden.

The exact location of where the statue went next isn’t for certain, however Ramsden said he ended up near the Duck Pond in Assiniboine Park, close to where it stands today.

“In 1949, there are some reports of people stumbling across the statue and it being kind of hidden amongst the trees there,” she said, adding in one case someone snowshoeing was spooked by the statue. 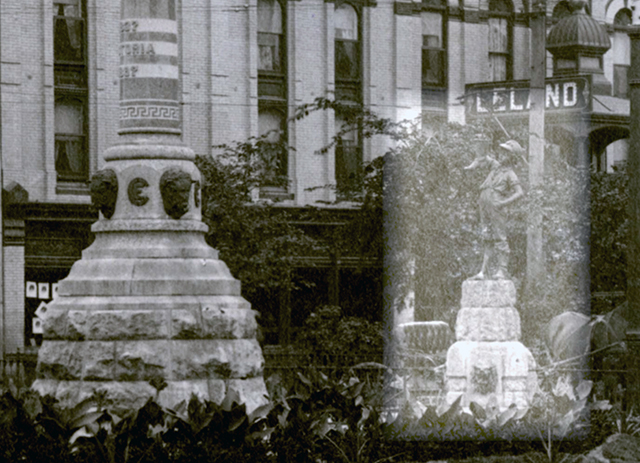 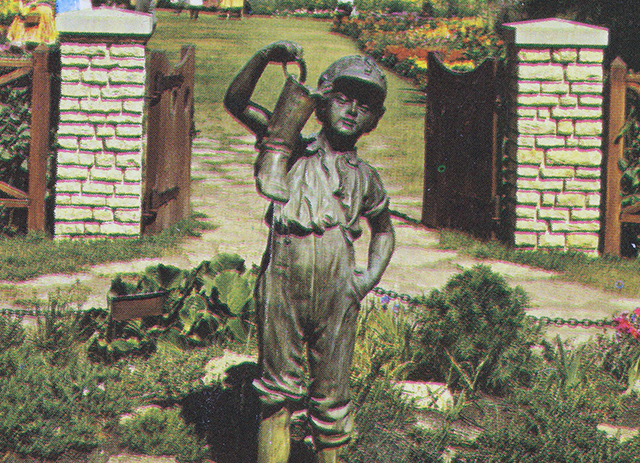 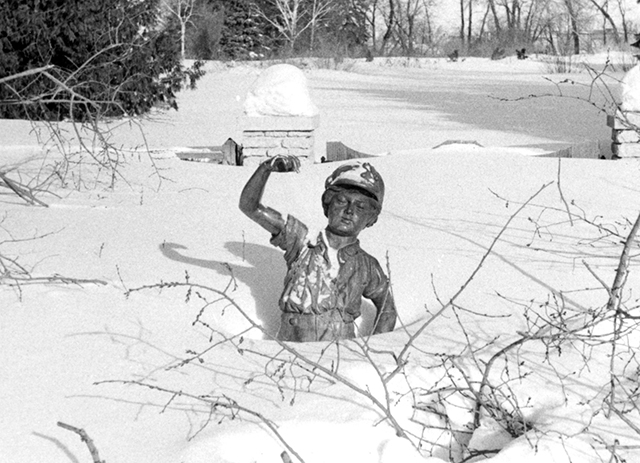 Shortly after that the Parks Board began working with the Order of Rotary International Fellowship, who sponsored the creation of the International Garden. This is at the entrance of the English Garden and was officially opened in 1953, prominently featuring the Boy with the Boot statue.

Ramsden said the statue has disappeared a few times from this location since then. Most notability, he was stolen in 1994 by a fraternity.

“After being gone for several months, it reappeared at local radio host Peter Warren’s home in Charleswood,” she said.

“Warren found the statue in his barn with the note that said: ‘Timmy went on a journey. Timmy is lonely and wants to go home. Peter, take care of him.”

Ramsden said it is unclear why the note referred to the statue as ‘Timmy’.

The statue was returned to Assiniboine Park and can be enjoyed by everyone visiting the English Garden.

“To me this is a reminder that things around us, things we are accustomed to seeing all the time and never seem to change, they actually have these rich stories behind them and can tell us a lot about our city,” said Ramsden.

A bust of Queen Victoria can also be found in the English Garden. It was once on display in front of the former City Hall in the same Jubilee Fountain display that featured the Boy with the Boot statue. 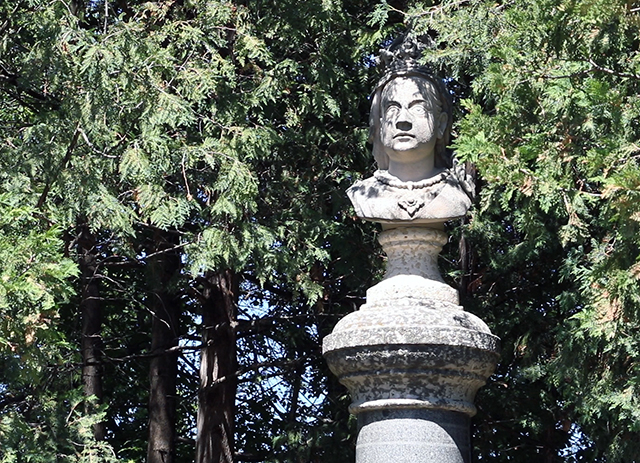 This bust of Queen Victoria was once on display in the same Jubilee Fountain display that featured Boy with the Boot statue. It is also now in the English Garden.

Parks, Trees, and the Environment Other City Information