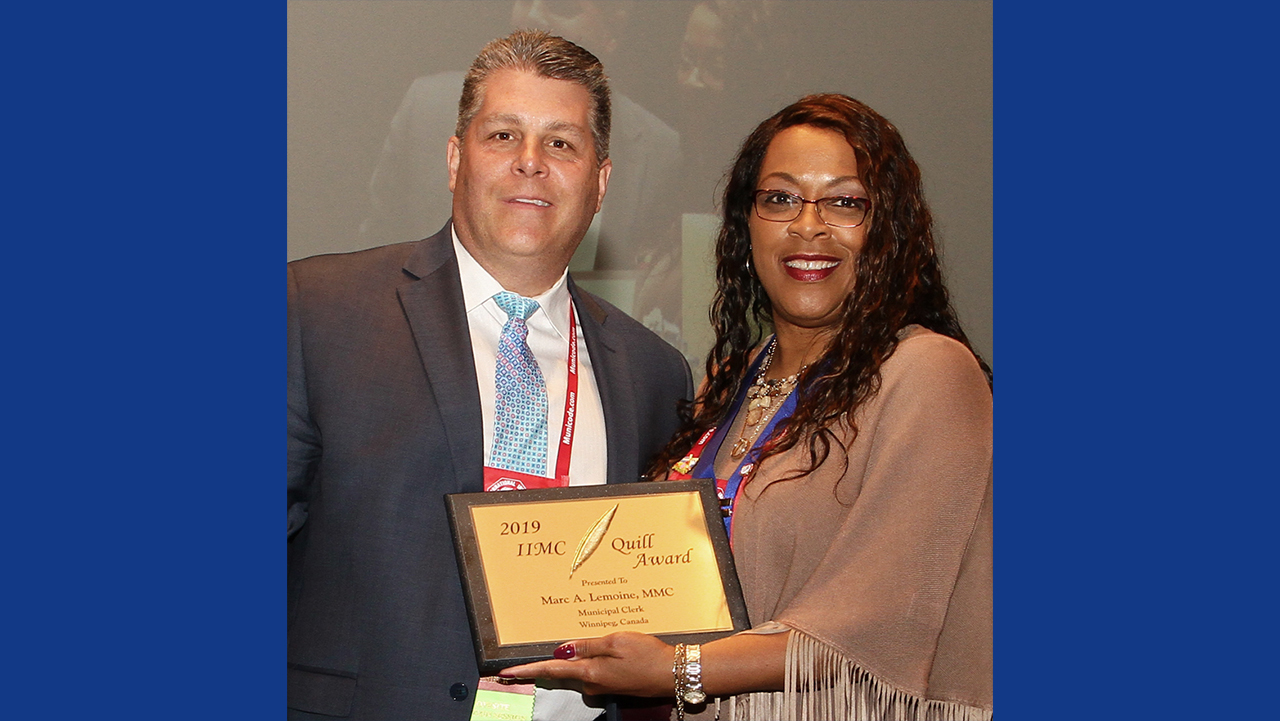 When Marc Lemoine won the 2019 Quill Award, he became only the sixth Canadian clerk to receive the prestigious recognition in the 32 years it has been given out.

The Quill is awarded by the International Institute of Municipal Clerks (IIMC) and recognizes members who have made significant and exemplary contributions to their community as well as IIMC.

“It is always humbling to be recognized for an award by your professional colleagues,” said Lemoine.

Lemoine became Winnipeg’s City Clerk in 2018 and previously served as Deputy City Clerk for more than a decade.

“This is a well-deserved and tremendous honour for Marc,” said Mike Ruta, the City of Winnipeg’s Interim Chief Administrative Officer.

Lemoine is currently the chair of the IIMC’S International Relations Committee and had also been the organization’s past president.

“The IIMC has helped me to serve the citizens of Winnipeg better in all areas of our service delivery, including the decision making process, elections, and archives through ongoing education and exposure to the latest trends in the Clerking profession,” said Lemoine.

“Networking with others who do the same job as I do in other major cities around the world has been invaluable and provided exposure to best practices and procedures we have been able to incorporate, thereby enhancing our department’s operations.”

Under Lemoine’s direction, the City Clerk’s Department is continuing to incorporate technology to improve processes at City Hall. During the 2018 Municipal Election, the department piloted the use of iPads at the advance voting locations to make the process more efficient.

E-government systems such as online agendas, minutes and video recordings of Council and committee meetings are also used, and Electronic Data Records Management Systems have been established.

The IIMC is a non-profit organization with more than 10,000 City Clerk’s from 16 countries as members. Members represent municipalities with populations ranging between 1,000 to 8 million.