Artificial Christmas tree to be installed in front of City Hall

Tree just one part of the City of Winnipeg's holiday displays

This year, we are pleased to be starting a new tradition at City Hall. We have purchased a 28-foot artificial tree that will be installed in the City Hall courtyard in the coming weeks.

This new tree is an economical alternative to a live Christmas tree that can be reused annually for the next decade.

The City of Winnipeg was not able to install a donated live spruce tree at City Hall this year because Urban Forestry crews and equipment that are used to move and install the tree are still focused on the extensive cleanup required of tree debris city-wide following the recent unprecedented storm.

The artificial tree can be installed without the use of our Urban Forestry crews and will still bring the joy and wonder of Christmas to our residents and visitors!

In addition to the Christmas tree, the City’s festive lights displays also help make the holiday season a little brighter.

“You go downtown and you see them up there and you appreciate them for what they are at the time,” said Derek Resch, Public Service Operations Supervisor.

“You kind of forget about them once they come down until you see them next season.”

Resch is responsible for 750 pole mounted fixtures and five large median displays. Altogether, the collection spans 7.5 kilometres through downtown. Prep work to get the fixtures ready for the holidays is a year-long process. 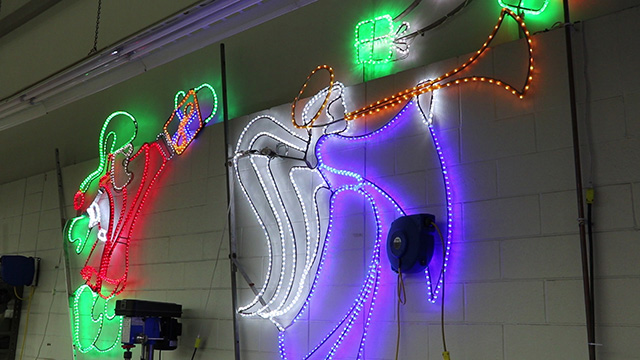 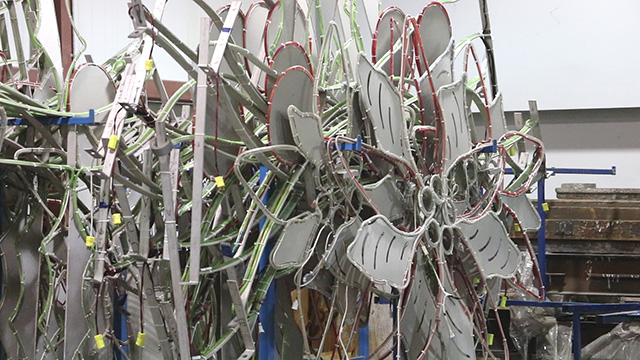 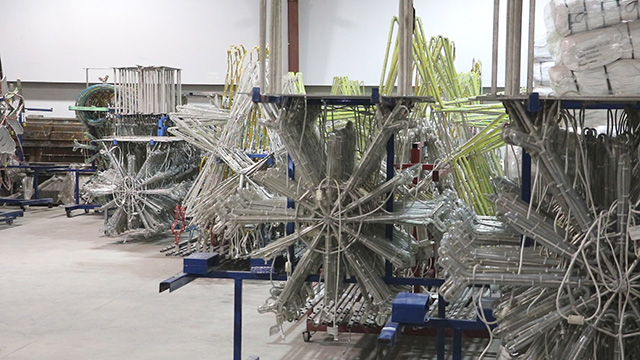 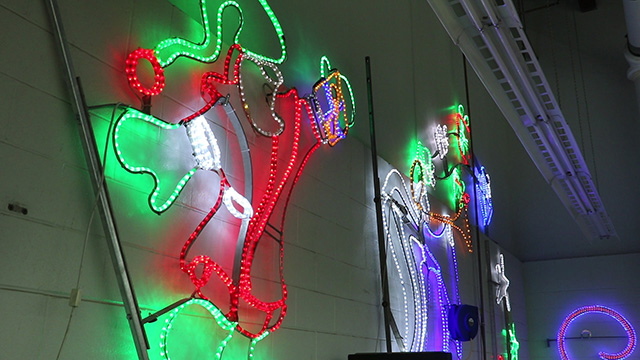 “I don’t think a lot of people realize there is a lot of work in maintaining the collection,” said Resch.

The work starts as soon as the lights come down in January with a good cleaning.

“They get a lot of grime and road salt built up on them from being outside,” he said. “We give them a nice bath and clean them off.”

All the lights are then tested to make sure they are working. Anything that isn’t is repaired. Resch said the repairs are ongoing through the summer.

Up until 2002 the collection used lightbulbs. That meant power consumption for the display was roughly 305kw. With the change to energy efficient LED rope lighting, power consumption dropped significantly to approximately 29kw.

The lights will be turned Saturday, November 16, 2019 at 5 p.m. prior to the start of the Winnipeg Santa Claus Parade and will be illuminated during every evening and overnight until early January.