Drivers are being reminded to slow down around emergency vehicles 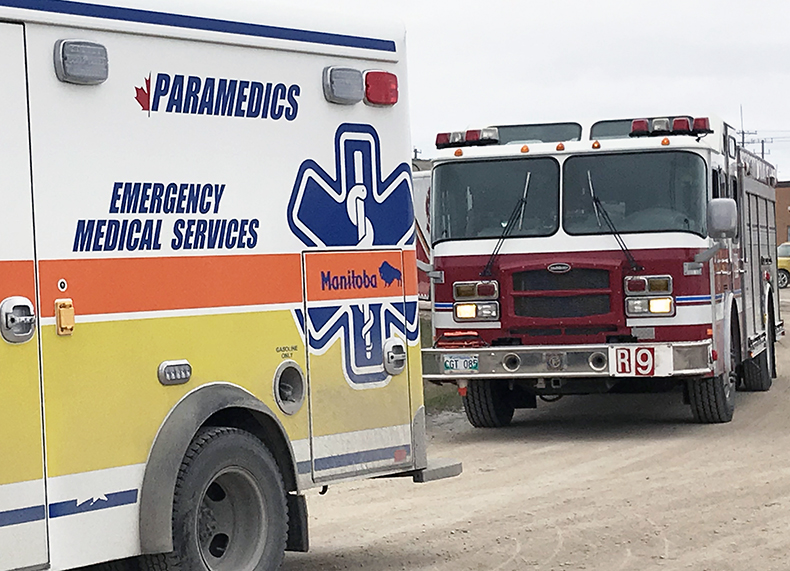 The Winnipeg Fire Paramedic Service (WFPS) is reminding all drivers to slow down when passing emergency vehicles after a crew member was nearly hit recently while responding to a call.

The fire engine had its emergency warning lights on while parked in the curb lane on a residential street and another vehicle passed by at a high speed as the crew was getting out. The vehicle came so close to one of the crew members that it knocked a piece of equipment out of their hands as it drove off.

“A first responder may be assisting someone outside your line of sight, so remember to use extreme caution when passing,” said Jones.

When approaching a scene where fire crews are working, it’s best to avoid the area completely and use another route. Never drive over firefighters’ hose lines. Doing so poses a significant danger to anyone in the vehicle, the first responders on scene, and can impede firefighting efforts. Driving over a hose line is a ticket-able traffic offense under the Highway Traffic Act.

If an emergency vehicle approaches on the road, Jones said drivers need to pull over to the right (or the nearest curb for one-way streets), and come to a full stop until the emergency vehicle passes. Drivers should also always use caution when crossing intersections.

“In an emergency, seconds count, and emergency vehicles need to get to their destinations quickly and without incident...”

“A motor vehicle collision could mean delays for people waiting for an emergency vehicle to arrive and could result in an injury or worse for a WFPS member,” said Jones.