By the numbers: A closer look at all the snow in Winnipeg this winter 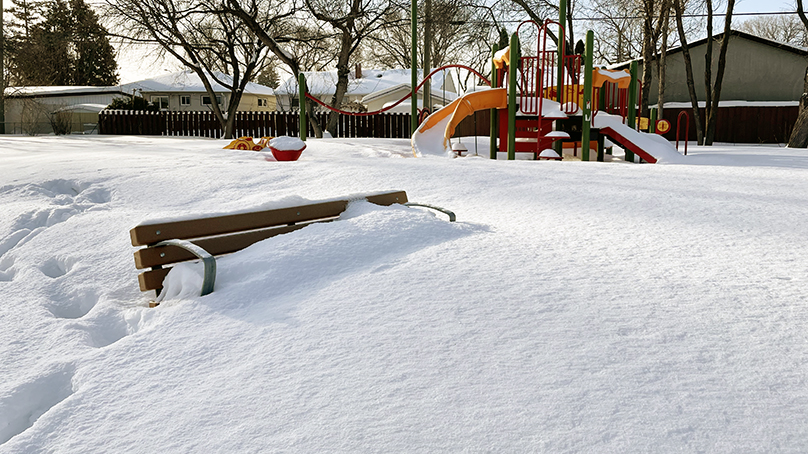 Winnipeg is known for winters that can be cold and snow-filled, but it seems the snow just won’t stop falling this season.

“We’ve certainly been spoiled with less snow over the past few winters so that makes what we are dealing with this winter seem even more substantial,” said Michael Cantor, Manager of Streets Maintenance.

“If the snow continues at the rate we’ve seen this winter, and based on historical averages, we’re likely on pace to have an above-average total snowfall of around 144 centimetres.”

All that snow has kept our crews busy. From January 18 to 24, we’ve cleared a combined 13,466 lane kilometers of roadways, back lanes, sidewalks, and pathways. That’s more than the distance of a roundtrip drive from Vancouver to Halifax. 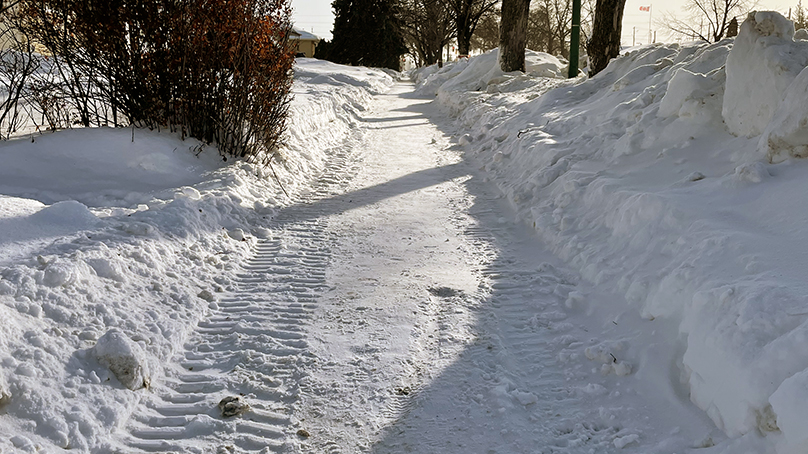 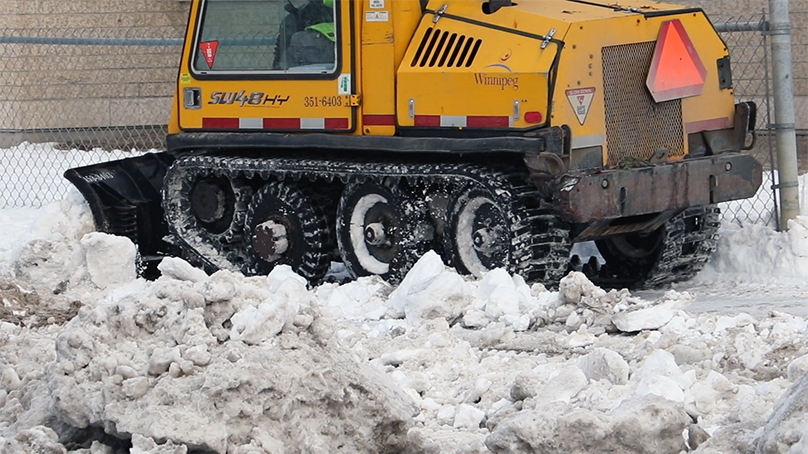 On top of crews clearing the snow, they are also hauling it away.  During that same week in January, we removed approximately 40,645 cubic meters from boulevards. That can fill more than 16 Olympic-sized swimming pools, which are comparable in size to Pan Am Pool. That work is anticipated to continue for several more weeks.

“We are in the middle of an extensive snow hauling operation to remove the high snow piles at intersections and along the roadways around the city,” said Cantor. “Not only will this work improve site lines for pedestrians and drivers, but it will also free up space in anticipation of more snow.”

Cantor is reminding parents and children to only play in safe areas, away from streets and vehicles.

“When we receive a lot of snow, children sometimes turn high snow piles near roadways into play areas and our crews are on the lookout for these types of situations which are extremely dangerous.”

If you spot a high snow pile at an intersection that needs to be removed, we want to know about it. Fill out this online form so our crews can look into it.

The snow hauled away ends up at one of our four snow disposal sites, which has a combined capacity of 1.7 million cubic metres. While our smallest location at Kenaston Boulevard has closed for the season, there is still plenty of space at the remaining three sites. They are available for public use 24-hours a day, seven days a week. 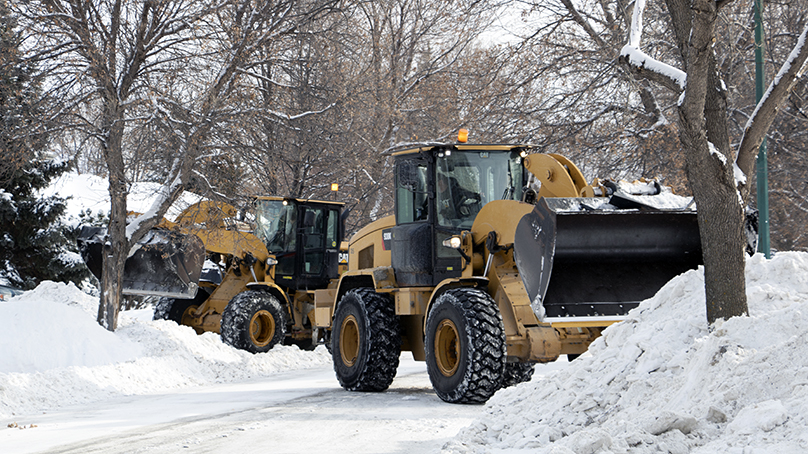 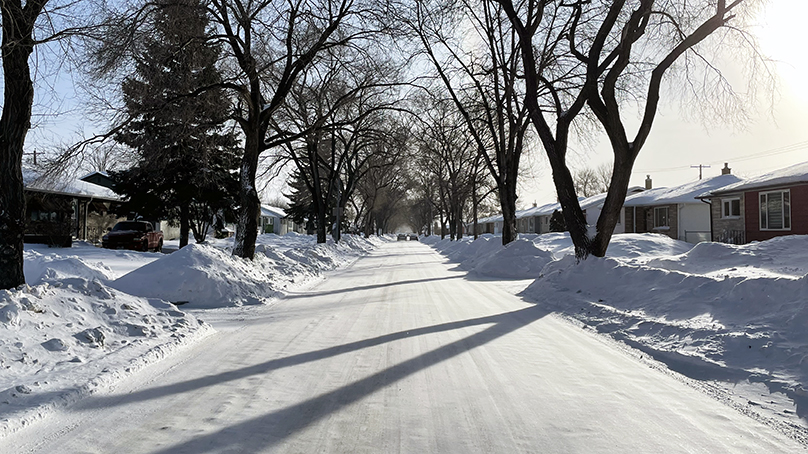 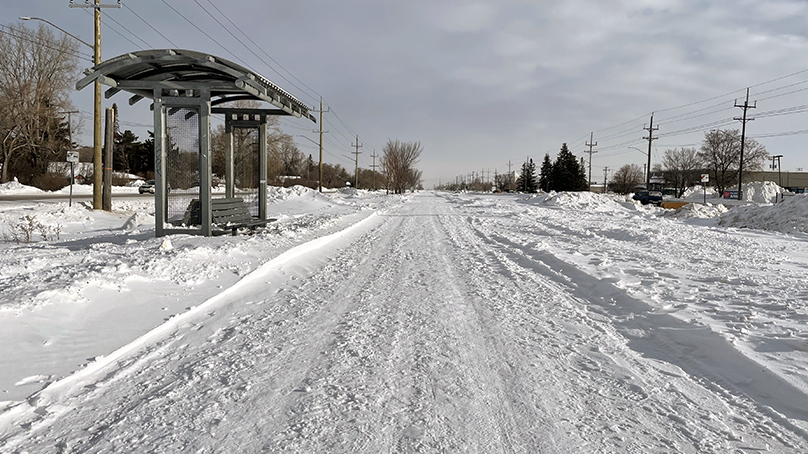 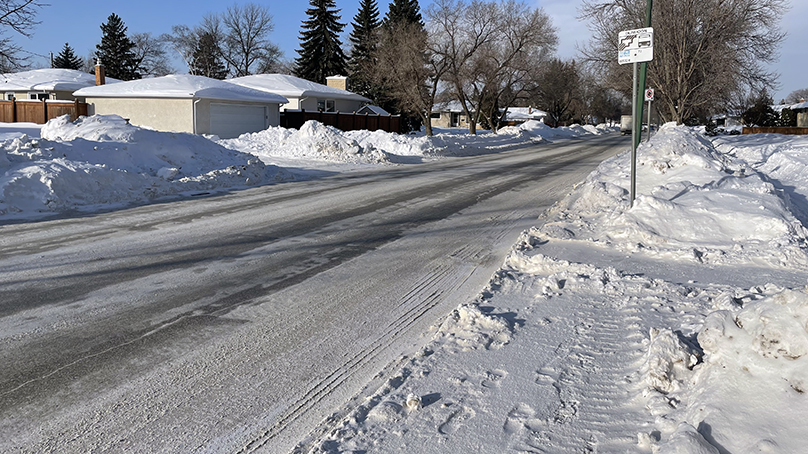 “With the seemingly constant snow, this winter has felt likely very repetitive for many and I feel it too,” said Cantor. “But I do want residents to know that we are working around the clock to clear the snow on a priority system and we’re prepared for whatever winter weather gets thrown our way.”