“We’ve already been getting a lot of positive feedback on it and how nice it looks,” said Derek Resch, the Public Service Operations Supervisor, as the tree was being installed for the first time at the end of November, 2019.

“It’s actually a really rewarding sight to see this tree has made it here safe and sound.”

The City of Winnipeg has started a new tradition of installing the artificial tree because crews were still cleaning up after the unprecedented October storm and were not able to install a donated live spruce tree.

The new tree provides an economical alternative to a live Christmas tree that can be reused annually for the next decade. 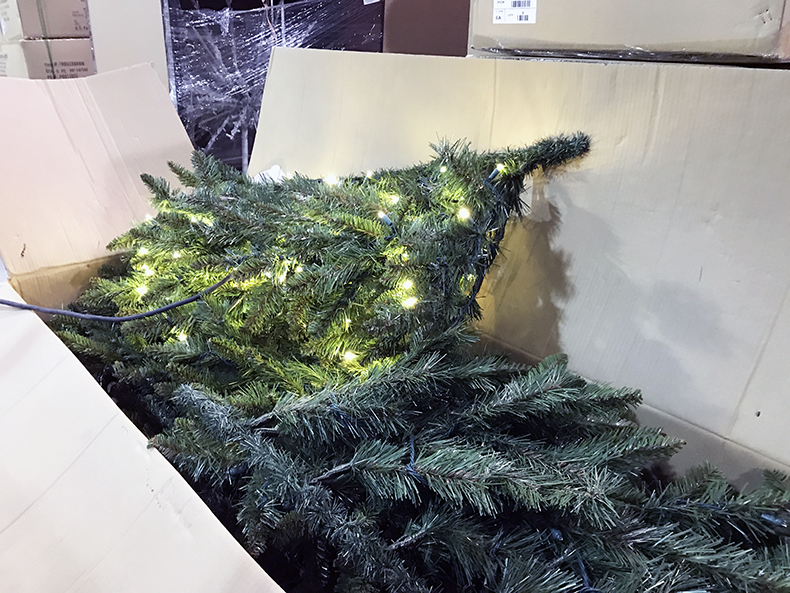 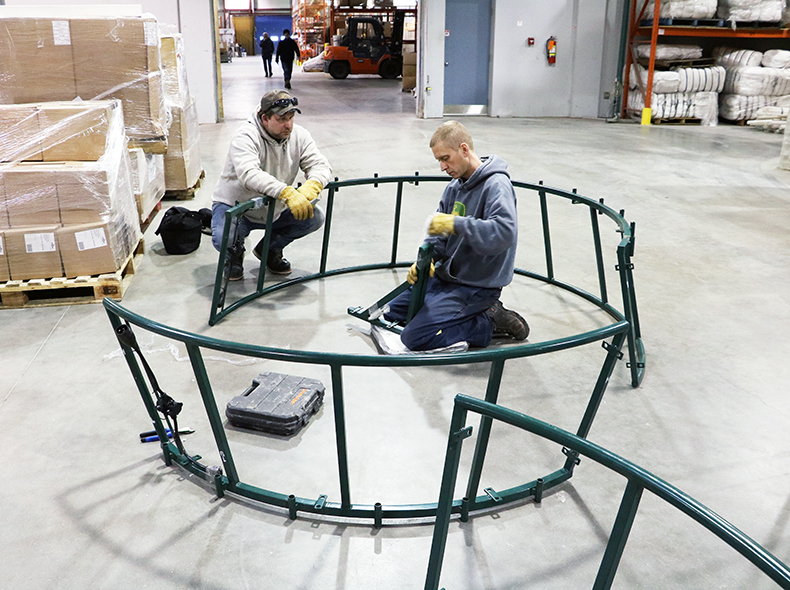 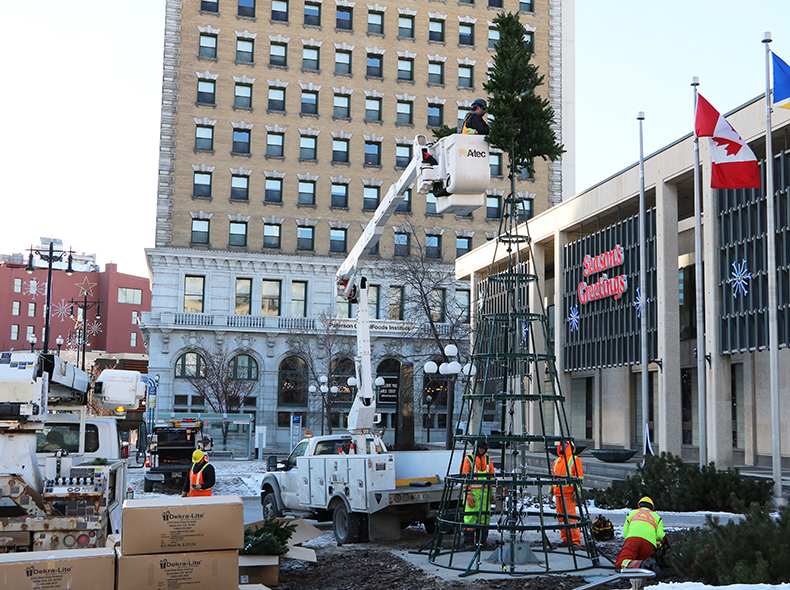 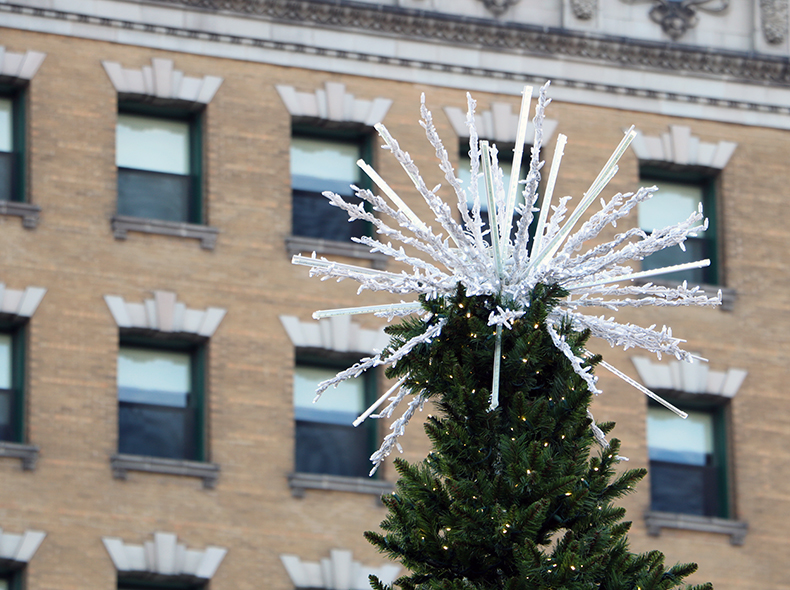 “This tree it’s a more sustainable solution and within two years it will have paid for itself,” said Resch. “The 15,400 lights used are all LED which also means the power consumption will be extremely low.”

Arriving in dozens of boxes and on several pallets, the tree’s set up started inside a City warehouse before being trucked downtown and lifted by crane into place in front of City Hall. Each branch had to be attached individually.

“We started piecing it together a bit by bit and, no different than your tree at home, it took a little bit of fluffing and sorting out,” said Resch.

The tree comes with a 10 year warranty and has received a structural engineering stamp so it will be enjoyed for several years to come.

After being lit on December 3, the tree will stay up into the early New Year.