Flags adopted under direction from Council affirm our commitment to reconciliation 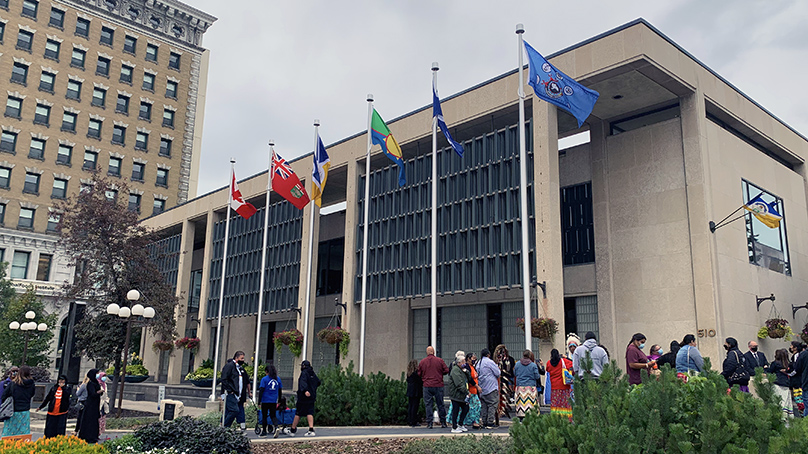 Displayed prominently in City Hall’s Courtyard, we have installed a display of flags representing Indigenous Nations as a symbol of our ongoing commitment to reconciliation.  The three flags, representing Treaty One Nation, Dakota Nations, and the Métis Nation, have been adopted under the guidance of Council and will now fly alongside the Canadian, Province of Manitoba, and City of Winnipeg’s flags, respectively.

“These flags are a symbol of the City’s commitment to a reconciliation process guided by the knowledge and experience of Treaty One, Dakota and Métis Nations.” said Cecil Sveinson, Manager, Indigenous Relations Division.

Consultation done by the Indigenous Relations Division with First Nations and Métis rightsholders on this project affirmed strong support for adding the three flags.  We worked with Northern Sky Architecture on the plan proposal, design, and installation of the flags.

Located in the Homeland of the Métis Nation and in Treaty No. 1 territory, the new permanent installation of flags at City Hall will be symbols to residents, elected officials, and the public service of our mutual respect and understanding in establishing and maintaining relationships and partnerships as we move forward on our Journey of Reconciliation.