Award presented by the International Association for Public Participation Canada 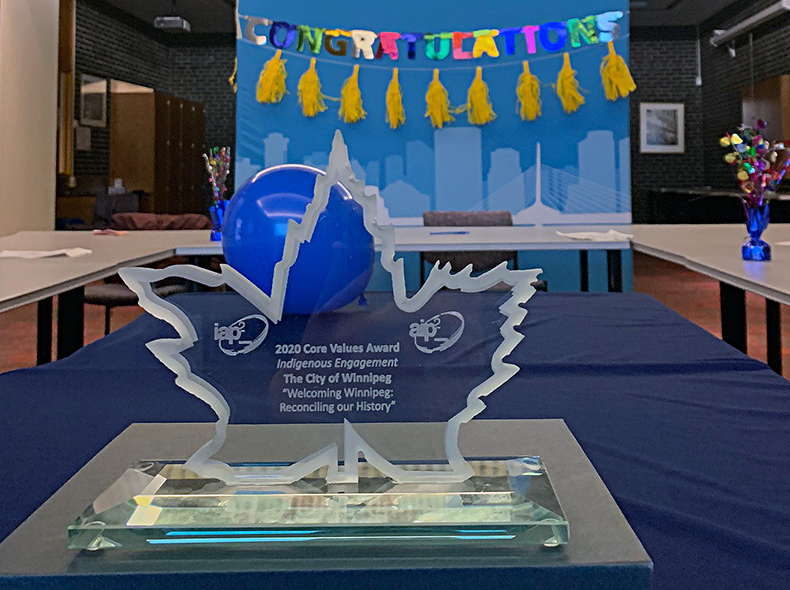 Through examining existing monuments, signage, and street names, Welcoming Winnipeg: Reconciling our History aims to provide a more balanced representation of Winnipeg’s history. In addition to making an impact in Winnipeg, the initiative has recently received a national award.

We received the Indigenous Engagement Core Values Award from the International Association for Public Participation (IAP2) Canada during a virtual award ceremony on September 30.

“We are honoured to be recognized for our work on such an important part of our Journey of Reconciliation,” said Morgan Vespa, Manager of Public Engagement.

“The Welcoming Winnipeg’s engagement process created space to respond to a national dialogue and to allow residents to hear one another as we move forward on this journey.”

More than 1,100 residents actively took part in the Welcoming Winnipeg public engagement process during 2019 and many others were informed. Through two phases, the process included a panel event, discussion, workshop, an option for residents to submit their own stories, stakeholder sessions, and online opportunities to submit feedback.