A brand new chapter for Winnipeg Public Library has started in the River Heights neighbourhood with the opening of the Bill and Helen Norrie Library.

The branch, located at 15 Poseidon Bay next to Pan Am Pool at the corner of Grant Avenue and Cambridge Street, officially opened its doors on March 29, 2021 and replaces the River Heights Library.

“This new library is a fully accessible space and will better meet the needs of the community,” said Angela Mehmel, Branch Head at the Bill and Helen Norrie Library.

“We are so proud that the design reflects the community feedback we received during the planning process.”

The building also recognizes the history of the site. After consulting with the families of those who lived in the area formerly known as Rooster Town, the library was designed with a pitched roof, wood paneling, earth tones, and glass walls etched with Saskatoon berry designs. Images of Rooster Town, artifacts, and books are also featured in the branch. 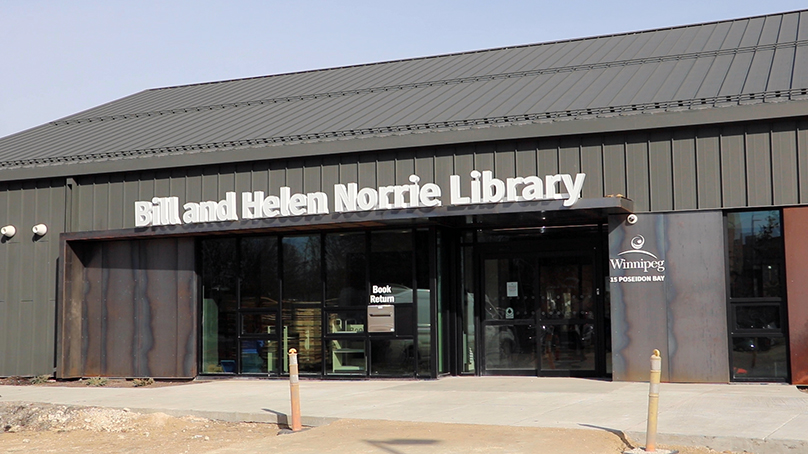 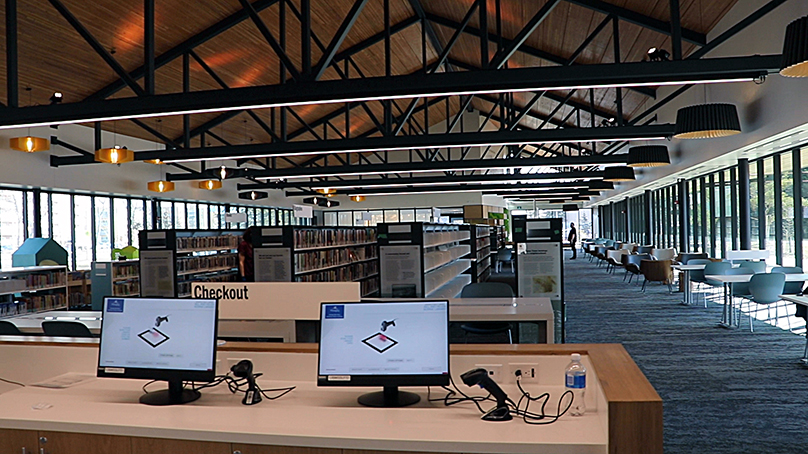 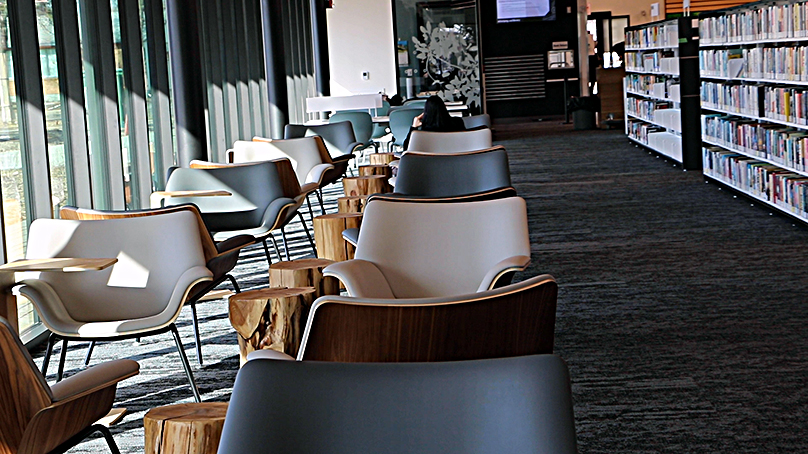 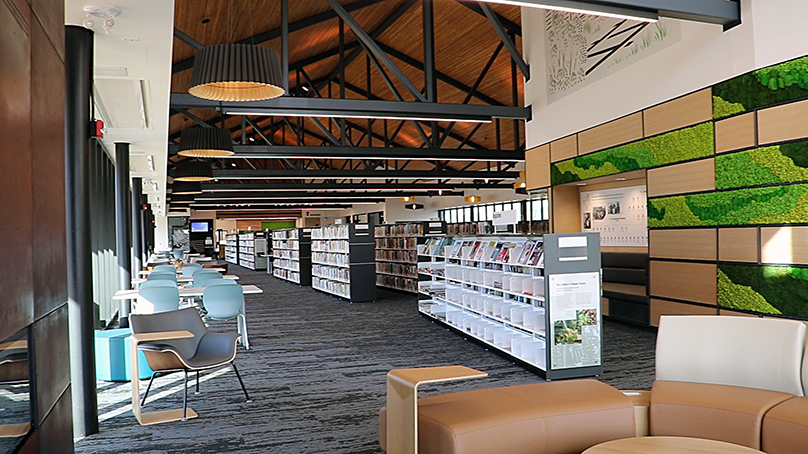 Due to current COVID-19 restrictions, library users will only be able to enter the library to collect the materials they’ve placed on hold, return their material, or to make membership changes.

“The health and safety of our library users and employees are our top priority and we look forward to being able to fully welcome everyone back when appropriate,” said Mehmel.

The library was named after Bill Norrie, who served as Winnipeg’s Mayor from 1979 to 1992, and his wife Helen, a former teacher and librarian.

“I am glad that his (Bill’s) name is going to be remembered in the library and that is something he would have been very happy for,” said Helen Norrie back in 2018 when the library name was unveiled. “He was very keen on libraries and anything that would add to the way of life for people in the community.”

In addition to honouring the past, the library has been built for the future. It features Smart Glass technology, which serves as an electronic blind and offers instant visual privacy at the touch of a button. The glass can be electronically adjusted to be clear, frosted, or opaque.

The 14,000 square foot facility has also been energy-modelled to provide optimal operating efficiency and has been recognized by Manitoba Hydro for its energy efficient construction. The site also is the first City library with an electric vehicle charger.

Winnipeg residents have also been able to follow along with the construction of the site. Not only is it on a very busy street corner, but the process was livestreamed on the City’s YouTube account.

Time-lapse video of the Bill and Helen Norrie Library construction

The Bill and Helen Norrie Library was identified as a priority in the Library Redevelopment Strategy. Cornish Library is currently undergoing renovations with other recent projects including the new Transcona and Windsor Park Libraries and upgrades to  the St. Vital and St. John’s Libraries.