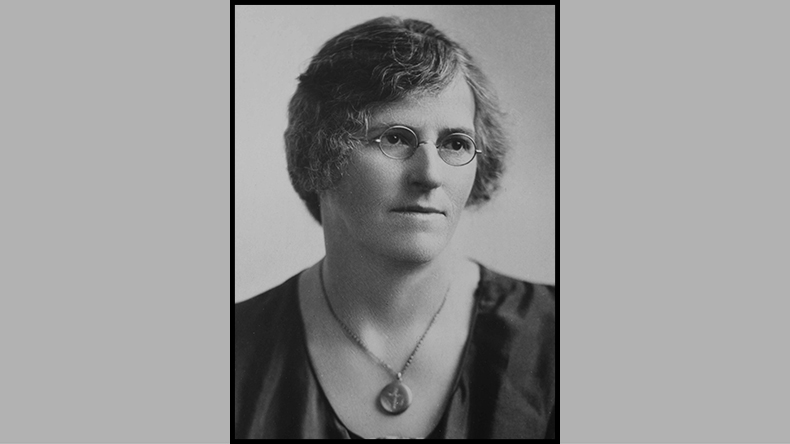 A civic election held a century ago proved to be a significant moment for Winnipeg City Council. It was on December 3, 1920 that Winnipeg voters elected Jessie Kirk, the first woman councillor in the city’s history.

“If not for a new system of voting, Kirk may not have been elected to City Council in 1920,” said Sarah Ramsden, Senior Archivist at the City of Winnipeg. “In addition to redefining ward boundaries, the City introduced a form of proportional representation that allowed voters to cast their ballots for multiple candidates based on preference.”

While she did not receive enough votes on the first count, Ramsden said Kirk was declared one of the winners in the final count owing to the number of transferable votes.

“Notably, more women were eligible to vote in the 1920 civic election than ever before, the franchise having been extended to include the wives of returned soldiers, property owners, and tenants.”

Kirk was one of three candidates elected to represent Ward 2 for a two-year term starting in 1921.

During that time she was an active member of City Council, sitting on the Health, Public Safety, and Finance Committees as well as the Parks Board, Winnipeg Housing Commission, and Winnipeg General Hospital Board of Directors.

Before being elected to City Council as a labour candidate, Kirk ran unsuccessfully for school trustee in 1919. She appeared at Council that year to request the addition of her name to the Assessment Roll, since owning property was a requirement for her candidacy.

In 1920, Kirk was one of two women elected to the executive committee of the Dominion Labour Party. 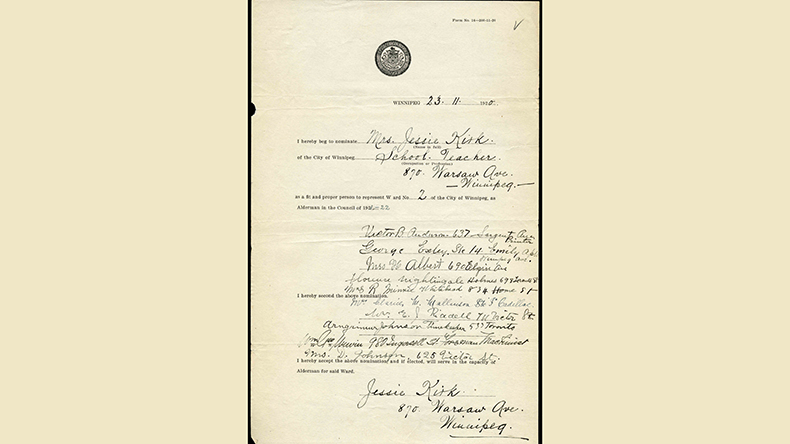 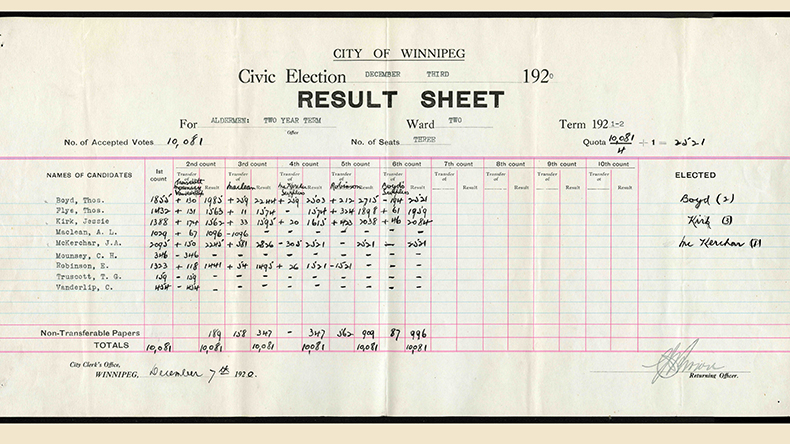 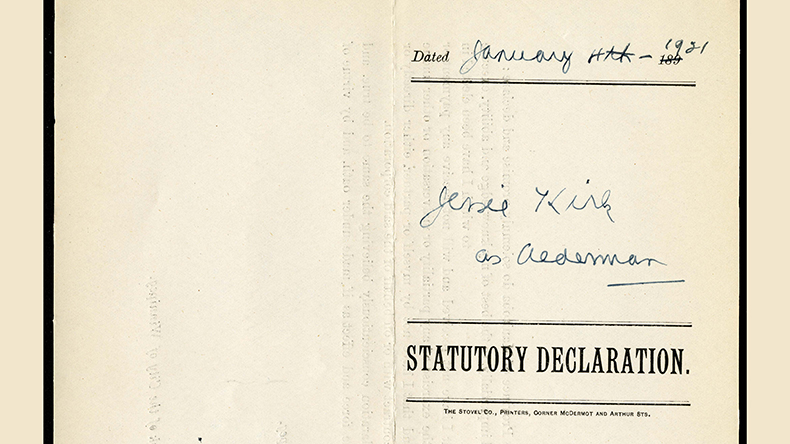 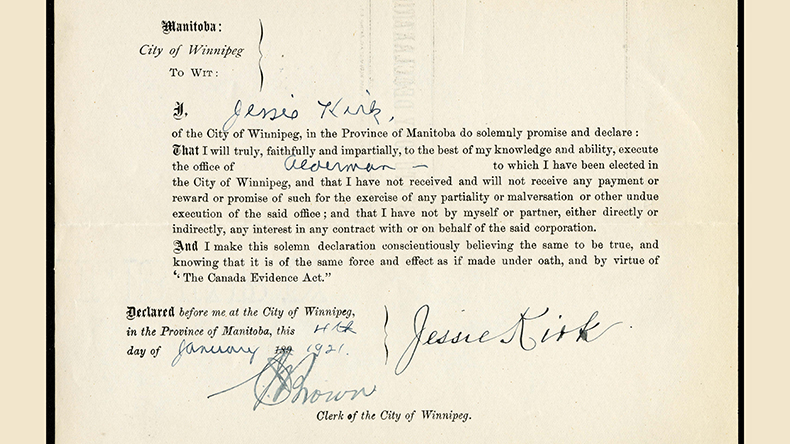 Born in England, Kirk worked as a school principal before coming to Canada. She was employed as a teacher in Winnipeg but lost her job because of her labour activities.

Kirk ran for City Council again in 1922, 1923, 1926, and 1934, but was defeated each time. She was a longtime member and former chairperson of the Civic Charities Bureau and the first woman member of the Home and Property Owners’ Association. She died on December 2, 1965 and is buried in Brookside Cemetery.

“Kirk’s success came on the heels of other milestones in the women’s movement,” said Ramsden. “With her efforts, she helped to pave the way for women at City Hall.”

To date, there have been 33 women elected to Winnipeg City Council.