November 8 will always hold special meaning for the City of Winnipeg. It’s on this day back in 1873 the City was incorporated but the road to becoming a city wasn’t easy.

“The original bill for incorporation was actually thrown out,” Sarah Ramsden, archivist with the City of Winnipeg, said. “At issue were civic taxation and the financial burden on major property holders.”

Ramsden said the advocates for incorporation eventually became frustrated with the Manitoba Legislature’s lack of progress.

“Tempers reached their pinnacle when a small group ambushed the Speaker of the House, Dr. CJ Bird, and had him tarred and feathered.” Ramsden said, adding that despite a $1000 reward for information, no one came forward.

The Act to Incorporate the City of Winnipeg was passed November 8, 1873 however the first election wasn’t held until the following year. 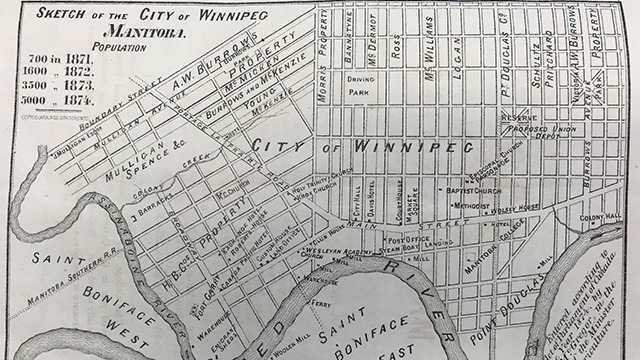 Winnipeg only covered an area of roughly three square miles and had a population of 3,500 when it was incorporated.

More information on Winnipeg’s beginning can be found by visiting the Pathways to Winnipeg History.