City receives additional recognition for its support of Reservists

City of Winnipeg named Most Supportive Employer in Manitoba for Reservists 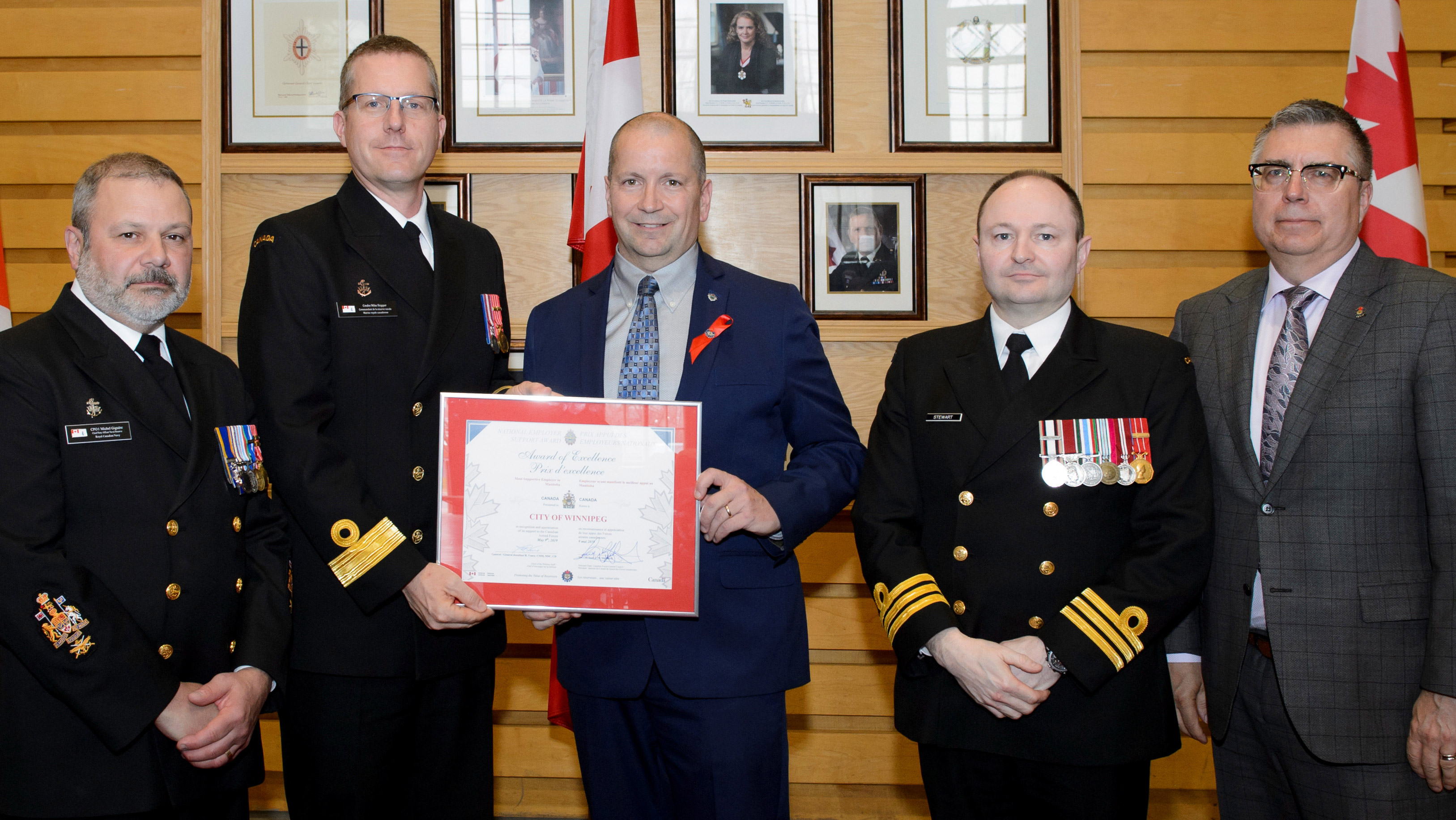 The City of Winnipeg has received a second recognition for its support of employees who are Reservists.

Earlier this month, the City was presented with a national award from the Canadian Forces Liaison Council for the Most Supportive Employer in Manitoba award during a ceremony in Ottawa.

The City had previously won the Best Practices in Employer Support for a Government Organization for Manitoba award from the same organization. 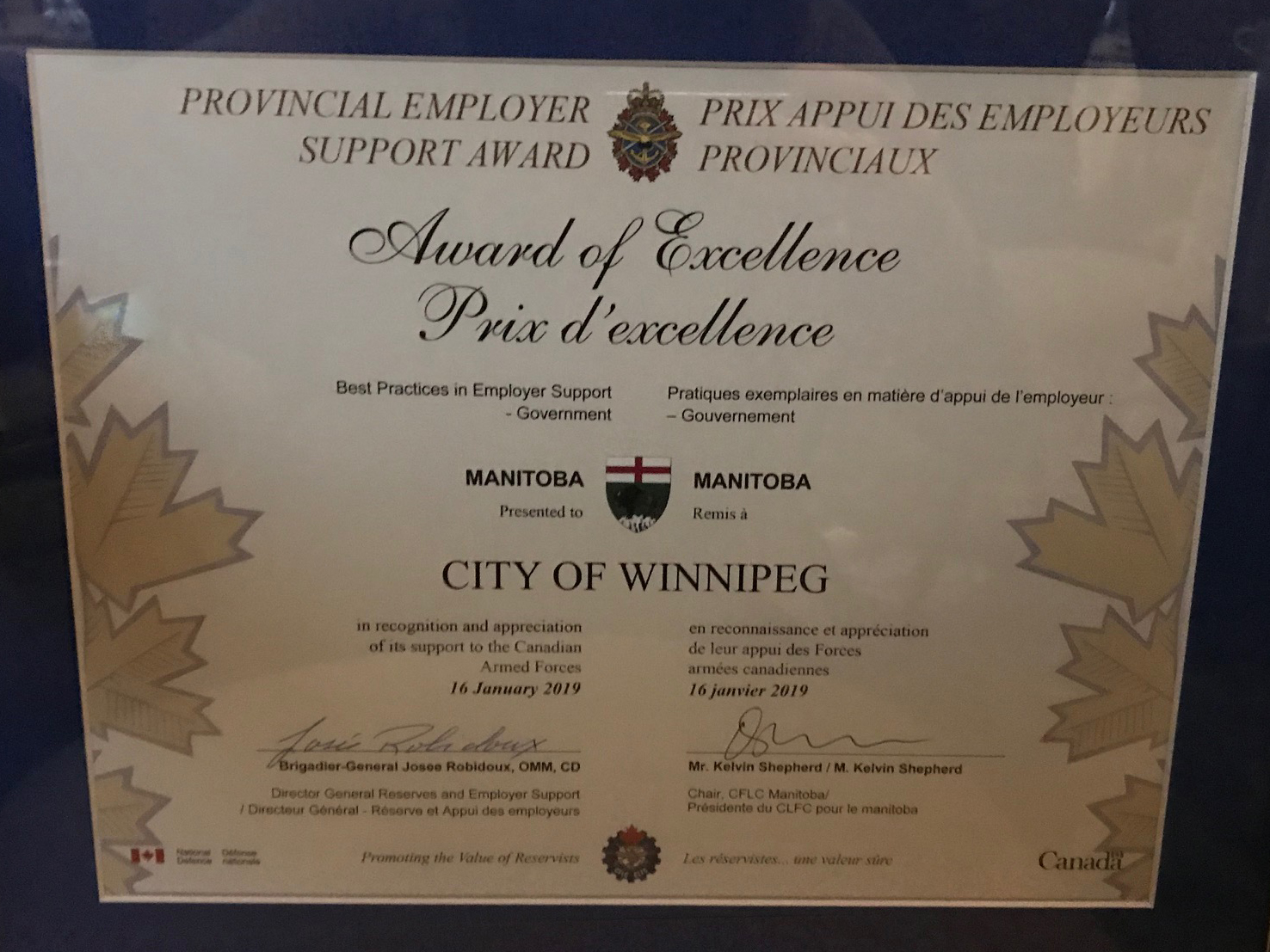 The City of Winnipeg previously received the Best Practices in Employer Support for a Government Organization for Manitoba award in January 2019.

In addition to understanding the needs of Reservists when it comes to adjusting work schedules on short notice, the City also offers a Furlough Leave program that allows Reservists to buy days off without pay and spread the cost of the leave to the employee over several weeks.

It is difficult to know exactly how many Reservists are within the City’s workforce because they do not have to self-identify. Recent figures show approximately 30 employees are active Reservists.

They are in a wide range of City departments including Winnipeg Transit, Winnipeg Police Service, Winnipeg Fire Paramedic Service, and within City administration.
Celebrating City Employees