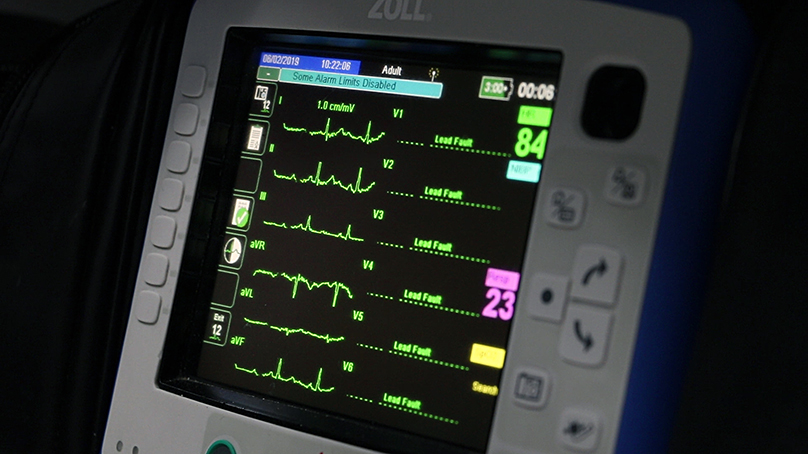 It can often be mistaken for heartburn, but a STEMI heart attack is one of the most serious heart emergencies a person could experience.

Also known as a ST-Segment Elevation Myocardial Infarction, a STEMI occurs when the flow of blood and oxygen is significantly reduced because an artery in the heart is blocked by a clot. This causes the heart, in essence, to die.

“Everyone hears the classic symptom of a heart attack is considered chest pain but I am going to say it is chest discomfort, whether that is the form of pain, a heaviness, or the feeling of a weight,” said Dr. Rob Grierson, the Winnipeg Fire Paramedic Service (WFPS) Medical Director.

Other symptoms can be shortness of breath, nausea, and sweatiness.

“Sometimes women actually present with atypical symptoms so they may not have all those types of symptoms,” said Dr. Grierson. “They could just have some slight nausea or just generally feel weak.”

It is estimated around 600 people in Manitoba suffer a STEMI heart attack every year. Only a third of them will actually call 911 and are transported by ambulance. The remaining patients find their own way to the hospital.

Your chance of surviving this type of heart attack has greatly increased because of the WFPS’ STEMI Protocol.

Established in 2008, the protocol provides quicker treatment to patients who call 911. By asking questions, the operator is able to give the patient instructions even before first responders arrive.

“We have the ability to diagnose the STEMI right where you are by doing an electrocardiogram,” said Grierson.

The results are sent wirelessly to an on-call physician who is able to help first responders decide what should happen next.

“If you are having a STEMI, the treatment plan in most instances is to go directly to the Cardiac Cath Lab in St. Boniface Hospital,” he said.

“We will take you direct to the lab where the physicians and the nurses can remove the clot from your heart immediately.”

For someone who calls 911, this process takes an average of 67 minutes from the time paramedics first arrive, to when the patient has the blockage removed by a cardiologist.

That time nearly doubles if the person finds their own way to the hospital. In that time significant damage could be done to the heart, which could lead to serious complications such as congestive heart failure or even death.

“That is not because the people in the hospital are doing anything incorrectly,” stated Dr. Grierson. “It’s just there are so many more steps if you present to a hospital.”

He stresses people who may be experiencing heart attack symptoms to call 911 instead having someone take them to the hospital or driving themselves.

“Things could deteriorate quite rapidly and you could become unconscious, your heart could go in to an abnormal rhythm, and it can even stop,” said Dr. Grierson. “Call 911 and let us do what we do best and save your life.”