Roughly 75 million pounds of materials were removed from site

When imagining the demolition of a large-scale building, thoughts of a countdown, a big red button, and a cloud of dust might come to mind. The demolition of the former Public Safety Building and Civic Centre Car Park in downtown Winnipeg was more of a gradual process, as the buildings were deconstructed piece-by-piece and removed from the site.

The demolition of the major structures was all captured on camera and sped up into a time lapse in the video above. It compressed the 11-month exterior demolition and site levelling portion of the site readying project into just over two minutes. 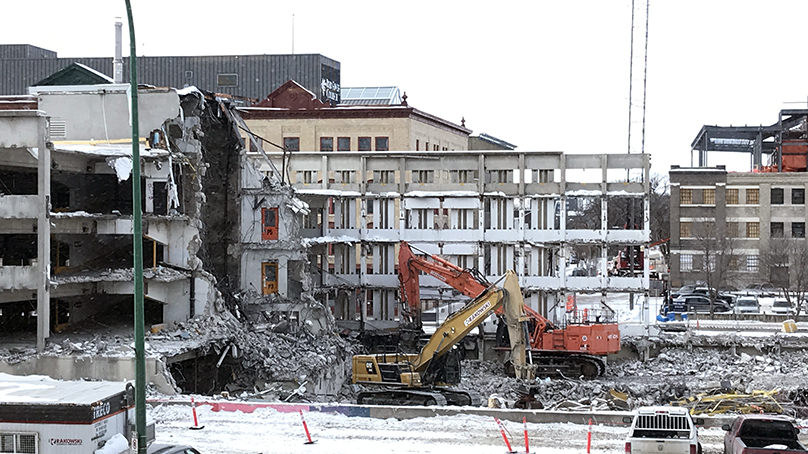 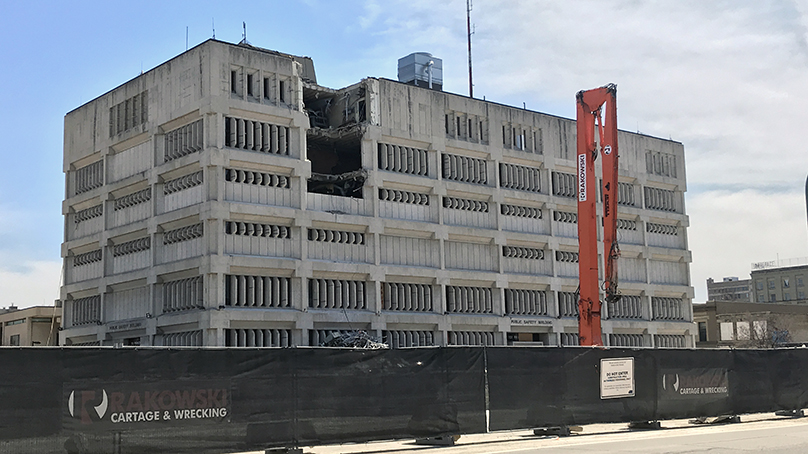 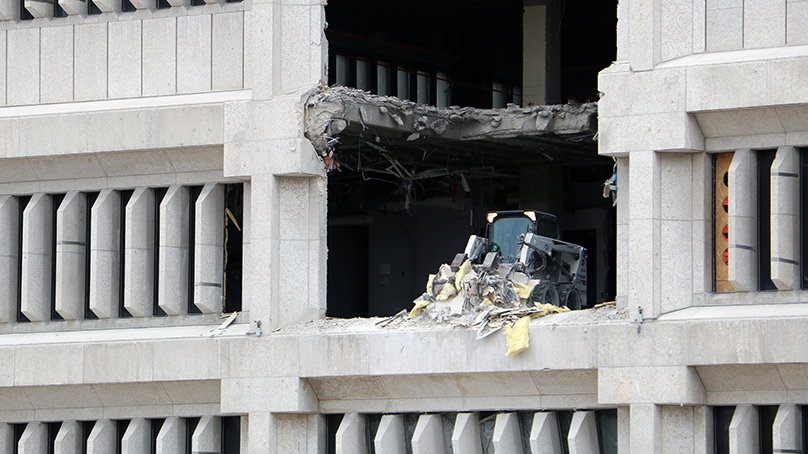 The project required a significant amount of planning and preparatory work before any concrete could begin to fall at the site. Because of the age of the structure and its original construction, crews performed an exhaustive asbestos abatement to begin the project that lasted about six months.

“Even though the demolition happened in stages, dust will still rise and travel during a demolition and it is critical to remove any potentially hazardous materials before stirring that up.”

As the structures were being demolished, the contracted crews had to haul out the considerable amount of debris. In total, crews removed roughly 75 million pounds of materials, which was carried out in over 1,600 truckloads.

“This would mainly consist of concrete, reinforcing steel, electrical wiring, and other materials used in the original construction,” said Piniuta.

“Obviously, there was an enormous volume of materials removed from the site and we were thrilled to report that 97.65 percent of all materials were able to be recycled.”

This major site readying project was conducted as a result of Council’s decision in April 2016 to demolish the buildings and make way for a major redevelopment at the site.

CentreVenture, the City's downtown development agency, has led the public engagement and redevelopment process while working with the City’s Planning, Property & Development department.

The Market Lands is CentreVenture’s vision for the space.