Is your butt to blame? WFPS warns of the dangers when putting cigarettes out 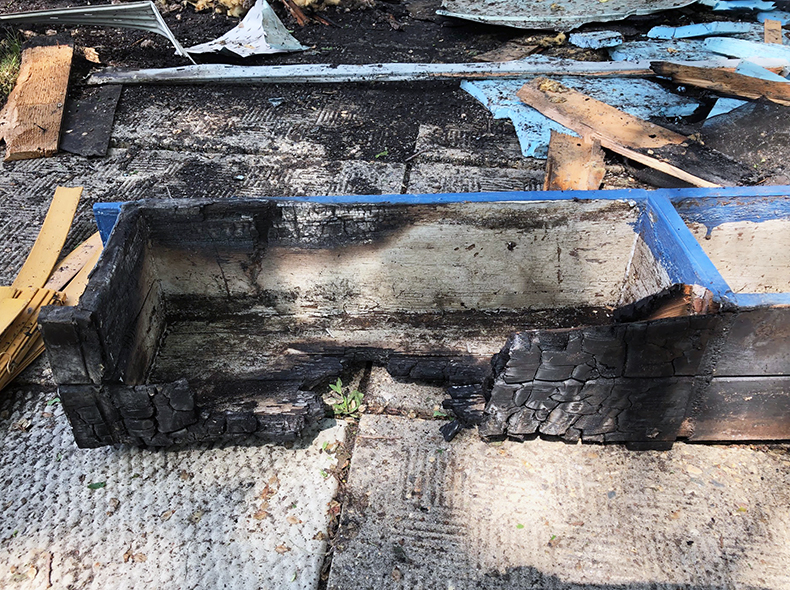 Is your butt to blame? That’s the question the Winnipeg Fire Paramedic Service (WFPS) is asking residents to consider. As the snow dries up each spring, the service sees an increase in the number of fires caused by cigarettes being butted out in planters or other inappropriate containers, in dry grass, or out of car windows.

“Every year the WFPS responds to many preventable fires caused by the improper disposal of smoking materials,” John Lane, WFPS Chief said.

“Every fire is preventable.”

He added that fires caused by the improper disposal of smokers’ materials can cause significant damage and puts lives of residents and responders at risk. Over the past few years, firefighters have battled a number of significant blazes of this type, including a large apartment complex fire on Beaverhill Boulevard in August 2018 which caused millions of dollars in damages.

”The Beaverhill Boulevard fire was incredibly dangerous for the residents and also for our responders,” said Lane.

“We were very lucky no one was hurt in the fire.”

Smoking materials should always be extinguished in an ashtray or deep and wide metal containers filled partway with sand or water.

When disposing of butts in the trash, they should always be doused with water first. Butts should never be thrown from car windows or on the ground, particularly near vegetation. Also, butts should never be extinguished in planters like the ones commonly used as décor on patios, decks, and balconies.

“Butts should never be disposed in planted pots or grass.”

He goes on to explain potting soil is a mix of dirt and a number of combustible organic materials such as peat moss, shredded wood, and minerals. When you put a butt into a planter, particularly when conditions are dry, it can smolder for several hours. Once the container heats up, it can crack, giving the smoldering material oxygen and the opportunity to spread to other combustibles such as decks, balconies, walls, etc.

He said it is important for residents to take a few simple steps to protect themselves and their property from purposely set fires.

Residents should only put their garbage and recycling carts as well as yard waste out on their collection day. This helps to eliminate potential fire hazards.

Reshaur urged residents about the importance of having a home escape plan in the event a fire occurs on your property.

“Make sure to not only develop the plan, but to regularly review and practice it with your family,” he said.

“Keep garbage, yard waste, or bulky waste, such as old furniture, away from your home, garage, and fence,” Reshaur said, adding residents should contact 311 to arrange for the bulky waste to be picked up.